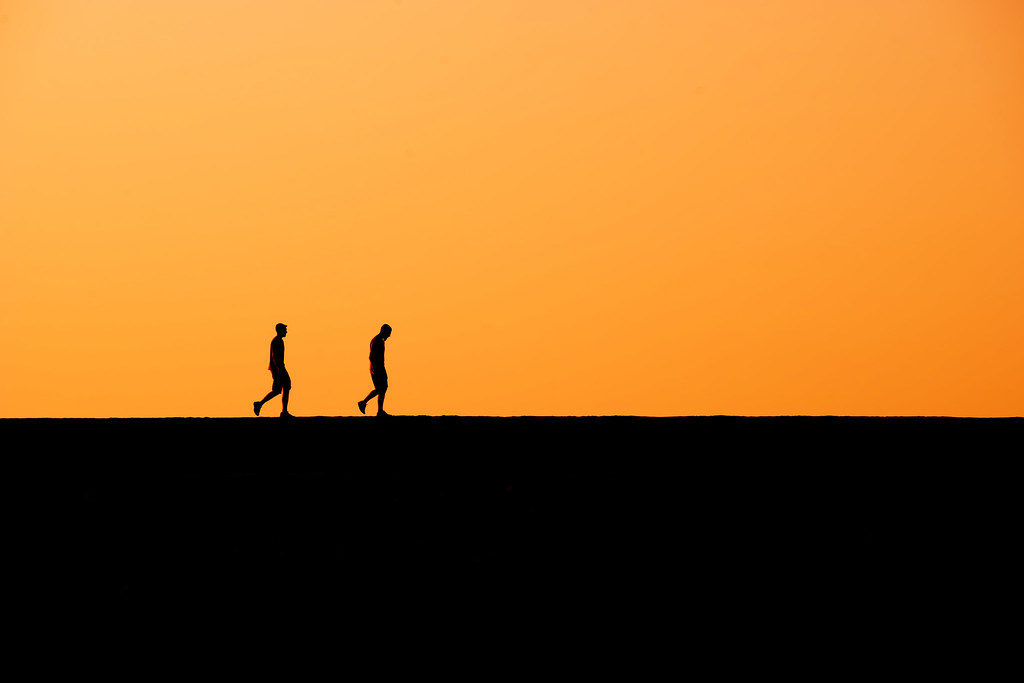 In today’s gospel reading, Jesus sends his twelve apostles to go and invite the people to change their attitudes towards God. Jesus orders the twelve to travel light, not carrying with them anything except sandals and a staff. There is an urgency in the preaching of the good news and the messengers need to travel light to be able to reach a wider circle of people.

Moreover, Jesus sends the twelve in pairs. It would have been much more practical to send them out on their own, then there would have been twelve different missions happening at the same time, and not only six, but the witness of two is stronger than that of one! Later on Jesus was to tell his disciples: ‘…where two or three are gathered in my name …’ (Matthew 18:20), and ‘…that they may be one …’ (John 17:21).

The witness given by people living together in community, living and loving one another, is much stronger and more convincing than the message of an individual!

In the history of spirituality one reads that St Augustine only accepted candidates for the priesthood in his diocese those who were ready to live in community. Moreover, St Maria Maddalena de Pazzi preferred imperfect actions done in unity to perfect ones in disunity! Vatican Council II in the decree Ad Gentes declares: “In order that the goal might be attained and results obtained in working for the missions, all missionary workers must be of ‘one heart and one soul’ (Acts 4:32).” St Pope John Paul II wrote in Novo Millenio Ineunte: “To make of the Church, the house and the school of communion; this is the big challenge which we have to face at the beginning of the new millennium …. Before programming concrete initiatives, we have to promote a spirituality of communion …”

In the constitutions he wrote for his Missionary Society, the Servant of God Joseph De Piro did not include a section with the heading: ‘Community Life,’ or ‘Fraternal Life,’ etc. Rather he wrote about what the 1917 Code of Canon Law called the root and foundation of community life (cf. CIC 602); De Piro wrote about ‘charity’ (cf. fascicle 2).

“All must be convinced of the great necessity to maintain among us the closest bond of mutual charity. The Society will be vigorous in the measure of the unity that exists among its members. Its ministry for the glory of God and the good of the souls depends on this.

Such a bond of unity can be obtained if one is prepared to put up with the defects and bearing the burdens of others in the community; St Paul says: “Carry each other’s burdens” (Galatians 6:2). This bond can also be strengthened by putting aside one’s interest to promote that of the others. St Paul adds: “Charity is patient,” because it tolerates the harm it receives; it “is benevolent,” because it repays evil with good. “It does not envy,” because charity lacks all envy; “it does not boast,” because it does not give importance to external things; “it is not proud,” that is, it is not unjust, malicious or ambitious, because God is enough. “It is not self-seeking,” because it does not consider anything its own except God alone. “It is not easily angered,” not easily offended, and does not seek revenge for any offenses received; “it keeps no record of wrongs,” indeed, it always has a good opinion of everyone.

Everyone needs to be cautious in the way he speaks about himself and the others, and should always avoid having a low esteem of his brothers. On the contrary, each one is to consider his brothers as superior to him and avoid showing them any lack of respect. Apart from those assigned with authority by the Superior, no one can command or reprimand another.

Without over-taxing himself, each one is to try to please the others and to be of assistance to them, whether asked or not.

In the exercise of mutual correction, the Missionaries are to be moved by the right intention, and are to do this with a delicate love.

They are always to be ready to reconcile themselves whenever, through human weakness, there is division between them; each one is to consider it an honour to be the first to ask for forgiveness, even if he was the one who was offended. This reconciliation should not be postponed for the following day, as St Paul says: “Do not let the sun go down while you are still angry” (Ephesians 4:26).

When they live in charity Missionaries would have the consolation to be able to repeat with St Paul: “I try to please everyone in every way. For I am not seeking my own good but the good of many, so that they may be saved” (1 Corinthians 10:33).”

In his secret will De Piro wrote:

“… To all members of the Society, without any distinction, superiors and subjects alike, I earnestly request that they do their utmost to love one another in Christ. They must be certain that nothing more than love will glorify God, benefit the Society and be of spiritual advantage to them and their neighbour, according to the words of our Father St Paul.”