Precisely on this day, 21st June 1927 our founder Joseph De Piro sent the first Missionary from our Society, our beloved Bro Joseph Caruana to Abyssinia modern-day Ethiopia. He remained there for 48 years without ever returning to his native country. To commemorate this day we are publishing a historical note that described what happened on this day and its implications for our Missionary community.

On the 21st of June last year, at about 5:00 in the evening, at Saint Joseph’s Orphanage and at other houses related to the Society of Saint Paul, grief and joy came together at the departure of a catechist of this society, Brother Joseph Caruna. Here I imagine you asking me how can sorrow and joy be together; one can be either joyful or grieve. There was sadness because I am sure that all who knew him know enough how useful this brave and enterprising young man could be towards the institute and especially towards his beloved Society which he loved with a love similar to a boy’s love for his mother since childhood.

Joy also reigned because these people knew how much good this young man would do; a large number of unbelievers he would attract to God. You should have seen this catechist! He was full of courage and God’s grace, leaving his superiors and his brothers of the same company, leaving his poor mother and father, and finally leaving his dear motherland to go to such a far off place – a place of which he did not have even the least idea, among pagans and above everything else, alone and seemingly abandoned by everybody. What human bravery! Such real missionary courage! when you see this type of person, one full of love and God’s zeal go to the missions to attract innumerable souls in His bosom, would you not feel joy welling up in your heart?

Then how much happier should his superior and brothers be when they see that this Institute is already bearing beautiful fruit although it has been erected for only a few years! It wants to be dispersed not only in our islands but also in other countries; it wants to be beneficial in foreign countries, too. What a great consolation! How do these missionaries encourage us so that even we are persuaded to go and proclaim the gospel of Christ without fearing anything, so to say so that their heart overcomes anything that is fearful in this world!
Let us go back to what we were saying. What luck and great grace this catechist has to be the first missionary of this company. In truth, from the first day he joined this Institute, he was always praying to God to send him to the mission. See how God really hears our prayers. His wish was accepted after seventeen years and he gave him the grace he had asked. From the day he joined the Company until he left for the mission land, he always prayed and never gave up. Like him, we should also pray that Christ sends many missionaries in his vineyard and especially in this Maltese Company of Saint Paul, whose Founder is also Maltese. Let us pray that one day it would do great good among many peoples, and honour Malta and the Church of Jesus Christ. This is something that greatly encourages us.

Saint Paul: Almanac of the Institute of the Missions(1928) 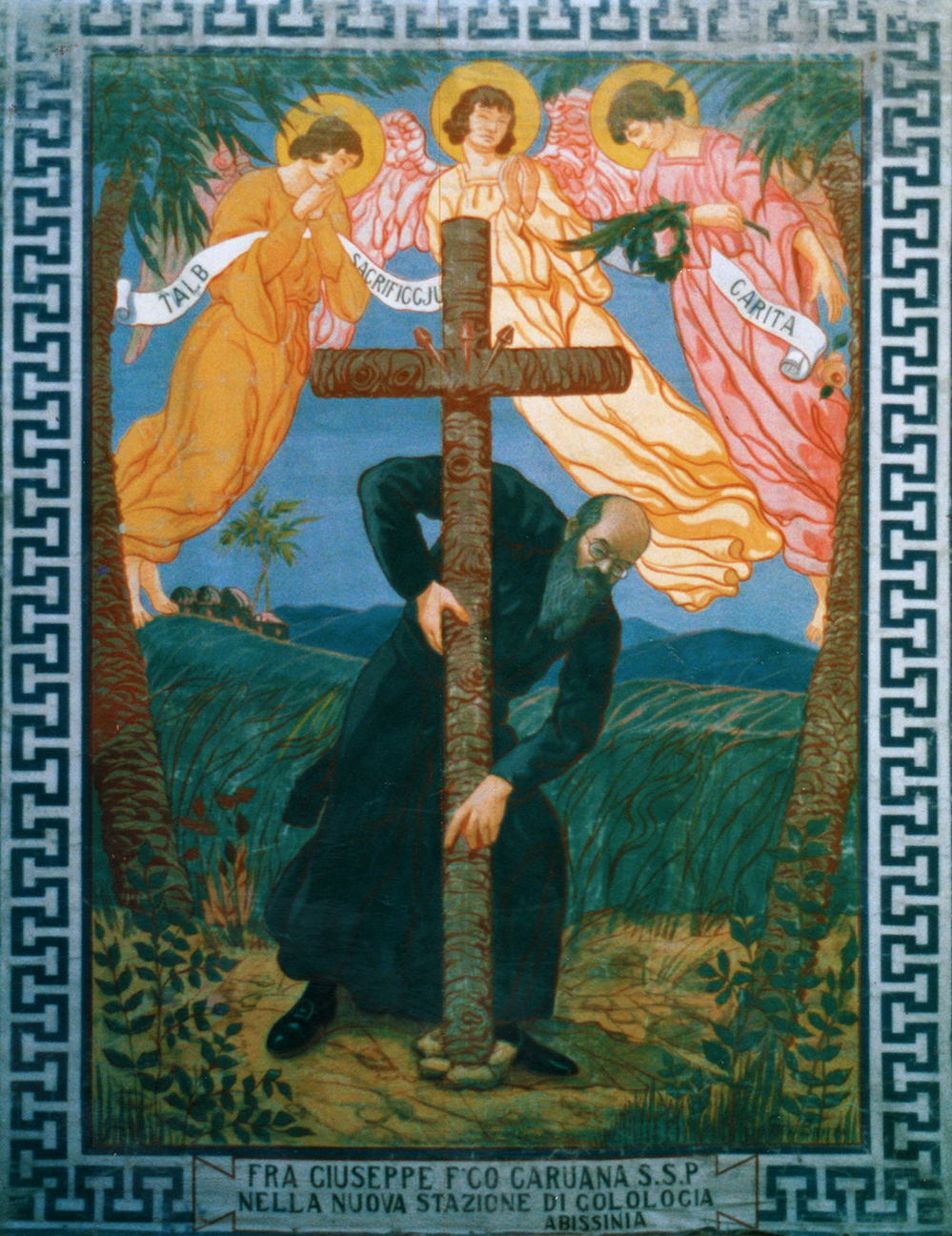 A painting depicting Bro Joseph Caruana ssp, planting the Church in the Abyssinia