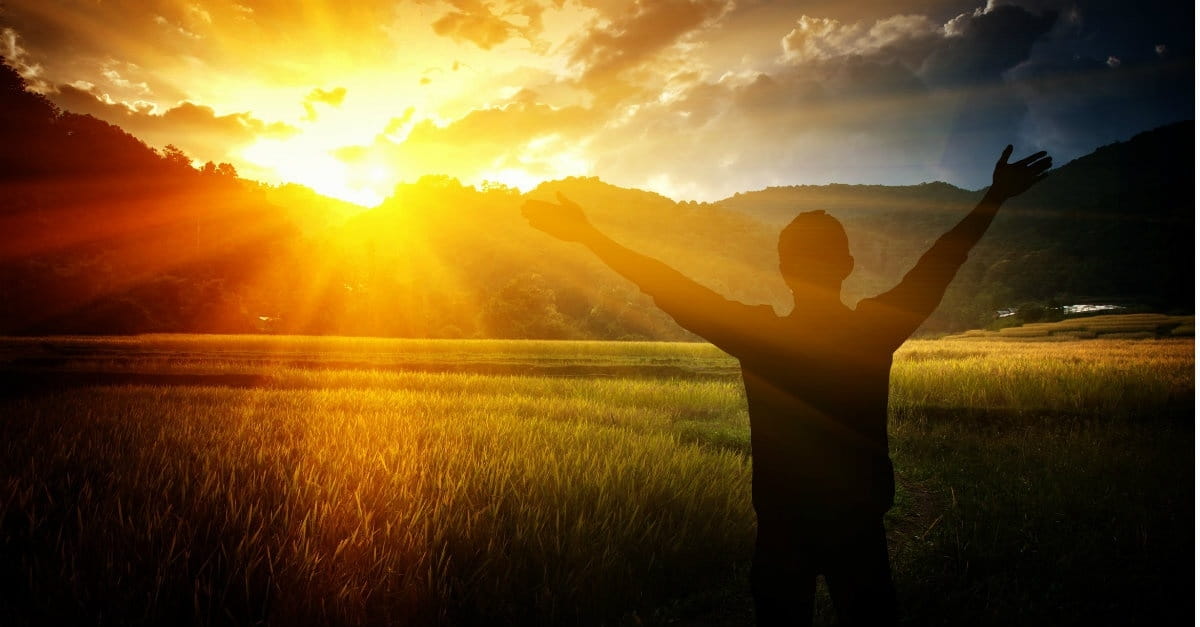 The apostles and the early Church tried to understand the meaning of the resurrection and of Christ’s teaching. Two thousand years later we often take these realities for granted, we come after two thousand years of history of Christianity and teaching. For the apostles and the early Church this was all new. What does it actually mean that Jesus rose again from the dead? What will happen to us when we too rise from the dead? When we question these truths and doubt certain aspects of our faith, we are in good company.

In the gospel narrative Jesus tries to explain to the stupefied apostles that he is truly risen. For those who believe in ghosts, these are the spiritual presence of a deceased person. If the Jesus who appeared to the apostles were a ghost, this would have meant that he was still dead. Instead Jesus proves to the apostles that he has a glorified body, because he is truly risen. We do not understand what a glorified body looks and feels like, Jesus shows the apostles that in his risen body he could also consume food; ghosts are bodiless souls and cannot eat or drink!

In the first reading Peter invites the Jews to be converted and to believe in Christ. They need to turn away from looking away from Christ to looking towards Christ and to believe in him and his teachings. Conversion does not only imply leaving sin behind, but also to change our way of life to reflect our new life in Christ.

Who was the Jesus Christ the Servant of God believed in?

In his sermons, Joseph De Piro spoke about the love of the Father in a special way through the various mysteries of Jesus. The incarnation of the Son of God, his passion and crucifixion, Jesus in the Holy Eucharist and his Sacred Heart were central themes.

When he preached about the incarnation of the Son of God, De Piro could have emphasised Jesus’ poverty, his humility, his being announced first to the Jews and then even to the gentiles, etc. He could have also spoken about humanity’s lack of gratitude for the creator of all and everything. Instead, the Servant of God emphasised God’s coming among us, and his becoming one like us humans.

The expressions used by De Piro in his sermons, to refer to God’s coming personally among us to save us, speak clearly of the Father’s love to us expressed in his Son. When speaking about the incarnation, De Piro emphasised Jesus’ becoming human like us: ‘the Word made man,’ ‘incarnation of the Word,’ ‘God made man,’ ‘became man,’ ‘God the almighty came down from heaven in order to become man like us,’ and ‘in the incarnation the divine nature is united to the human nature.’

Reflection: One must really love another person for him to become like that person.

Years after he had drawn the face of the suffering Jesus, Joseph De Piro repeatedly referred to the passion of Jesus. Jesus’ suffering was another way how God could become one with the suffering humanity. “In the other mysteries, divinity reveals itself. On Calvary it is the centurion who declares: ‘This truly was the Son of God’. It was not enough for him not to appear as God; he did not even seem to be human. St Thomas says that notwithstanding this, it is the greatest miracle of Christ.’” Here Jesus is in absolute solidarity with the vulnerable humanity.

Reflection: “No one can have greater love than to lay down his life for his friends” (Jn 15:13).

The Eucharistic expressions De Piro used in his written sermons indicate God’s love that makes him come in us: ‘The last moment consists in the most intimate union with us …,’ ‘… in the Eucharist he is united to each one of us …,’ ‘… that Jesus, of Betlehem, of Nazareth … is within you, his heartbeats and yours are one,’ ‘… what Jesus does to be united with us …,’ ‘… we who have our God so near to us in the Blessed Sacrament of the altar, not figuratively, not as a shadow, but in reality …,’ ‘… as a father among his beloved children, as a shepherd among his sheep …,’ ‘… he decided to stay among us …,’ ‘… in the Eucharist … our heart becomes one with the heart of Jesus, his spirit becomes one with our spirit …,’ ‘… Jesus … is always eager to be united to us.’

Other quotes by De Piro about Jesus, who becomes personally one with us in the Eucharist, are longer.

Reflection: For Joseph De Piro, the Eucharist was the continuation of the incarnation. It was the Sacrament instituted by Jesus to become one with us.

The Sacred Heart of Jesus was, for the Servant of God, nothing less than the abode of the divine love, and therefore, that which saves us continuously. ‘But where did this divine love dwell after coming down from heaven?’ De Piro asks in one of his sermons. He answered: ‘It lived in the Sacred Heart, that most noble part of the human nature that had been united to the divine. It inhabited the most Sacred Heart of Jesus …. As the rudder guides the ship, so also this divine heart, full of love, coming down from heaven, guides the thoughts, words and actions of Jesus. It is because of this that the gospel composed the most beautiful words of praise: ‘He walked by, doing good everywhere.’’

Even without the crucifixion, there would have been a place for devotion to the Heart of Jesus:

“For our redemption it would have been enough that the Sacred Heart of Jesus produced the blood and gave life to the body of Jesus, making it possible for him to do both human and divine acts at the same time. Because every free act of Our Lord Jesus had an infinite value and therefore could redeem us without any suffering …”

However, the suffering of the Sacred Heart that reveals Jesus’ love to perfection, ‘It is the same with Jesus. Tell him that he could have saved one drop of blood with which his Divine Heart functioned. He would not.’

On 22 August 1916 Joseph De Piro wrote to Cardinal Filippo Giustini, Prefect of the Congregation of Rites asking him to allow the members of his Society to be ordained under the title of missionaries. De Piro wrote:

“From the beginning to this day, each day has had its heavy burdens. I have had disappointments and suffered humiliations. Three seminarians, in whom I had placed my faith, left, and this hurt me, for they had been very promising…. Moreover, Divine Providence has never failed to lighten my burdens. I do not wish these events to overshadow others which have given me great joy .…”

On 3 October 1932 De Piro organised for the blessing and laying of the foundation stone of our Motherhouse, St Agatha’s. In his welcoming speech the Servant of God said:

“Unless the Lord builds the house, the builders labour in vain (Ps 127:1)

These divine words kindle in us a total trust, without any reserve, in God’s help. Better still, they give us a strong faith in the first movement of the Principal Agent. They have already been chosen and placed at the beginning of the rules which guide the new Missionary Institute which gathered us here for the benefit of its increase and prosperity. These words are, no less fitting and worthy to be remembered today.

As everybody knows – dear Archbishop – God’s works, and not ours, bear contrariety as a sign and as an ornament. For the span of about fourteen years, in the work we have before us, in our hands, there have been so many difficulties, one after the other, that they could have tired any person. But, since it was God who set to work at the task, His servants never lacked courage. Moreover, like a firm and sweet breeze, God’s spirit … filled the sails of our poor boat, troubled by the waves.”