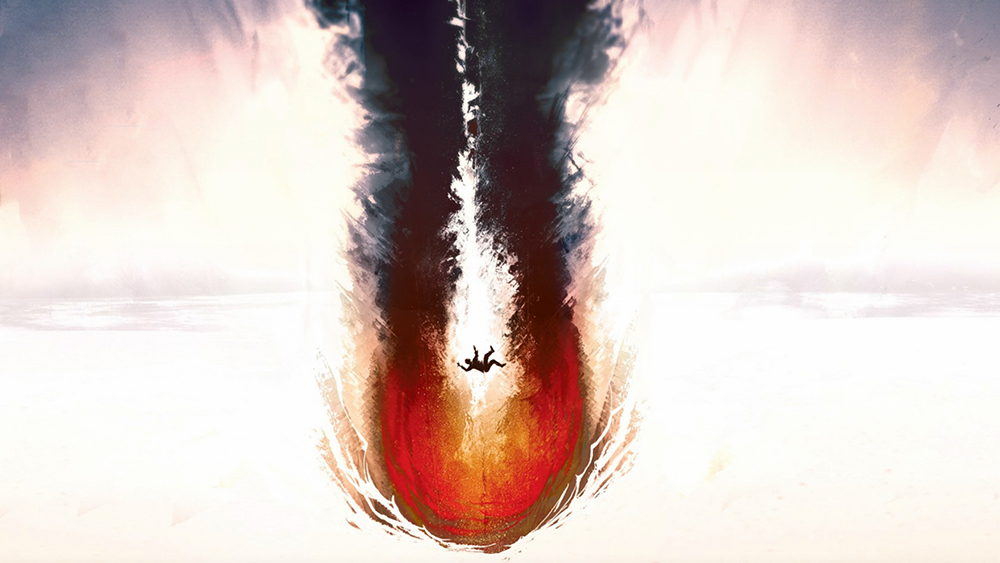 Many times, we do not speak about conversion as something we fall into! However, this title kept on coming to my mind and at face value it is not hard to understand “why?” given that we are celebrating the conversion of Saint Paul. Yes, Paul had a fall on his way to Damascus, and this episode became a life changing event for him. The more I thought about it, the more I realised that we use the same expression for love: we fall in love. When unexpectedly someone enters our life, a soulmate or a community fills a void, suddenly our life reorientates itself, giving it a different meaning and a new sense of direction. No matter how hard we try to simulate love, we do not walk into it by self-determination and will, but being greater than us, it draws us in like gravity, changes out paths and makes us fall into a new orbit.

Like love, conversion has a past where events, both external and personal, just seem to happen and something new is born. It has a present into which we fall, bear the consequences and are marked by them. I suspect that “the after” is a bit trickier! Unlike any material possession faith is a stance between two poles: the earthly and the divine. It simply cannot be possessed but experienced. The after of conversion is about doing the same things, living in the same family and community, doing the same work but from a different perspective.
What is this perspective? If we let Paul be our guide, we have a real model for our spiritual conversion. The perspective is “the fall”. The proud, self-righteous and powerful Saul the Pharisee, was heading resolutely towards an easy target: a group of runaway Jews who were trying to grapple with a new revelation in the person of Jesus. Saul was doing well; certain about his faith and motivation. Out of the blues he hit a wall. Stunned, blinded, humiliated he had his first fall. The aftermath of this fall was a pretty rough ride till the end. I suspect that nothing would have changed Saul into Paul, if not a real hard blow. I suspect that nothing will convert us if not a good fall.

We all know falls. A sudden, unexpected disappointment or betrayal in life; a realisation that a relationship or a community which sustained me for a long stretch of time is limited with little possibility of change; an awareness that I have grown old, out of life choices and even more dependent on others. The list is as endless and creative, as Paul’s many moments of conversion were. With every fall Paul was being divested of his old self and becoming more naked, vulnerable and malleable. After the Damascus event Paul had to flee for his life, experiencing what it meant not to belong to the mainstream religion with all its protections, privileges and perks. He had to be shipped back to Tarsus from Jerusalem, realizing that his newly acquired enthusiasm was bringing more harm than good. Years of solitude, back home, and doubts whether the original conversion event was divine or a figment of his imagination, were yet other slow conversions. Even after his reintegration into the Christian community, there were ever so many fights, misunderstandings, deserters from the mission, and a whole long list of dangers and setbacks he suffered on his missionary journeys (2 Corinthians 11: 25 – 27).

Conversion is a build-up of falls that guide us out of half-hearted commitments, towards a total surrender – hopefully done with an inner calm and freedom.

Paul had to fall, and fall, and fall. This was the way God was moulding him along the way, till the very end. In the meantime, he did what he knew best. He travelled, preached, formed communities and confronted religious authorities. With every year that passed he did all this in a more Christlike manner. Faith is not about acquiring certainty: certainty is actually the antinomy of faith. Faith is becoming more naked, divested of all that gives us a fake security, realising that we do not have it all. How subtle the temptation that we run our lives on a second-hand faith and never fall into our own! Like love, this conversion (towards Christ) cannot be manufactured. God in His providence will provide it, more probably in the form of a fall rather than some beatific vision or in the prescribed convictions of somebody else’s beliefs. We need not run back to Jerusalem, to our fake safeties. Rather, once we start casting away some of the old hard skin (remember the crust falling from Paul’s blinded eyes?) we must be ready for more. More kenosis (emptying), more falls, more leaving behind. St. John of the Cross refers to it as the “dark night”, and a 14th century, mystic, called it “The Cloud of Unknowing.” This is not pessimism or dark spirituality. We have said it in the beginning that faith reaches out for the divine from an earthly footing. Thus, we must expect contradictions, altered perspectives and the inevitable surrender to what is greater than us. Christ’s final fall (kenosis) was on the cross where God’s silence was deafening and his life had to pass through death.

Conversion is a build-up of falls that guide us out of half-hearted commitments, towards a total surrender – hopefully done with an inner calm and freedom. It is the disarmament from our infantile stone slinging at each other towards accepting in humility that my brothers and sisters are also falling into conversion. It is a faith lived in the freedom of non-possession rather than a flight into archaic liturgies and religion that hope to give us a restored platform of power and influence.

As Paulist missionaries, we have the best of guides in Paul. But we are also enriched by our spiritual father Joseph DePiro who had his good share of falling into conversion. During this year of pandemic, which is testing our resolve, I think it is a privileged moment, where we go to our Ananias and let him open our eyes to see all that we; as Church, as Paulist Missionaries and on a personal level, have been doing in the name of faith, but was actually something else, and certainly not a fall. The unexpected freed time we might have in our lives, the silences of restricted liturgies, and the calming down of our busy bodies doing a “lot of work for God” is the time in the desert to take stock of what is of real value and salvation.

Wishing you a blessed feast day and an opportunity, as Paulist missionaries, to cast off another layer of resistance to God’s gift of conversion.