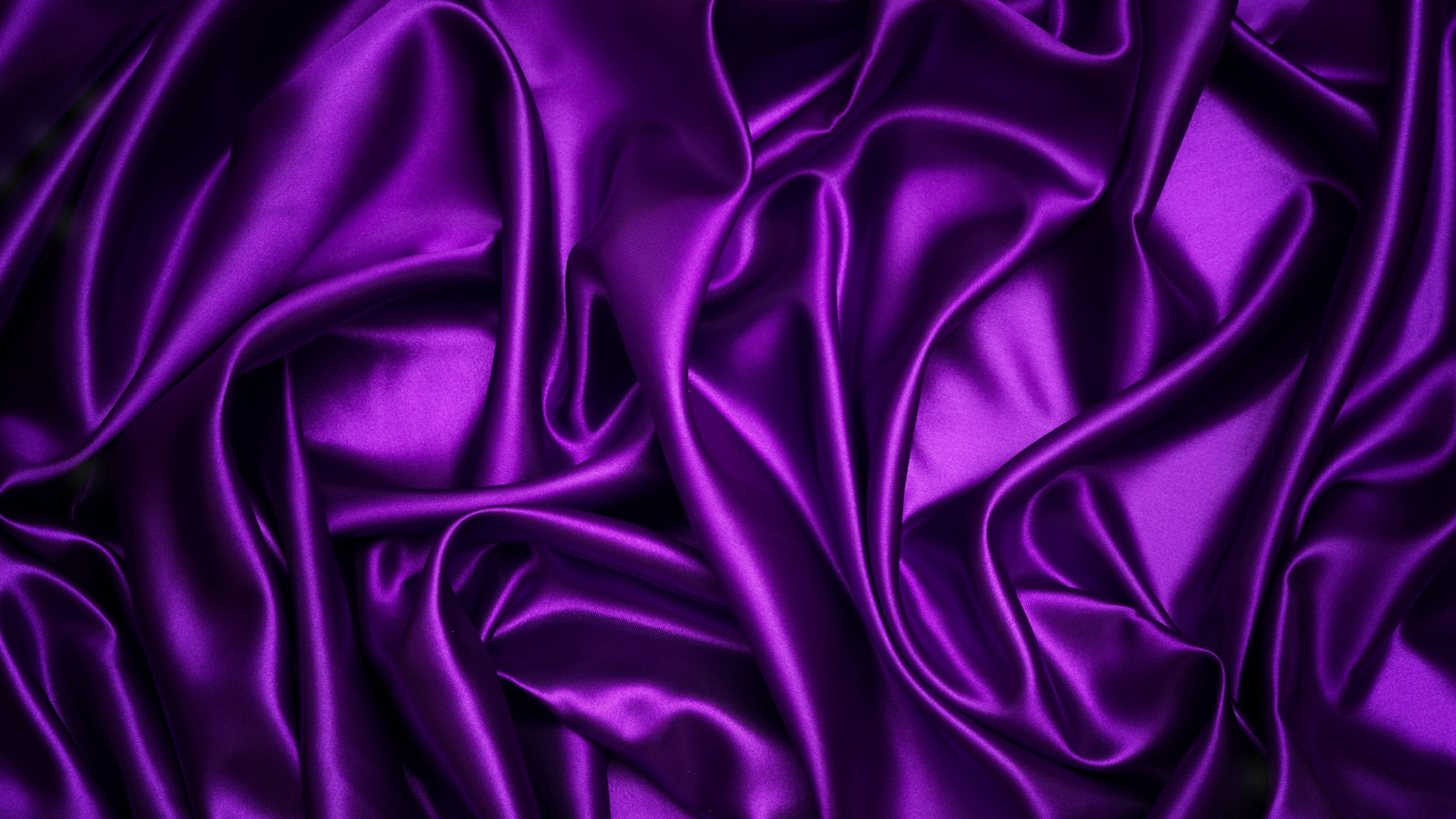 Jesus said to the Pharisees: ‘There was a rich man who used to dress in purple and fine linen and feast magnificently every day. And at his gate there lay a poor man called Lazarus, covered with sores, who longed to fill himself with the scraps that fell from the rich man’s table. Dogs even came and licked his sores. Now the poor man died and was carried away by angels to the bosom of Abraham. The rich man also died and was buried.

‘In his torment in Hades he looked up and saw Abraham a long way off with Lazarus in his bosom. So he cried out, “Father Abraham, pity me and send Lazarus to dip the tip of his finger in water and cool my tongue, for I am in agony in these flames.” “My son,” Abraham replied “remember that during your life good things come your way, just as bad things came the way of Lazarus. Now he is being comforted here while you are in agony. But that is not all: between us and you a great gulf has been fixed, to stop anyone, if he wanted to, crossing from our side to yours, and to stop any crossing from your side to ours.”

‘The rich man replied, “Father, I beg you then to send Lazarus to my father’s house, since I have five brothers, to give them warning, so that they do not come to this place of torment too.” “They have Moses and the prophets,” said Abraham “let them listen to them.” “Ah no, father Abraham,” said the rich man “but if someone comes to them from the dead, they will repent.” Then Abraham said to him, “If they will not listen either to Moses or to the prophets, they will not be convinced even if someone should rise from the dead.”’

This Sunday’s reflection will not be based on the gospel reading, but on the opening prayer of the Mass, which speaks about the power of God in his mercy and forgiveness.:

‘O God, who manifest your almighty power above all by pardoning and showing mercy, bestow, we pray, your grace abundantly upon us and make those hastening to attain your promises heirs to the treasures of heaven.’

Among the many characteristics of the love of the Servant of God Joseph De Piro, one can find his love for those who did not support him.

Despite the fact that De Piro always loved the others, a few persons disagreed with him or were an obstacle in the execution of the plans so dear to him. Since his time at the Capranica College, Rome, and during his stay in Switzerland, the Servant of God had been in contact with Fr Emmanuel Vassallo and Fr George Bugeja. He shared with them his wish that, after finishing his studies, he would join them St Joseph’s Orphanage, Santa Venera. When he returned to Malta, neither Vassallo nor Bugeja invited De Piro to take up residence at the orphanage. Bugeja only contacted De Piro when he needed his help, or the help of the members of De Piro’s society. Joseph De Piro did not feel insulted by this, and gave his support whole-heartedly.

Some members among the Maltese clergy could not understand De Piro’s plan, some who tried to obstruct him. Fr Louis Gatt, one of the first members of the Society, spoke about the Founder’s reaction to the opposition he encountered, “He was never angry with those who created obstacles; he often said that he offered everything for Jesus.”

Fr George Bugeja and Fr John Mamo cooperated with De Piro before the start of the Society and when it started, but left him shortly after. Bugeja returned to the orphanage and Mamo went on to open his own institute. We have no details about his relationship with Mamo after 1910, but we know that De Piro continuously supported Bugeja in his ministry at the orphanage.

Some members of the Society did not always respect the Founder. Fr John Vella, one of the first two to join the Society, admitted: ‘I caused De Piro a lot of trouble; several times I answered him back.” Vella also pointed out that he had never seen the Founder shout at any member who behaved in this way.

Some of the members who joined De Piro’s Society, returned home after having recieved a good academic formation. Other people who saw this were very upset. De Piro’s reaction was different: “It does not bother me that they leave. Rather, I am happy that they would have acquired a good education. They will find that useful. Jesus did not force his disciples to follow him; who am I to do otherwise? God knows how to make good use of the education they have received. The good they received will one day give fruit.” Mother Pacifica Xuereb said that De Piro had paid for the education of a young man from Sicily because he who had expressed the desire to become priest. After having received his education, this young man too changed his mind about the priesthood.

Some people were even hostile towards the Servant of God. Maria Assunta Borg, of the Sacred Heart Workshop, was one of these. De Piro still behaved very charitably towards her. When the workshop was wound up, he entrusted her with the money that remained and allowed her the use of any furniture from the workshop.

During the events of the riots of 7th June 1919, Joseph De Piro was offended on at least three occasion. In the afternoon of Saturday 7 June, the Servant of God was leaving the Valletta Law Courts in the company of lawyers Alfred Caruana Gatto and Serafin Vella. They had been discussing with the Lieutenant Governor how to save the Maltese from the British soldiers who were firing at them. Some people from the mob shouted at them, especially at Joseph De Piro, saying: “You are to blame for this.” Later on, in the afternoon of Sunday 8 June, Caruana Gatto and De Piro were on the steps of the Valletta Opera House trying to persuade the mob to stop attacking the house of Francia. Some criminals from among the crowd started booing at them, swore at them and stole their money. Finally, on the morning of Monday 9 June, Bishop Portelli and De Piro came out of the Bishop’s Palace, Valletta, and were trying to calm down the mob. The Servant of God asked the people what it was that they wanted. Some shouted out, “We want to burn the Bishop’s office.” The Bishop’s office was undoubtedly dear to Joseph De Piro. De Piro responded positively to each of these offences and continued to address them as sons and daughters. Moreover, at the Inquest Commission, he did not mention any of these incidents.

What helped De Piro love those who did not support him:

– God’s love for him, a sinner, and, therefore, God’s enemy

De Piro could not have acted otherwise. During his vocation discernment process, which he wrote at the age of 21, he expressed his reasons in favour and against becoming a priest. One of the reasons listed in favour of his vocation was that he remembered how much God had suffered for him, a sinner and therefore an enemy of God: ‘My desire to dedicate myself totally to God, he who has suffered so much for my sins.’

In a second discernment exercise to determine whether he should join the Ecclesiastical Academy for the Nobility and join the Church’s diplomacy, or to work at St Joseph’s Orphanage in Malta, twice he referred to God’s love for him, a sinner. Here he mentioned God’s love for him, especially in calling him to become a priest, and at the same time his being a sinner, and therefore an enemy of God.

When he preached about God, De Piro often spoke about the Second Person of the Holy Trinity. In the few times he mentioned the Father, he always emphasised God’s mercy and forgiveness for the sinner, God’s enemy, ‘God is patient and waits – not because he cannot punish or because he does not hate sin; but in order to give us more time to repent and do penance.’

On another occasion, De Piro said, ‘God waits for us; God calls us.’ In a sermon about Our Lady, he spoke about the Father as, ‘Our loving Father who knows the weaknesses of his children; a Father of boundless goodness who has not abandoned the sinner.’

When he preached about the Son of God, De Piro said that Jesus’ work of redemption, saving us, his enemies, was his greatest action, ‘The most marvellous value, from which the incarnate Word draws his glory, is, without doubt, his being the Universal Redeemer.’

The Servant of God made frequent use of the Letters of St Paul.  He quoted the letter to the Romans at least thirty-one times. Here he emphasises the glory of God’s love for us. He quoted Galatians 2:20 fifteen times, referring to Christ who sacrificed himself for Paul. When De Piro spoke about the Eucharist, he again quoted Galatians 2:20 to show his awareness of the essence of the Eucharist; Christ’s sacrifice for love of humanity. Moreover, De Piro was convinced of his sinful humanity.