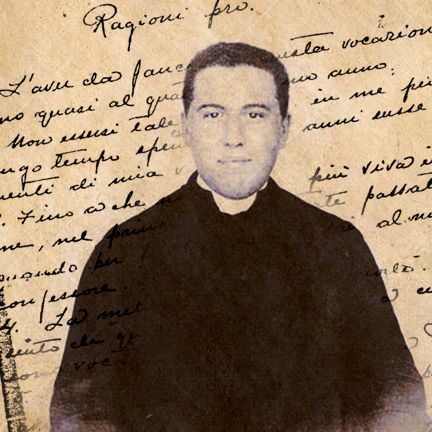 Joseph De Piro, was born on November 2, 1877, the son of a very wealthy family. At a time when the Maltese economy was struggling, Joseph grew up in a very protected environment, both his parents descended from very wealthy families. His father belonged to the Maltese nobility, at a time when this was still a very prestigious section of the population.

As a young boy and in his adolescent years Joseph was a very lively and sociable person. The De Piro mansion in Mdina was next door to the cathedral church and from the roof of their house, Joseph and his brother could easily climb onto the roof of the cathedral, scramble up the drain pipes and onto the church dome, in search of bird nests. As a high school student, Joseph was a promising young artist. He produced a number of paintings in pencil and in oil. He also participated in national competitions and, at least on one occasion, won a prize.

The British colonial government was trying to establish a small army to enlist the local population to fight alongside the British if they needed to defend the islands. Few among the Maltese liked the idea. In order to assist with this endeavour, some members of the nobility enrolled their sons. Joseph spent some time as a soldier and, since he came from a noble family, could have easily advanced up the ranks.

After finishing high school at the Lyceum, which formed part of the University of Malta, he was one of the few to enrol as a University student. He was first expected to complete a three-year course in the Arts before he could proceed to the Law degree. This was not Joseph’s choice as he would have preferred to join the diocesan seminary and start preparing for the priesthood, but his father stopped him from pursuing this vocation. As an alternative Joseph decided to become a lawyer to be able to offer his services to the poorer members of the population.

Following his father’s death in January 1898, as Joseph approached the end of the first year of his Law degree, he determined to abandon his Law course and start studying for the priesthood.