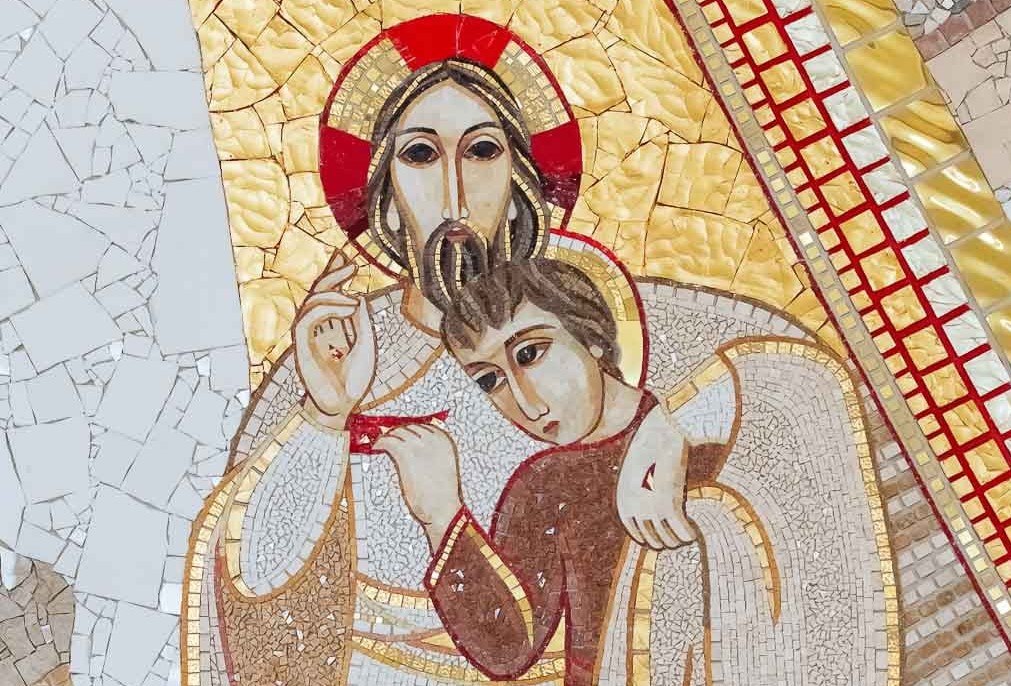 In the evening of that same day, the first day of the week, the doors were closed in the room where the disciples were, for fear of the Jews. Jesus came and stood among them. He said to them, ‘Peace be with you,’ and showed them his hands and his side. The disciples were filled with joy when they saw the Lord, and he said to them again, ‘Peace be with you. As the Father sent me, so am I sending you.’

Thomas, called the Twin, who was one of the Twelve, was not with them when Jesus came. When the disciples said, ‘We have seen the Lord’, he answered, ‘Unless I see the holes that the nails made in his hands and can put my finger into the holes they made, and unless I can put my hand into his side, I refuse to believe.’ Eight days later the disciples were in the house again and Thomas was with them. The doors were closed, but Jesus came in and stood among them. ‘Peace be with you’ he said. Then he spoke to Thomas, ‘Put your finger here; look, here are my hands. Give me your hand; put it into my side. Doubt no longer but believe.’ Thomas replied, ‘My Lord and my God!’ Jesus said to him: ‘You believe because you can see me. Happy are those who have not seen and yet believe.’

There were many other signs that Jesus worked and the disciples saw, but they are not recorded in this book. These are recorded so that you may believe that Jesus is the Christ, the Son of God, and that believing this you may have life through his name.

A few years after the Servant of God Joseph De Piro concluded his two years as Rector at the Diocesan Major Seminary, Mdina, a newly ordained priest, who had been a seminarian during De Piro’s rectorship, asked him to deliver the homily at his First Solemn High Mass. On this occasion the Founder spoke about the priesthood, focusing on evangelisation. He presented evangelisation as being the main ministry of every presbyter. In this sermon De Piro spoke about his understanding of faith.

Those who really love their country are happy with the progress that science is achieving. However, irrespective of how much progress has already been achieved, society always needs a light that guides it towards to harbour …. That is why religious instruction is absolutely necessary; society needs to be educated and trained how to behave in God’s sight … where there is no Jesus Christ there is no light but darkness, no truth but error, no life but death because only Jesus Christ can say what he said: “I am the way, the truth and the life” (Jn 14:6).

My dear ones, every time that error … starts to spread in a country … when egoism rules and the poor, the widows and orphans are treated badly, it is Jesus … that preaches evangelical charity, and with an apostolic courage reminds everyone about justice. When families are ruined it is faith that intervenes to reconcile the members. It is faith that offers words of wisdom to all, young and old, rich and poor; and the message is always the same: love God, love one another, live the virtues and avoid evil.