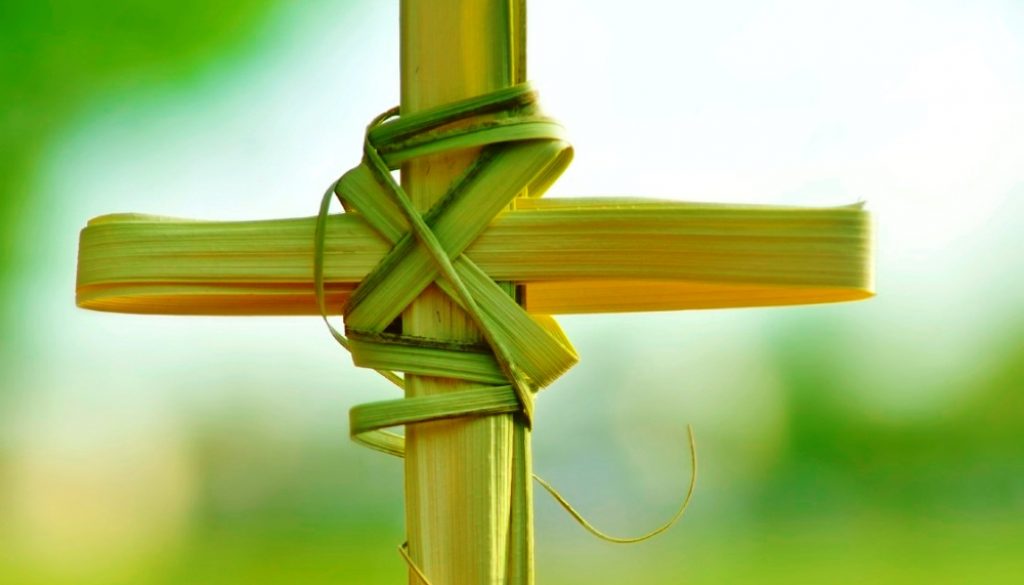 When they reached the place called The Skull, they crucified him there and the two criminals also, one on the right, the other on the left. Jesus said, ‘Father forgive them; they do not know what they are doing.’ Then they cast lots to share out his clothing.

The people stayed there watching him. As for the leaders, they jeered at him. ‘He saved others,’ they said ‘let him save himself if he is the Christ of God, the Chosen One.’ The soldiers mocked him too and when they approached to offer him vinegar they said, ‘If you are the king of the Jews, save yourself.’ Above him there was an inscription ‘This is the King of the Jews.’

One of the criminals hanging there abused him. ‘Are you not the Christ?’ he said. ‘Save yourself and us as well.’ But the other spoke up and rebuked him. ‘Have you no fear of God at all?’ he said. ‘You got the same sentence as he did, but in our case we deserved it; we are paying for what we did. But this man has done nothing wrong. Jesus,’ he said ‘remember me when you come into your kingdom.’ ‘Indeed, I promise you,’ he replied ‘today you will be with me in paradise.’

It was now about the sixth hour and, with the sun eclipsed, a darkness came over the whole land until the ninth hour. The veil of the Temple was torn right down the middle; and when Jesus had cried out in a loud voice, he said, ‘Father, into your hands I commit my spirit.’ With these words he breathed his last.

On Palm Sunday the main celebration starts with the reading of the gospel narrating the triumphant entry of Jesus into Jerusalem. This gospel starts with the words: “Jesus went on ahead, going up to Jerusalem.” These words remind us of the words we read in the gospel on Holy Thursday: “I have given you an example so that you may copy what I have done ….” The Servant of God Joseph De Piro lived these words of Jesus. He lived what he expected and exhorted the members of his Society to do, even to the cross.

The Cross: Power of the Missionary

One cannot speak of a truly Christo centric spirituality without a reference to the cross as the path to new life. De Piro calls the cross, “the most powerful weapon against one’s enemies.” In line with Pauline theology he knew that the message of the missionary is “Christ and Christ crucified … power of God and the Wisdom of God” (1Co 1:23). Herein lies the challenge to follow Christ. De Piro’s faith challenged him to see the cross as a sign of God’s presence. He held that:

To find his cross the Christian, does not need … to undertake long journeys and strain himself. What he has to find is not a material cross, but a spiritual one, which lies around him and behind him in such a way that if he were to flee from it or avoid it, he would not succeed.

Hans Kung says that, “Faith is challenged to see the cross as a sign of God’s presence in God’s very absence, as a sign of life through death. The following of Christ does not imply simply imitation. It means to act in a way analogous to and correlative with Christ’s way of acting … the message of Jesus Christ must always be translated.” (Hans Kung, Mission Trends Volume 1, (New York: Paulist Press, 1974) 107). Through his union with the Lord, De Piro was able to accept in faith the cross in his life. He was convinced of the Lord’s love: “Who will separate me from the love of God?” Even when caught in the web of meaningless and suffering De Piro never lost hope in the Lord.

This process of being one with Christ in his suffering meant for him absolute dependency on God. The cross of the Lord meant for him a deep conviction that in his insecurity, anxiety, darkness, loneliness and failure God was always there for him and with him. This attitude of trust is seen at its best when De Piro faced the death of some family members. He was able to unite his humanity with his spirituality: “It is natural for us to weep when our heart is breaking with sorrow, but when God permits that we should suffer, this very grief becomes our treasure.”

The Cross made it possible for De Piro to see meaning in very difficult situations, to hope against all hope and to trust in his dreams and his call: “I thank God for visiting us, in the midst of our rejoicing, with some set-backs. After all, He is quite capable of using this mishap for the good of the work that is coming to life.” In the words of Hans Kung, the virtue of hope inspired by the crucified Christ made him able not only to act but also to suffer, not merely to live but also to die.

I shall go into two main features from De Piro’s life that show how he lived this attitude; when some of first members left his order and his deep faith in the providence of God.

A constant matter for disappointment was some members were leaving the Order. He writes:

From the beginnings to this very day, each day has had its heavy burden. I have had disappointments and suffered humiliations. Three students, in whom I had placed my faith, left, and this hurt me, for they had been considered very promising at the Institute. On the other hand, Divine Providence has never failed to lighten my burdens. I do not wish these events to overshadow others which have given me great happiness.

The above quote shows clearly an ability to feel the hurt and to unite his suffering with the Crucified Lord in full trust of divine providence. De Piro’s reaction and his deep compassion for those who left the Order is impressive. He was so united with Christ that the attitude of Christ was his guidance in such situations:

One day a priest who was deeply spiritual … told De Piro: ‘Don’t you see people are fooling you, and robbing you.’ De Piro calmly answered with his typical kindness of heart, so much a part of his nature: ‘no … never mind if they get free schooling and then leave me. What they have learnt will not be lost, and for me, it is enough that I have done some good. In time to come they will remember the benefits they received. Jesus never forced any of his Apostles to remain with Him, so how can I compel these young boys to do so …. Good may come from the very fact that they joined the Society and then left it.

De Piro knew that true love leads to freedom and not domination. “When an action is done for God’s glory, there is to be no fear of any frustration.” In face of all difficulties he could not but feel that “this hope of ours seemed to be thwarted by mysterious adversity, as if we would never be able to realise it. However, whatever God wills nobody and nothing can impede.” Faith in the crucified Lord permitted him to experience internal freedom in belief that: “when we work for God’s glory obstacles abound, but our heavenly Father’s loving hand has been extended to aid his faithful servants.” He was more than convinced that he was the steward and not the owner; the dream was God’s and not his. This helped him never to despair. When caught in situations where success was totally absent he persevered and prayed: “May we be strengthened in the truth that God started this work and that our hope in God’s help, which is so necessary will be strengthened.”

Such deep spirituality of acknowledging one’s limits and limitations and believing in what was humanly speaking impossible, lead De Piro to a deep belief in the providence of God.

For Joseph De Piro, God’s providence meant a deep trust in the Lord of history. He believed in an attitude of active passivity and of trusting the guiding hand of God. His trust in God “who does not fail in his promises” translated itself in a deep conviction that all will be well.

De Piro’s trust in Divine providence meant a belief and a certainty “that we can say that our work, in its foundation, was moved and lead by Divine providence.” Whatever happened to him did not happen just by chance but “in his great providence God reserved this work to the society of missionaries.” All this points to De Piro’s conviction that mission has its origin in the heart of God. God is the source of this sending love in which he felt privileged to participate and give his share.

The smallness of his Order did not make him loose heart. On the contrary he saw the humble beginnings in line with the Gospel:

“The gospel event of the widow’s mite encourages us, to look upwards and put our hope in him who is our most beloved father because when God is building those who build the walls do not labour in vain… God’s power, which made everything out of nothing and the power of Jesus who fed thousands of people from five loaves has never changed and is still there forever.”

De Piro was convinced that mission did not depend on numbers but on people who were in love with the Lord and were drawn by a desire to share this love with others.  Two important images for De Piro stress this thought.