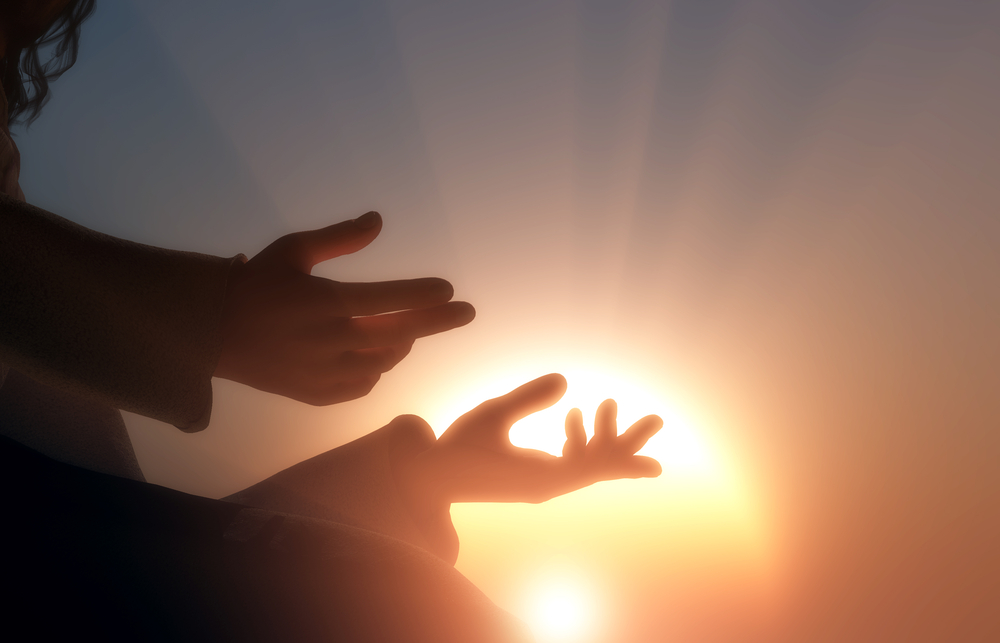 Jesus went to the Mount of Olives. At daybreak he appeared in the Temple again; and as all the people came to him, he sat down and began to teach them.

The scribes and Pharisees brought a woman along who had been caught committing adultery; and making her stand there in full view of everybody, they said to Jesus, ‘Master, this woman was caught in the very act of committing adultery, and Moses has ordered us in the Law to condemn women like this to death by stoning. What have you to say?’ They asked him this as a test, looking for something to use against him. But Jesus bent down and started writing on the ground with his finger. As they persisted with their question, he looked up and said, ‘If there is one of you who has not sinned, let him be the first to throw a stone at her.’ Then he bent down and wrote on the ground again. When they heard this they went away one by one, beginning with the eldest, until Jesus was left alone with the woman, who remained standing there. He looked up and said, ‘Woman, where are they? Has no one condemned you?’ ‘No one, sir,’ she replied. ‘Neither do I condemn you,’ said Jesus ‘go away, and don’t sin any more.’

On the 26th Sunday in Ordinary Time we pray: “Father, you show your almighty power in your mercy and forgiveness ….” These words encapsulate the message in this Sunday’s Liturgy of the Word. In the first reading God opens a way in the sea and a path in the mighty waters for those who had betrayed him hundred and one times. In the gospel Jesus says: “Nor do I condemn you.” Jesus is convinced that conversion comes as a result of the experience of God’s love for us.

The spirituality of the Servant of God Joseph De Piro is on his experience of God’s love. He trusted in God’s love for him, a sinner. His two discernment exercises are proof of this. Here are some references to his life:

God’s love for him, a sinner, and, therefore, God’s enemy

During his vocation discernment process, at the age of 21, he wrote the reasons in favour and against his joining the priesthood. Among the reasons in favour he wrote about God’s sufferings for him, a sinner, and, therefore, God’s enemy: “The desire to give myself totally to God; He who suffered so much for my sins.”

In the discernment exercise to decide between going to the Ecclesiastical Academy or to St Joseph’s orphanage, Joseph again wrote about God’s love for him, a sinner. Against going to the academy, he mentioned God’s love for him who chose him for the priesthood, and his being an enemy of God through his sinfulness. In favour of staying at St Joseph’s Orphanage again he mentioned God’s suffering for him and his sins offending God.

In his preaching about God, De Piro generally spoke about the Second Person of the Trinity. In the few sermons where he referred to God the Father, he repeatedly emphasised God’s mercy and forgiveness for the sinner, God’s enemy, “God is patient and waits – not because he cannot punish or because he does not hate sin; he does it to give us the chance to reform ourselves and do penance”

In another sermon De Piro said: “God waits, God calls.” In a sermon about Our Lady, he spoke about God: “… God our Father, our loving Father, knows the weaknesses of his children; He is a Father of boundless goodness who has not abandoned the sinner …”

When De Piro preached about the Son of God he said that Jesus’ greatest action was the work of redemption, our salvation. “The most marvellous value, from which the incarnate Word draws his glory, is without doubt his being the Universal Redeemer.”

In his sermons the Servant of God made several references to the Letters of St Paul. He referred thirty-one times to the Letter to the Romans, where the emphasis is on the glory of God’s love for us. He also used Galatians 2:20 fifteen times, where Paul speaks about Christ as the one who sacrificed himself. Speaking about the Eucharist, De Piro again referred to the letter to the Galatians 2:20 and showed that the essence of the Eucharist is the sacrifice of Christ for the love of humanity. De Piro was convinced that he, a man, was a sinner!