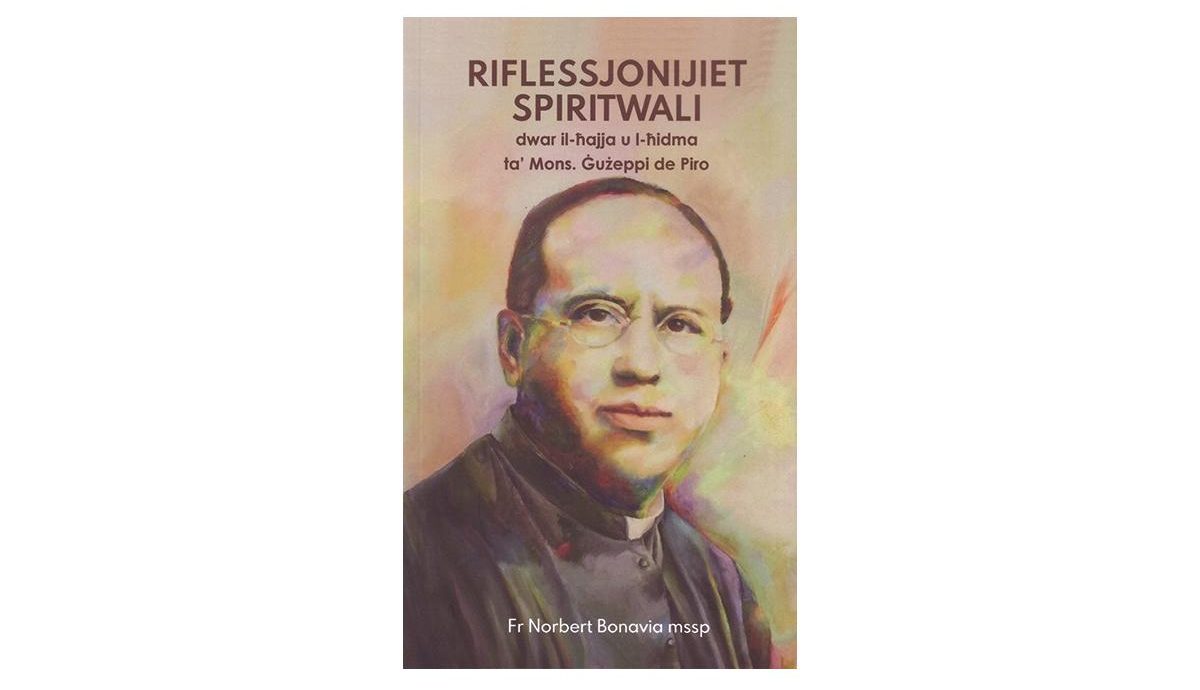 The great philosopher went about saying that ‘man is born free but he is everywhere in chains’, most probably having in mind the reality that, although man may appear to be free, he is never entirely free to choose as he would like. The same can perhaps be said for the circumstances of his own birth; we do not choose when, how and where to be born.

The Servant of God, Mgr Giuseppe De Piro, founding-father of the Missionary Society of St Paul, was born in Città Notabile, the ancient capital of Malta, from a highly respected aristocratic family.

However, his spiritual readings and his zeal for missionary work both reflect a man steeped in humility who lived his life serving the others, and most probably, had he had another chance, he would have chosen poverty over everything else, as his spiritual writings clearly reflect.

We all are the product of our times and various other circumstances.  Coming from an influential family, a family with ancient noble roots known for its role in the running of local affairs, young Giuseppe could not have been indifferent to the local political scene.

Even before the arrival of the Knights in 1530, the old families of Mdina had already an important role in the political scene being members of the Consiglio Popolare.

With the Knights of St John abandoning Mdina for Vittoriosa and later on settling in the newly built city of Valletta, they certainly felt a breath of fresh air when the knights left in 1798.

Although Napoleon was no friend of the aristocracy, with the arrival of the British in 1800, Mdina’s elite sprung once again to the fore.  The De Piros were among the most respected nobles on the island.  It is within this context that young Giuseppe’s love and devotion for St Paul, the old patronal saint of the island, has to be interpreted and understood.

Having practically been born next to the old cathedral church of the silent city, Giuseppe would have been familiar with the canons of the cathedral and perhaps even known them on a personal basis.  It was within this milieu that his vocation to the priesthood was born.

From his spiritual writings we know that he has a special devotion to Our Lady. In fact, his vocation knows its roots to the Virgin Mary of Pompeii because it was on her feast day in 1899, when he was only 21 years old, that he began to think seriously about becoming a priest.

Later on, he instilled in his followers a special devotion to the Blessed Virgin Mary assumed into heaven and he wanted the members of the Society to commemorate this day by coming together and ask for the Mother of God’s intercession.

Fr Bonavia, the author of the book, dedicates his short reflection to the Virgin. The book actually consists of 41 short reflections about various different themes which one comes across in Mgr De Piro’s religious writings.

This book is, in fact, a summary of Fr Martin Cilia’s previous book, Found Among Sinners, which was the product of his dissertation. These writings are of particular importance since they are being meticulously studied by the Congregation of Saints in order to bring to conclusion the long, arduous process that will eventually see the Maltese priest being proclaimed a blessed of the Church.

Having been a contemporary of St George Preca, who was ordained a priest just five years after Mgr De Piro, but who survived him for approximately 30 years (De Piro died in 1933; Dun Ġorġ died in 1962), he saw his native country going through major changes.

First of all, this was the period when the Maltese began to get the feeling that they should be an independent country with a language and flag of their own. De Piro was instrumental in the writing of the 1921 Constitution and in 1930 he was mediator between the Church and Lord Strickland.

Even though he was such an important figure in the unfolding of national policy, his spirituality is simple, down-to-earth and practical in every way. It can be embraced by both lay people and ordained ministers of the Church.

Themes such as justice and solidarity find a place next to discernment, trust in God and the power of the Cross. His is a spirituality that is in entire agreement with the values of the Gospel and provides ample food for both meditation and contemplation.

The more we know Mgr De Piro from his writings, the more we can appreciate why he founded the missionary society which is now spread throughout the world proclaiming the gospel of love to various nations and cultures, and being of service to humanity in need.

Copies of the book can be obtained by writing to Fr Norbert Bonavia MSSP by clicking here.

The article first appeared in the Times of Malta, on 16th January 2022.