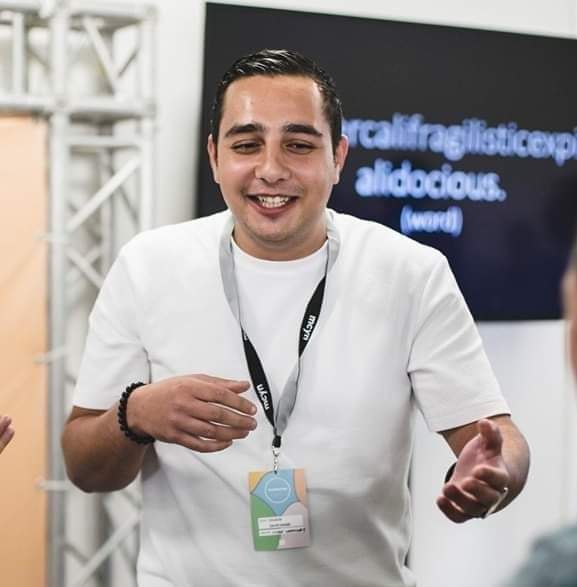 Recently, Dario Sapiano, a student reading a Degree of Bachelor of Arts (Honours) in European and Global History at the University of Malta presented his dissertation on the history of our congregation, entitled, “The History of the Missionary Society of Saint Paul: From its founder to its mission in Peru.” The work attempts to analyze the foundations of our community, particularly the socio-political milieu of the Maltese community at the time. It also looks at one of the fruits of such foundation, our mission in Peru, particularly through the lenses of Fr Vincent Magro mssp, a veteran of our mission in this Latin American mission. We sat down with Dario as he reflects on what made him write this work, and its relevance for our community today.

I have always held the history of religious missionaries and of the Missionary Society of Saint Paul (MSSP) close to heart. This explains in part the title of this dissertation. It has always fascinated me how the MSSP which started as a very small religious congregation in Malta has grown to become a religious order found active in various countries around the world.

I was born and grew up in the town of Birkirkara, I spent my days, from a very young age, at the popular Oratory of that same location. It was here that I heard the first stories and adventures of numerous missionaries, their endeavours, and experiences in foreign and remote lands. These missionaries inadvertently taught us about different cultures, historical monuments and ancient civilizations found in these ancient cultures and diverse countries. These stories captured my imagination as a child attending the Oratory. With every story, and every place and culture narrated to us I became more fascinated and interested in the study of history – as I also slowly discovered the Incan and Indus civilizations of South America. Although these stories as told by the missionaries were filled with adventures, they also highlighted issues of social inequality injustice.

As I became more familiar with the workings of this religious order (the MSSP), I also became actively involved in fundraising activities to help the more marginalized communities where the Missionary Society of St. Paul is present. However, it was only recently that I got the opportunity to research the history of this Society in more detail, and try to answer the question: “how and why did the MSSP open its missions in the countries that it did over the years?”

In attempting this historical analysis, I decided to split my work into three parts. The first chapter revolves around Mons Joseph De Piro, the founder of the Missionary Society of St. Paul. It explores his childhood, his education, and his call to the priesthood. All these realities would deeply influence De Piro and his work once he came back to Malta to start his ministry as a young priest.

In particular, I focus on the time, during his initial years in Malta, when the Maltese Bishop sent him to the parish of Qrendi. From there, he immediately adopted a philosophy that would later be injected into the religious society he would create. While in Qrendi he decided to use his energy to help those in need, the poor. What made De Piro different from all the rest however was that he realized that priests also needed spiritual aid and hence starting helping them by holding meetings and opportunities for their education.

At the dawn of the twentieth century, the Maltese islands faced a very different economic situation than the Maltese islands of today. As a British colony, Malta was a military base, a British fortress in the middle of the Mediterranean. The Maltese economy, therefore, was termed by scholars as ‘a fortress economy’ an economy that flourished at times of war as the islands served as a military depot for the Royal Navy as it transported troops to the battlefields across the world. At the same time, the Maltese economy would face turmoil during times of peace.

In this volatile economic situation, De Piro dreamed of starting a religious order on Paulist theology and ideals of spreading the Christian faith to the poorest countries of the world. After a number of discussions at different levels, De Piro founded this new religious order on the 30th June 1910

The philosophy of the newly founded religious order was, that of a missionary society. Its missionary focus was twofold. The first type of mission was, what Joseph De Piro termed ‘Ad Gentes’ meaning ‘to the nations’. Ad Gentes is what most would think of when hearing the word ‘mission’, that is, missionaries that go to distant lands preaching the Christian religion and helping the poor. Influenced by De Piro, the Society also recognized the second type of mission, a mission in Malta and catering for the spiritual needs of Maltese migrants, who were leaving the island in search of better futures in various countries like Australia, Canada, and the United States.
These two types of missions determined most of the Society’s history. From the very beginning, De Piro and the MSSP focused on its mission in Malta with its orphanage at Hamrun (Saint Joseph Home, modern-day Santa Venera) and its commitment at the Oratory of Birkirkara. After the end of the Second World War, the Maltese islands faced a dire situation since a large percentage of the island’s infrastructure and economic potential were destroyed. This widespread destruction forced many Maltese in the late 40s to migrate to other English-speaking regions in the world most nominally Australia and Canada. MSSP members at the time, journeyed with these migrants, aiding their spiritual needs but also helping them integrate into their newly adopted countries.
However, the Missionary Society of St. Paul held dear to the wish to send missionaries to missions “ad gentes”. Mons Joseph De Piro personally longed to go to mission himself. De Piro worked hard so the Missionary Society he founded would be able to open a mission abroad. On 21st June 1927, Brother Joseph Caruana became the first member of the Society to be sent to the mission as he was sent to the city of Addis in Abyssinia. Although Abyssinia was the MSSP first mission, the religious order never sent any additional missionaries to the region either to replace or reinforce its mission. The Abyssinia mission would meet its end after Caruana died in 1975. However, in 1968, three members of the Missionary Society were sent to Peru and founded a new mission, a mission that still exists to this day.

When one looks at the history of the MSSP, it’s immediately clear that the philosophies on which the religious order was founded circa one hundred years ago, still are core philosophies of Society today. The history of the society is an account of a balancing act, a balancing act between mission at home and mission abroad, between action and reflection. It is this tension that kept the MSSP tune throughout its history and what makes the MSSP different from other religious orders in seeking to fulfil its mission.