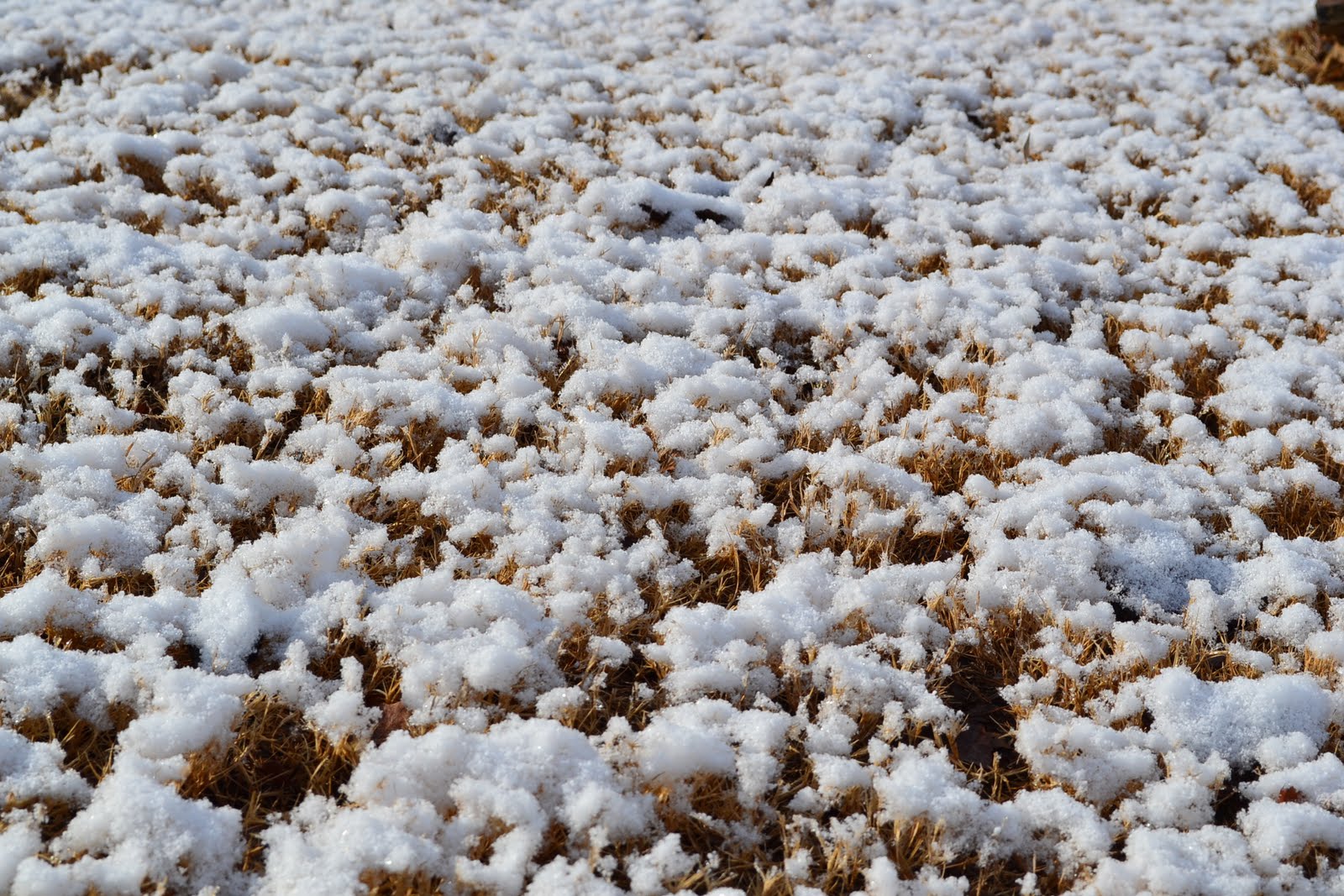 In this week’s liturgy, we continue reflecting on chapter 6 of the gospel according to John, the Eucharistic chapter. Jesus presents himself as bread of life. In last week’s passage Jesus feeds us by revealing the Father; in today’s gospel reading he feeds us through our faith in him. This leads to what is perhaps the climax of this chapter in John’s gospel, Jesus as real food and drink, Body and Blood in the Eucharist. This gospel reading is supplemented by an Old Testament reading. Elijah, running away from king Ahaz, stops and begs God to take him. Instead, God provides Elijah with food for the journey; our faith is our food for the journey. We need to keep nourishing our faith so that we can continue on our journey of discipleship.

In the letter to the Ephesians, Paul invites the Christians to reach out in love to one another. God is love and we reach our fulfilment when we love one another. Jesus invites us to be holy as God the Father is holy, to imitate him through our love of our sisters and brothers. This is where true discipleship of Jesus demonstrates itself, when we not only listen and reflect on the word of God, but live it in our life.

De Piro’s love Towards those who did not support him

Despite the fact that De Piro always loved others, there were a some people who were, in one way or another his ‘enemies,’ or at least an obstacle to him especially in the execution of the plans which were so much to his heart.

The Servant of God had been in contact with Fr Emmanuel Vassallo and Fr George Bugeja since his seminary days in Rome and his stay in Davos, Switzerland. He even shared with them his wish that, after his studies, he might reside with them at St Joseph’s Orphanage, Santa Venera. When De Piro returned to Malta, neither Vassallo nor Bugeja invited De Piro to the orphanage. It was only when Bugeja needed De Piro’s help, or the help of the members of his Society, that he asked the Servant of God to go or send the members to the orphanage. Rather than feeling slighted or insulted by these requests, he unhesitatingly gave Bugeja his full support.

Some among the Maltese clergy could not understand De Piro’s ‘ideas.’ There were some who at times found ways and means to obstruct his projects. Fr Louis Gatt, one of the first members of the Society, was very clear about the Founder’s reactions to any opposition he encountered: “De Piro was never angry with those who created anu difficulties; he often told us that he offered everything for Jesus.”

Fr George Bugeja and Fr John Mamo had joined De Piro before the start of the Society and were still with him at its beginning, but they left him a very short while later; one to returned to St Joseph’s Orphanage, Santa Venera, the other went to the institute he opened in Tarxien, one of the Maltese parishes. Though we do not know how he treated Mamo, we have just made reference to his relationship with Bugeja; he continued to support him in his apostolate at the orphanage.

Some of the young men who joined the Society did not respect the Founder. Fr John Vella admitted: “I caused De Piro lots of trouble, because several times I answered him back.” Yet, Vella also said that the Founder never shouted at the members who behaved in this way.

Some young men who had joined De Piro’s Society left soon after having received a good academic formation. Other persons, like Fr Anton Buhagiar, felt angry at these members. The Servant of God, who had provided for all the needs of these young men, had a different attitude: “I do not worry when they leave. I am happy that they would have received a good formation that will serve them for their future. Jesus never forced his disciples to stay with him, and who am I to impose anything else on them? God knows how to make use of the formation they received. The good they received will, one day, produce fruit.” Mother Pacifica Xuereb said that De Piro paid for the education of a young man from Sicily, who had expressed a wish to become a priest, but who later changed his mind after have finished his academic formation.

Others were even hostile to the Servant of God. Maria Assunta Borg of the Sacred Heart Workshop, Valletta, was one of these. De Piro still behaved charitably with her. He entrusted Borg with the money and the furniture which was left at the workshop after it closed, allowing her to utilise it for a future endeavour.

During the events of the Sette Giugno riots, 7 June 1919, Joseph De Piro was offended at least three times. On Saturday 7 June in the afternoon, the Servant of God was in the company of lawyers, Alfred Caruana Gatto and Serafin Vella. De Piro was going out of the Law Courts. These three men were discussing with the Lieutenant Governor to find a way to save the Maltese from the British soldiers, who had fired at them. The angry mob accused Caruana Gatto, Vella, and specifically De Piro: “You are to blame for all this.” In the afternoon of the next day, Caruana Gatto and De Piro were again on the steps of the Opera House, trying to stop the mob from continuing to attack Francia House. Some criminals in the crowd started booing at Caruana Gatto and De Piro. They swore at them and stole money from their pockets. In the morning of Monday, Bishop Angelo Portelli and De Piro appeared at the Bishop’s Palace, Valletta, and tried to calm the people. The Servant of God asked the people what was their intention. Some were heard saying, “We want to burn the bishop’s curia.” The Curia was undoubtedly dear to De Piro. The Servant of God responded positively to each of these offences and continued to address them as sons and daughters. Moreover, at the Commission of Inquiry he did not even mention any of the above incidents.

What helped De Piro love even those who did not support him?

De Piro could not have acted otherwise. During the discernment process leading him to choose to become a priest, at the age of 21, he wrote the reasons in favour and against his choosing the priesthood. Among the reasons which made him choose this vocation he mentioned God’s sufferings for him, a sinner, and therefore an enemy of God.

A few years later the Servant of God listed the reasons in favour and against his decision to live at St Joseph’s Orphanage, Santa Venera, instead of continuing his studies at the Ecclesiastical Academy and become a Church diplomat, and perhaps even a bishop. Again Joseph mentioned, more than once, God’s love for him who was a sinner. The second reason against going to the Academy he mentioned God’s love for him in choosing him to become a priest, he who, because of his sins, was an enemy of God. De Piro mentioned this same truth in the third reason against going to the Academy. In reason number eight in favour of living at St Joseph’s Orphanage, he again mentioned God who suffered for him and his own sins against God.

When De Piro preached about God, the Servant of God preached mostly about Jesus, the Second Person of the Trinity. In the few sermons where he referred to God the Father, he repeatedly emphasised his divine mercy and the forgiveness of the sinner, God’s enemy, “God is patient and waits – not because he cannot punish or because he does not hate sin; he does it to give us a chance to reform ourselves and do penance.”

In another sermon De Piro told his listeners: “God waits, God calls.” On another occasion, talking about the Blessed Virgin Mary, De Piro spoke about the Father as, “God our loving Father knows the weaknesses of his children. He is a Father of boundless goodness who does not abandon the sinner.”

When De Piro preached about the Son of God he said that Jesus’ greatest action was his work of redemption, saving us, his enemies: “The most marvellous value, from which the Incarnate Word draws his glory, is, without doubt, his being the Universal Redeemer.”

The Servant of God often quoted the letters of St Paul in his sermons. He mentioned the letter to the Romans 31 times. These quotes emphasise God’s glory. He quoted the letter to the Galatians (2:20) fifteen times. Here Jesus is presented as the one who sacrificed himself for Paul. When De Piro spoke about the Eucharist, he again quoted Galatians 2:20 and demonstrated that he was aware that in the essence of the Eucharist Christ sacrificed himself because of his love for humanity. The Servant of God was convinced that he himself was a sinner.

(Sciberras Tony, The Incarnational Aspect of the Spirituality of Joseph De Piro)