This write up was written in the name of the Maltese Chaplains belonging to the Missionary Society of Saint Paul as well as other Maltese priests. The following are the official chaplains of the Maltese between Melbourne and Sydney – Fr. Tarcisio Micallef, Fr. Edwin Agius, Fr. Lonnie Borg and myself, Fr. Noel Bianco; however, there are others who offer their service in the Maltese community.

The article was first published by Malta Missjunarja (Frar 2021), is being published here by their permission. Gratitude to Gillian Laspina who translated the text to english.

In the year 1913, Fr. William Bonnett, a priest who worked tirelessly amongst the Maltese living in Sydney, wrote to Mons. Joseph De Piro, who had just established the Missionary Society of St. Paul in 1910 and was also secretary to Archbishop Mauro Caruana. In his letter Fr. Bonnett asked Mons. De Piro whether he could send priests from the Society to offer pastoral care to the Maltese living in Sydney since they were facing a very challenging situation. They needed to be cared for not only where the Sacraments were concerned but also on a social and cultural level in order to help them maintain their identity. Back in those days, organised crime and prostitution associated with criminality were commonplace in Sydney and many Maltese used to live in the inner city which was not far off from all this activity. Mons. De Piro replied to Fr. Bonnett informing him that it was impossible for him to comply with his request since the Society was still in its initial stages and hence there were no priests he could spare. He however asked Fr Bonnett to pray that the Society would one day actually be in a position to send missionaries to Australia too.

With God’s providence this possibility became a reality when in 1948, after the war, Fr. Wistin Grech mssp was sent to spiritually assist a shipful of emigrants on their journey to Australia. He was to permanently remain in Australia as a chaplain for the Maltese living there. It was Minister Johnny Cole who had suggested to Mons. Michael Gonzi to send a priest from the Missionary Society of St. Paul to accompany the first post war emigrants. He was aware of the fact that the Society’s Rule included a clause which stated the possibility of ministry amongst emigrants whilst primarily focusing on the Ad Gentes mission. This mission amongst emigrants is as important as any other mission within the Church but it is underestimated and misunderstood by many who do not appreciate the work it involves. One must keep in mind that the nature of this particular mission changes with time. As a matter of fact, the ministry carried out in the Mission’s initial stages was very different to that being carried out now but it is still the same people who are benefitting from it. 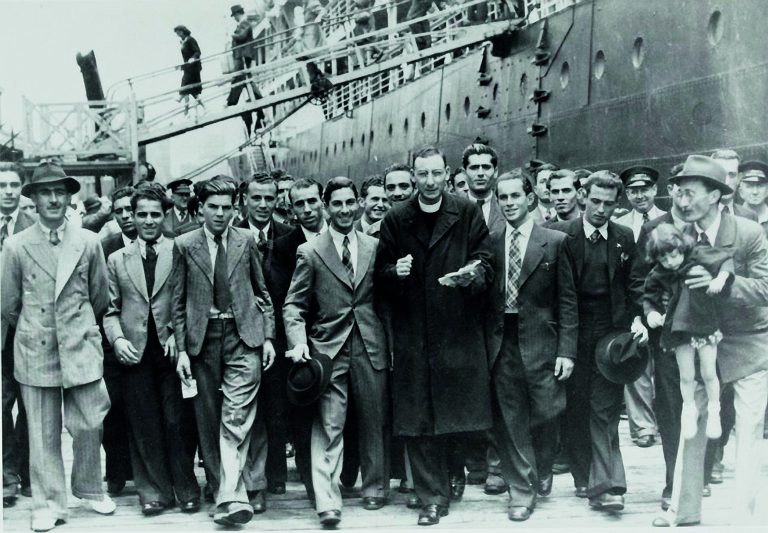 During the Mission’s early days, the Maltese priest would act as a father to many young people who emigrated to Australia in search of employment or to start a family. He would take this role on a spiritual, human, material and practical level. The priests and brothers of the Society, together with diocesan priests and priests from other religious orders, often served as the social worker we know today. For instance, Fr. Joe Pantalleresco, who is 92 years old and whose present ministry is that of interceding for us, active members, in prayer was one of the first missionaries to arrive in Melbourne. He was substantially helped by the Salesians through Fr. Joseph Ciantar, whose work involved travelling with his ‘lambretta’ seeking out employment for men, mainly youth, soon after their arrival to Australia. These men would also live in our house for the first few days following their long voyage from Malta. The majority of those who emigrated to Australia, especially after the war, were unmarried young people whose aim was to find employment and start a family after settling down. Some returned to Malta to marry a Maltese and return as a couple, others brought their families they had left behind whilst others remained in Malta. Sacramental ministry was very strong in the first years. Many married and had their children baptised here.

Several of those who arrived in the 1940’s have now passed away or are elderly. The latter require special attention and obviously have a right to it. Many of them continued to practise their faith, others have not and in this respect, most often their families follow similar lifestyles. More often than not, due to a lack of educational opportunities available in Malta at the time, children of Maltese emigrants did not have high levels of schooling, possibly resulting in insufficient appreciation of the Maltese religious and cultural heritage. They thus struggled to identify with the beauty of our culture. Today their children are taking an interest in all that is Maltese since their identity is essential to them. They are also being offered the possibility of possessing a Maltese and Australian passport and many of them choose to seize this opportunity, not only because it gives them access to Europe but also because it allows them to become familiar with their roots, reaffirming their identity and enhancing their self-esteem. Indirectly, religious and faith aspects are also impacted since if they feel they are Maltese, they also feel religious or at least Catholic. All these factors give the Maltese passport much more profound and meaningful attributes. 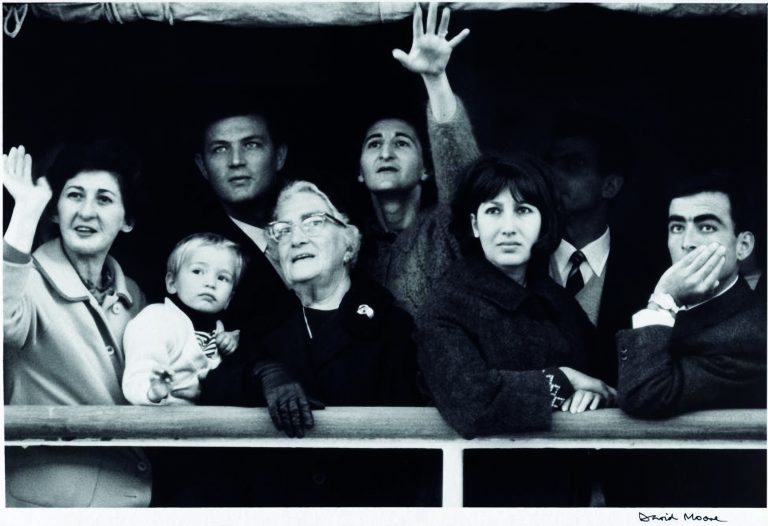 Today, the work of a chaplain for Maltese emigrants is much more associated with presence and the administration of Sacraments. We are facing emerging challenges. Today, the priest’s presence is very much appreciated in difficult times as he offers a listening ear and accompanies individuals at various particular stages of their lives. We leave our houses in Melbourne and Sydney to evangelise and serve our Maltese brothers and sisters. For instance, we celebrate 6 masses in Maltese every week in Melbourne and visit a different parish every Saturday, hence reaching out to 5 different parishes in all. We travel from one parish to another celebrating the Eucharist, presiding over baptisms, wedding ceremonies and funerals whilst also delivering Lenten Spiritual Exercises and participating in main feasts held in some villages. Some of our groups also visit various families with a statue of Our Lady to encourage the recitation of the prayer of the Holy Rosary in the family. When working with emigrants it is not a question of language as some may imagine. We are frequently faced with questions from Maltese people asking, “Is it possible that these people cannot speak English after living in Australia for so many years?” or “Their children are now Australian.” Although there is some truth in this perception, it does not give the whole picture. The grandchildren of those who came to Australia are trying to establish their identity and it is remarkable to note that they feel very much at ease with a Maltese priest, especially during marriage preparation and the baptism of their children or funerals of elderly relatives. Even though the apostolate has changed throughout the years, the presence of the Maltese priest is still very relevant and as priests we believe that we are much more acknowledged here than in Malta. We make use of our Maltese identity as bait to catch fish for God’s Kingdom through evangelisation. The Ministry of Home Visitation is central to the Australian Church tradition and whereas in Malta home blessings are carried out once a year, here in Australia we spend many of our evenings visiting Maltese families in order to get to know them, bless their homes and accompany them by listening to their problems and offering advice. These visits bear much fruit and are crucial for us to build relationships and better understand the beauty and hardships of Maltese families in Australia. This Ministry means a lot to us. Even though our visits have a more spiritual than social dimension, needless to say, we are invariably offered something to eat when visiting and quite often this has an impact on our weight. However, at the end of the day, home visits are highly appreciated – after all that is what Jesus used to do. He gave a lot of importance to table fellowship and He gave us the Eucharist so that He would remain with us until the end of time! In this way we carry the Church to our brothers and sisters who might not frequent the Church much.