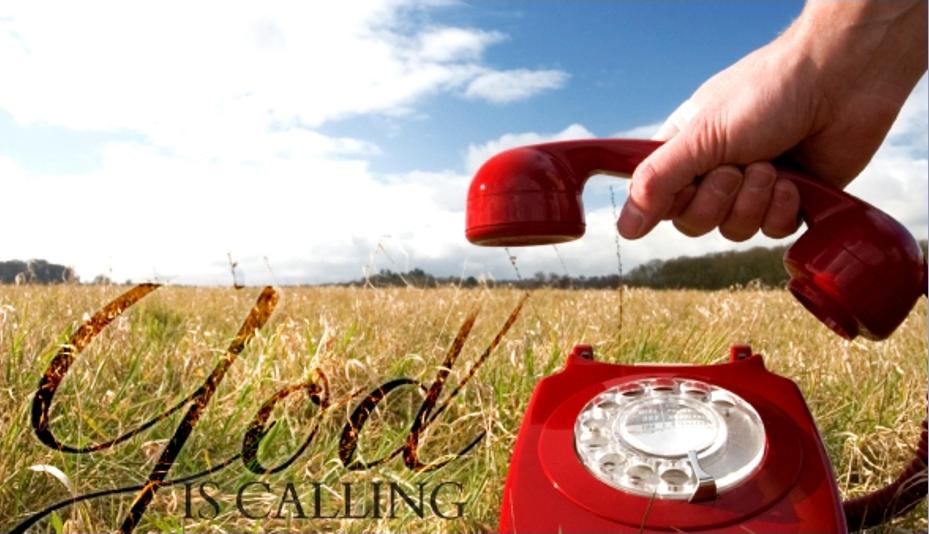 God calls. God is not limited by whom he may call, where or in what circumstances this call happens. For young Samuel it happened in the middle of the night and he needed to be guided by Eli to understand what this meant for him. Andrew and the other disciple of John were following their teacher when they met Jesus, and immediately they left John the Baptist and started following Jesus. For Cephas, the call came through his brother who had just met Jesus and could not resist sharing the news with him.

In the first letter to the Church in Corinth, Paul explains that God calls us for himself. Our body is for the Lord and makes up the Body of Christ, of which we are members. In order to hear God’s call we need to be constantly on the alert, we cannot sleep because God calls in the middle of the night or at the tenth hour; God calls directly or through a friend or a situation we are in. What is certain is that God calls!

Louis J. Luzbetak (The Church and Cultures, New York: Orbis Books, 1993) says that “a spirituality of mission presupposes a deep but humble and obedient sense of personal mission, a conviction tied to an unshakeable trust in God.” De Piro’s spirituality of mission starts with the basic notion that he felt called by God. Defining one’s calling is difficult, but in the words of Whitehead and Whitehead (Seasons of Strength, New York: Doubleday), “A Christian vocation is a gradual revelation – of me to myself by God.… In this vision, a vocation is not some external role visited upon us. It is our own religious identity; it is who we are, trying to happen.”

In this light we can understand the importance that De Piro attaches to his vocation. He recalls the experience on the 8th of May, 1898, as the moment when he made the decision to follow this inner voice, “Last year it was the same Madonna who offered me to her divine son on this earth.” He felt a strong desire to become a priest. This was to have great consequences on De Piro’s life. Coming from a very wealthy family, he had many possibilities open in front of him; he had to give up his studies in law. He saw God’s providential hand in everything, even the unexpected death of his father, who had objected to the idea of his son going for the priesthood. In a letter to his mother, De Piro wrote, “According to our judgement, this year has been a year of misfortune. This is our way of looking at it, because God does nothing that is not perfect, and his works cannot be but good. On this occasion I can say without fear that the consolations we have experienced have been greater than the grief caused through our great loss.”

De Piro’s calling was rooted in the awareness that “Jesus prefers those who wish to remain hidden. When He chose me to be one of his ministers, He found me among sinners.” He understood his vocation as the answer and a deep desire to be near the One who called him. De Piro deeply believed that, “we have been created just to love him,” and that “God will give himself completely to those who leave everything for his love.”

This deep awareness of being called played a central role in De Piro’s life. The Lord Jesus was his life and his model; “Jesus’ life on earth has been an act of self-giving. And he wants his followers to be perfectly follow his steps.” The uniqueness of Christ lies in the fact that he followed the voice of the Father fully with all its consequences, even unto death. De Piro pondered on Augustine’s words that, he who gave him all he had, wanted him to give him all he was. De Piro reflects and prays: “You have never liked sacrifices and holocausts. You have given me a body. Indeed, you have given me a body, a heart, a soul. Behold I offer them to you, I consecrate them to the glory of souls.”

After having said all this, we still fall short of picturing the depth of De Piro’s calling. In his own words, “It is fitting that some secrets of the heart are left only to Jesus.” On the other hand, his writings show clearly that for him, to follow Jesus meant first and foremost to know and chose in daily life God’s unique calling for him. De Piro made his own the question of the young man in the gospel, “O good Master, what should I do to obtain eternal life? Follow me. Behold, in this consists our calling!” The idea of regarding his own vocation as a valuable starting point for his spirituality developed. De Piro’s only wish was to “remain a priest without honours; for me the priesthood is the highest honour.”