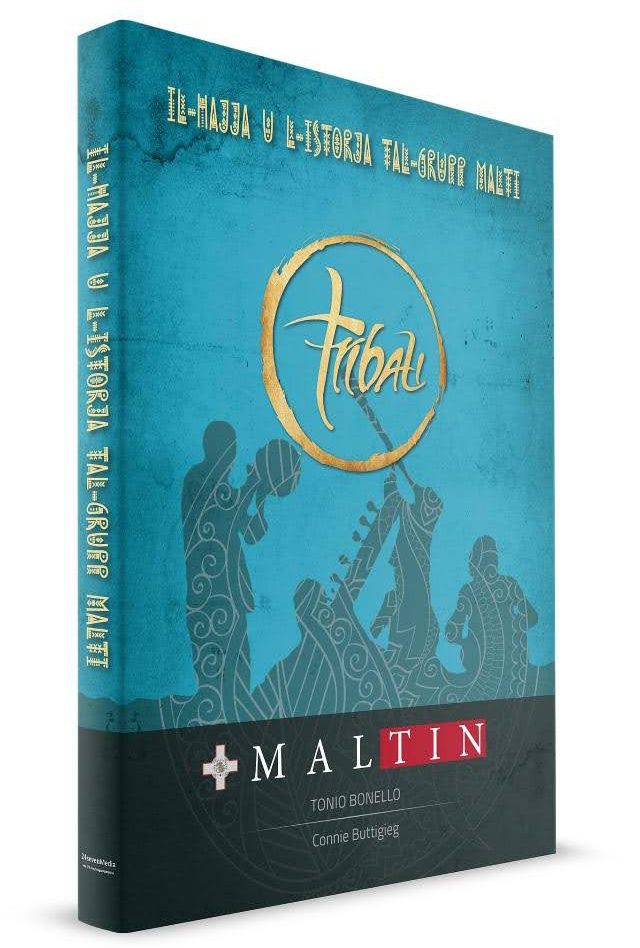 Tribali, a very humble project, knows its origin in 2002, back to the days when Antoine Caruana, now the drummer of the band itself, dreamt of doing something musically original and different. Inspired by some buskers in the Netherlands, he decided to do something innovative to our islands. The opportunity surfaced when he was asked to take care of the music in boat parties, and later on in local clubs and bars. Antoine experimented with atypical sounds, a fusion of ethnic music created by instruments such as the didgeridoo, the sitar and the morchunga.

I consider my encounter with Antoine, just a few days before I left for eight months to India, as a blessed and timely one. I liked what Antoine was doing and promised to be in touch once back in our homeland. And I kept my word. Together, Antoine and I gave birth to what is the band Tribali today. Our aim is to energise our audience through music, no matter the age. We want our fans and followers to go through a journey of optimism, hope and positive vibes, even if they may be going through arduous experiences in their life. We try to reach them with the music we create through the sound of unique indigenous instruments.

This year this was not possible. However, we found another way how to reach out to our followers and keep in touch with them. Produced by Tonio Bonello of 24sevenmedia and written by Connie Buttigieg, we just launched our biography in a book. Apart from its appealing and creative layout that catches the eye, the book includes the origin and story of Tribali, a detailed profile of each member of the present line up, information about ex members and session musicians, interesting interviews with some prominent local artists such as Howard Keith Debono and Peter Borg of Red Electrick, and also a QR code which can be scanned and through which twelve of the most popular hits of Tribali can be downloaded.

All this in one whole volume of over 200 pages, 17 full pages of exclusive photos in colour and other photos from the personal life of every musician of the band. This not to mention some curiosities which can keep the reader hanging, and inquiring for more. Just a teaser. Do you know who was the first manager of Tribali? Steve Brown, the ex-manager of Sir Elton John himself!

In this book the reader can get to know each member of the band much better. Some may relate with some of our personal experiences and that we opened up about, such as bullying, domestic violence, illness and depression. We wished to pass on a positive message of hope for those who are undergoing similar experiences.

I myself am an old student of St Paul’s Missionary College and I proudly declare so wherever I go. The College did not only give me space to explore and expand my music talent, but it has also been a pioneer in introducing me to the world of the neediest, who are not necessary found in third world countries. Being a missionary society, MSSP always had the poorest and the most secluded in mind. Fr Karm Debattista MSSP, whose lengthy interview can be read in the book itself, was my first role model in this regard. A cool young priest wearing a wooden cross, long hair and who plays the guitar, was a true inspiration for a young teenager who had not yet explored his world and desires.

Voluntary work is one of the areas that gets precedence in my life. In fact, I, along with several other helpers, support a lot of charities locally and around the globe. Amongst these we help a Gozitan priest, Fr Anton Grech, in Guatemala, Fr Alex Cauchi of Moviment Missjunarju Ġesù fil-Proxxmu and formerly taken care of by Dun Ġorġ Grima, Damjan Attard of Right to Smile in Malta, and Peter Haweka who is the pastor of the village and a missionary who runs an organisation called Seeds of Hope Africa in Uganda, and which embarked us on our most recent project. These missions assist many families through sustainable projects in many areas such as education, sport and by providing food itself. They also help orphans with terminal illness such as AIDS, and others who have any form of physical or mental disability.

Our main project is the José Depiro Kabataan Orchestra of Fr Joe Cremona MSSP, a Maltese Missionary priest, who has been working with street kids in the poor and remote province of Bataan in the Philippines. There are no opportunities whatsoever in this province, but only corruption and drugs trafficking prevail. This not to mention the social problems in abundance. As a result of this, many children end up in the streets exposed to prostitution, forced labour and drugs.

Fr Joe is helping the community by assisting them in food and educational programmes, and by teaching them music through a professional music teacher. We have a full time Philippine professional maestro and also four part time teachers. Local musicians from the Maltese National Orchestra give their contribution on a voluntary basis to teach the leaders of the group on Skype every week.

The aim of this project is to give a future to the youths through music. At present there are eight students attending the University of Manila, studying to become professional music teachers, and also another two students who were chosen after an audition, to be part of the Malta Youth Orchestra. Once Covid restrictions are lifted, they will come to Malta to further their studies at the School of Music, with the hope to become part of the National Orchestra of Malta in the future. In fact, all proceedings from the sales of the biography of Tribali are going to this missionary project in the Philippines.

All those who wish to get a copy of the book can do so by contacting Tribali themselves through their Facebook page, or by getting in touch with the producer or the authoress. It can also be ordered through the official page of Maltin by clicking here. The book is available at the local bookshops and we are also shipping to interested followers abroad.

I salute you with my typical greeting, Sliem! As our story unfolds in your hands, we ask you to buckle up and enjoy the ride!

Peter Paul Galea is the band leader of ‘Tribali’ and avid missionary volunteer of our Bataan Parish in the Philippines.