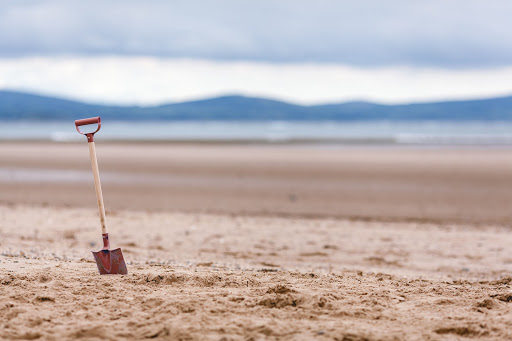 The woman in the first reading from the book of Wisdom, and the first two servants in the gospel parable, are praised because they engaged in the gifts they have been entrusted with and produced ‘a hundredfold.’ The third servant in the gospel is condemned because he refuses to participate in the venture proposed to him by the master.

The talents in the gospel parable are by no means small amounts of money. One talent is the equivalent of one hundred days’ worth of wages. The master entrusts his servants with a share in his business and life. To produce a hundredfold is to have the best outcome possible. The reward is to participate in the master’s life in its fullness, the master’s ‘happiness.’

The third servant is chastised because he refused the invitation to participate in the master’s life, hence he has cut off himself from the master’s happiness. Investing in the master’s business is a risk, but if we want to be part of the kingdom, we need to take this risk. We cannot just sit lazily around and still expect our reward.

Joseph De Piro was zealous, dedicated, responsible, determined, courageous and consistent. In front of the Maltese Ecclesiastical Tribunal, Dr Alexander Cachia Zammit testified that De Piro had the gifts necessary to face the many difficulties in running the orphanages in his care. On 2nd August 1907 Archbishop Peter Pace, appointed the Servant of God director of Fra Diegu Orphanage. In the letter of appointment, the archbishop referred to several of the virtues of Fr Joseph; among these, he mentioned his zeal. The author of the article ‘Giubileo Sacerdotale,’ published in the journal ‘Malta’ on the 19th April 1927, mentioned ‘the devoted dedication’ of the Servant of God. .

By the year 1920, De Piro was director of Fra Diegu Orphanage, a canon of the chapter of the metropolitan cathedral, a member of the National Assembly, had helped settle the issues around the riots of the 7th June 1919, and was busy looking after his nascent society. He was also nearing the end his two-year term as rector at the major diocesan seminary. Despite this, he possessed such a virtue of responsibility that he did not refrain from giving the archbishop a detailed report about the various aspects of the life at the seminary.

Loreto Rapa, who, as a young boy, had been at the orphanage in Gozo, said that De Piro had three important virtues which helped in his limitless incentive and creativity; among these he mentioned the determination and courage.

The Servant of God lived his determination and courage particularly when dealing with the foundation of his missionary society and during the first years of its existence. The founder encountered many difficulties as he started the Society and assisted it to develop further. The Vatican congregation of Propaganda Fide struggled to understand how the society could be ad gentes and also be destined to work, first and foremost, among Maltese expatriates.

De Piro tried to clarify this a number of times and even visited the Vatican to explain well his plans to the congregation. Although he thought he had made himself clear, the congregation still did not accept De Piro’s society as a one for ‘ad gentes’ countries. The founder was not disheartened and did not give up, rather he kept trying until he his society was approved. This was the fruit of his perseverance, which helped him face this and many other challenges that came his way, such as the departire of several of the first members of his society.

During the ‘Sette Giugno’ riots in 1919, De Piro demonstrated perseverance and consistency. The National Assembly, set up by Sir Filippo Sceberras, was composed of 270 members. During its second meeting, on 7th June 1919, some of the Maltese who were in Valletta demonstrating to obtain their fundamental rights, entered the assembly hall and asked their representatives to intervene on their behalf. Six of those present accepted to mediate between the Maltese and the British government; De Piro was one of those six. Out of these six, only three continued with their endeavours until Sunday, 8th June. On Monday, 9th June, the Servant of God was the only one left to defend the archbishop.

Perseverance, consistency and determination helped De Piro see things through to the end. De Piro also needed a great amount of patience during the first years of the life of his society. Some members of the Maltese clergy did not understand what he wanted to achieve. The Congregation of Propaganda Fide did not understand how he could set up an ‘ad gentes’ society and insist on ministry among Maltese expatriates. After founding the society in 1910, he and the first members had to change their residence three times, as it was not possible to start the building of the main residence until 1932. Many who joined the society left after a few years; even the first priest left the society and was incardinated in the diocese.

When Archbishop Peter Pace appointed the Servant of God as Director of Fra Diegu Orphanage, he referred to De Piro’s gift of prudence. De Piro’s prudence could be observed each time he was embarking on a new project. When started his society, he was quite clear about its aim: he wanted an ‘ad gentes’ religious institute. He wanted this aim to be acheived in stages: the members first had to minister among Maltese expatriates, then, when they were accustomed to working overseas, they would be sent to work in ‘ad gentes’ missions.

The Servant of God was totally dedicated to work in the orphanages; he wanted that the members of his society also shared in the ministry in these charitable institutions, both in Malta and abroad. Still, when the parish priests from the Gozo diocese invited him to take over the administration of the new boys’ orphanage they wanted to start, he did not rush in giving an answer; he wanted to know things more clearly. He accepted to run this orphanage only after he had been given this information.

De Piro was very prudent with regards to the mission in Abyssinia. On 4th March 1927 Fr Angelo Mizzi, the Capuchin priest who was responsible for that mission, wrote to De Piro for the first time, asking him to send members able to teach catechism in that African country. We do not have the letters written in response by the Servant of God to Mizzi, but from Mizzi’s letters we know that De Piro, although for more than 17 years he had been waiting for such an opportunity, proceeded very cautiously. Before taking any action, he wanted to have the necessary information about the Ethiopian mission in general, and what was expected of the member of his society he was sending. When eventually Mizzi invited De Piro to take the responsibility for one of the stations in the Abyssinia mission, the founder was even more cautious. He continuously asked for more information from Mizzi himself. The founder also wrote several letters to Fr Ireneè ofmcap, Fr Joachim ofmcap, and Mgr A. Jarosseu, the bishop responsible for the mission. He also wrote may letters to Br Joseph Caruana, the member who was working in Abyssinia. Furthermore, he was planning to visit the mission in Abyssinia, to see the mission for himself.