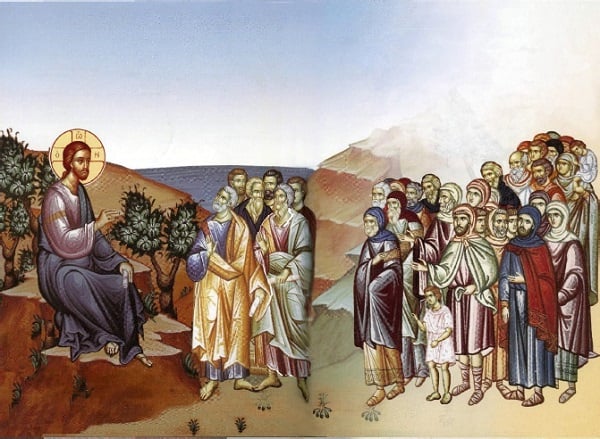 In today’s gospel reading, Jesus proclaims the poor, the grieving, those hungry and thirsty for what is right, the merciful and others to be blessed; they will live in God’s presence. Jesus declares blessed those who are not satisfied with the way things are around them; they are continually in search of something bigger and better. Those who search have the possibility of encountering God. The poor know what it means to lack things in life and so still have space for God. The wealthy, those who believe they have everything they need, are full of themselves and have no space left for God.

The first reading encourages us to seek God in humility; to be hungry and thirsty for God’s presence in our life. Only God can fully satisfy our human desire. We are created in the image and likeness of God and we can only find fulfilment in God.

Joseph De Piro’s contemporaries experienced him as a humble person.

Sr Pia Caruana, one of the first members of the congregation of the Missionary Sisters of Jesus of Nazareth, knew De Piro very well. Speaking about De Piro’s humility she said:

“… his clothes were always clean and he always carried himself with dignity, yet, although he was a canon of the cathedral chapter, nothing on his dress indicated this. He used ordinary means of transport, with the common folk. He spoke with anyone who crossed his path and happily gave money to the needy. At the orphanage, he insisted on eating the same food prepared for the orphans. He always worked to help the poor and even helped in the fund-raising activities organised by the different orphanages. At these fund-raising activities, De Piro refused to be treated any differently than others. If he decided to buy something, he insisted on paying for it. He begged alms for the poor and himself lived in poverty.”

“Humility is an indispensable virtue for anyone who desires to please God and enter eternal life, yet it is even more important for those who want to consecrate themselves to God and offer themselves for the service of their neighbour, especially through the ministry of the priesthood. Missionaries should therefore incessantly beseech God to be given this virtue and be very wary of falling into the opposite vice, which is so subtle and easily to fall into.

Our Father St Paul said: ‘I am the least of the apostles….’ (1Co 15:9). Imitating him, each member of the society should consider himself least among the members. With a feeling of meekness and emptiness, he should push himself to accept, with holy joy and as far as possible, any rejections and degradations that Divine providence sees fit to offer him. Moreover, when one’s endeavours are successful, he should avoid taking credit because: ‘… if those who are nothing think they are something, they deceive themselves.’ (Gal 6:3) One must faithfully give all glory to God, fount of all goodness, since ‘… neither the one who plants nor the one who waters is anything, but only God who gives the growth.’ (1Cor 3:7)

For his own spiritual growth, and especially as a means of emptying and humbling himself, one must always rejoice that his flaws and limitations are made known to the superior by those who noticed them.

Each member must be ready to carry out any amends imposed on him as a consequence of his shortcomings and omissions, or for any other reason. He must accept any penance with a sincere desire to achieve maturity and spiritual benefits, even if these were imposed on him for mistakes he did not commit.”