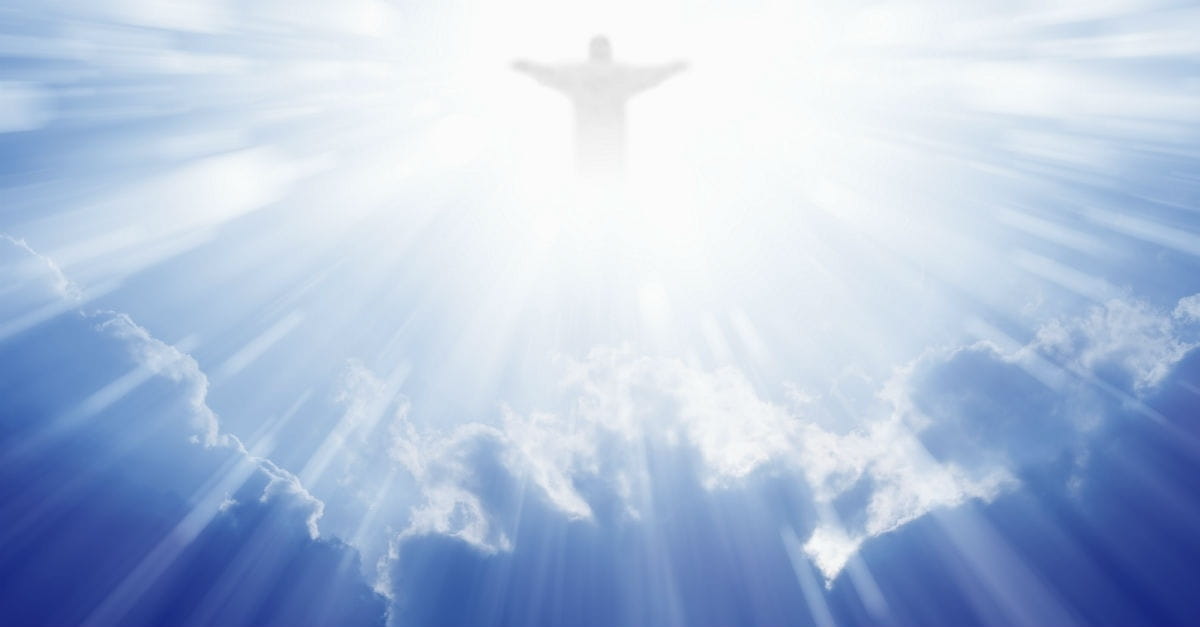 Jesus said to his disciples: ‘You see how it is written that the Christ would suffer and on the third day rise from the dead, and that, in his name, repentance for the forgiveness of sins would be preached to all the nations, beginning from Jerusalem. You are witnesses to this.

‘And now I am sending down to you what the Father has promised. Stay in the city then, until you are clothed with the power from on high.’ Then he took them out as far as the outskirts of Bethany, and lifting up his hands he blessed them. Now as he blessed them, he withdrew from them and was carried up to heaven. They worshipped him and then went back to Jerusalem full of joy; and they were continually in the Temple praising God.

“And they worshiped him, and returned to Jerusalem with great joy; and they were continually in the temple blessing God.” The apostles return to the temple praising and thanking God for the charism of evangelization.

The Servant of God Joseph De Piro appreciated the gift of evangelization and evangelized at all times, everywhere and to everyone. He ministered among his countrymen and women, among migrants and among people who had not yet heard the Good News. In his book ‘Found Among Sinners,’ Martin Cilia talks about with De Piro’s evangelization. He speaks about his involvement and awareness:

De Piro’s entire pastoral ministry, reflections, prayers and writings reveal a man inspired by missionary zeal. Kosuke Koyama defines the missionary as “anyone who increases by participation the concretization of the love of God in history.” (Quoted in Gerald H. Anderson, Mission Trends No1, New York: Paulist Press 1974, p. 117.) De Piro was aware that this concretization of God’s love was a gift that God wanted to give to the Church through him “The future of the missions lies in the hands of everyone.”

His missiology was Christo-centric, and the more he tried to assimilate the vision of Christ the more this missionary zeal grew in him: “The Lord Jesus Christ taught us to embrace the whole world.” Reflecting on the purpose of missionary endeavours he came to the conclusion that “the Church sends its missionaries all over the world to extend more and more the Kingdom of the Sacred Heart of Jesus present in the Eucharist. This heart does not know limits: it wants to include all peoples, all men and women, no one is excluded.” This attitude of openness to the entire world was inclusive of all races and people, “According to divine institution there can be no difference of race in the Catholic Church.”

Another important truth central for De Piro was that missionary work is above all the work of the Holy Spirit. The missionaries are only instruments, depending on the power of the Holy Spirit: “The Holy Spirit has descended not only to fill the apostles with love, but also that they might rouse others with the fire of their own preaching.” Such mission prompts the heart of ministers to embrace the entire world. He believed that the ministry of the Catholic minister includes the whole world:

“The priest, apostle of Jesus Christ, does not limit his mission only to one single country, one single city, to his motherland, and his country. Indeed since for him distances is of no consequence, he leaves his motherland, farewells his friends, his relatives and his parents, and goes with the power of word as his only weapon.”

De Piro’s desire that he himself would one day go to the missions was never realised. He had everything planned to go and visit Br. Joseph, the first missionary of the order working in Ethiopia. De Piro was eagerly waiting this day but unfortunately, due to his unexpected death in September 1933, his wish never came true. However, the more we explore the heart and attitudes of this man the more we realise that he was more than a missionary, even though he never set foot on a missionary land. His zeal and eagerness make him not only missionary at heart but founder of a missionary order. De Piro’s great desire is being realised each and every day when members of his order, inspired by his charism, fulfil the ministry that he wished so much to do.

Joseph De Piro believed that the first step to missionary involvement was missionary awareness. He felt the need to create in the Maltese people a sense of what mission, missionaries and missionary work is about. For him loving and working for missions meant having the love of the redeemer who, “leaves the ninety-nine sheep in order to seek the one which withdrew from the bosom of the flock of the Church.” He knew that missionary awareness had to reach as many people as possible and that he had to work and pray hard so that the “light of Christ shined everywhere.” As a means and an effective tool to achieve this he used the printed material:

“The printed material is one of the best servants to proclaim the missionary thought, to form the mind and heart of youth, to raise up and gather missionary vocations, and also to ask for temporal help.”

The outcome was the ‘St. Paul: Almanac for Missionary Institute,’ “almost every article published in the Almanac was written by De Piro.” The aim was twofold. He wished to create awareness of missionary work and to make available documents and reflections about missionary endeavours in the world. In this way he showed different ways of how one can be a missionary. “If we cannot contribute with our work, because we have not been called for it,” he wrote, “if we cannot give temporal wealth because we lack it, let us at least not leave undone what we can do, that is to pray for missionaries.” The other reason was to make known his missionary Order and to invite young people to consider the missionary vocation.