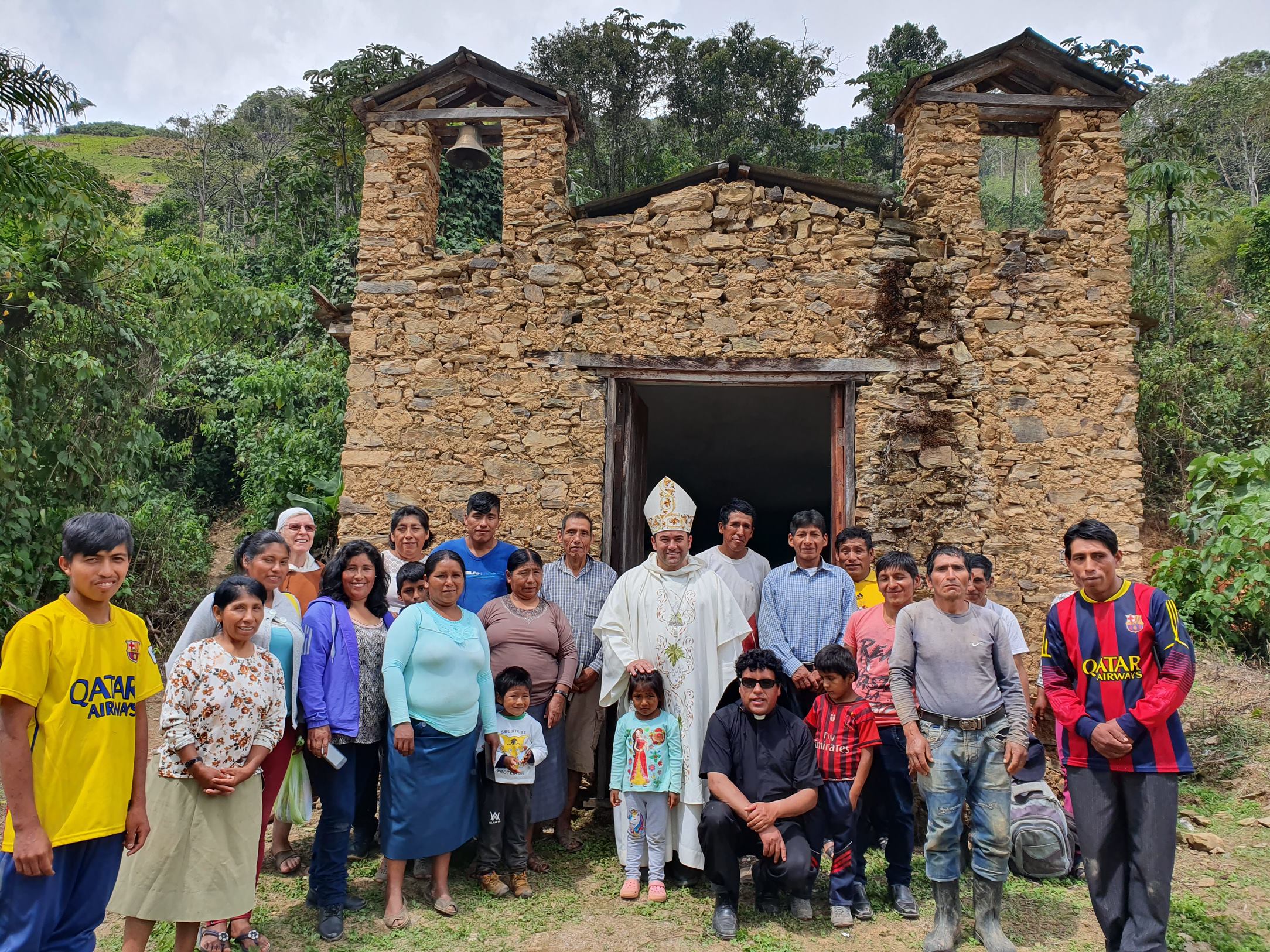 Three years ago, our Peruvian province embarked on a new mission of the Prelature of Huancané. Bishop Giovanni Cefai mssp shares with us what such mission involves and the dream of taking it further in the upcoming years.

On April 3 2019, Pope Francis created the new territorial prelature of St James the Apostle, Huancané, Perù, and appointed me as its first bishop. This new prelature was carved out of two other prelatures and covers an area of twenty thousand square kilometres, with a population of two hundred thousand Catholics.

Part of the prelature is on the mountains with one parish sitting at an altitude of 4,700 metres above sea level. The highest point of this parish is 5,000 meters above sea level. Another part of the prelature is deep in the jungle. During the past two COVID years, I visited every corner of the prelature. Travelling from one place to another I often had to drive for sixteen hours. I visited parishes that had not been visited by a bishop for twenty-five years. When the Missionary Society of St Paul was asked to accept the responsibility of this new prelature, the Apostolic Nuncio informed us that we were being entrusted with the most challenging prelature in all of Perù; a prelature where no one wanted to go.

Geographically we have to travel along some of the most dangerous roads in the world; you would not want to repeat the same mistake twice. Many people have died in traffic accidents on our roads, or falling hundreds of meters to their death. During Holy Week of 2021 one of our priests, 55 years old, fell down the abyss together with his driver. We found their corpses three days later, hundreds of miles away. Culturally our prelature is made up of a variety of cultures. Three different languages, Spanish, Aymara and Quechua, are spoken on the territory covered by the prelature. The older population, in their 70s and 80s, do not understand Spanish. We also live among people with different cultural and religious traditions, with a mixture of popular religiosity and witchcraft.

Economically, the vast majority of the people are hard workers, dedicated to farming and agriculture. Due to the high altitudes, the only crop that can be harvested here is potatoes and quinoa. Typically farmers have little cash and they often barter their goods to survive. Most families lack basic needs, like adequate housing, toilets and showers. Houses are built of pressed mud and resemble stables rather than houses

Medical Assistance. Due to the lack of good medical attention, death is extremely common. People often say that they have run out of tears. We are asked to celebrate a funeral almost every day of the week; death can strike anyone, anytime.

Education. Most people consider themselves lucky if they succeed in finishing secondary school and can read and write. Some of them would not be able to afford to pay for any further studies at university, making it extremely difficult to break the cycle. Most young adults choose to follow in the footsteps of their parents and dedicate themselves to farming and agriculture.

Pastorally, we have encountered people who barely know how to make the sign of the cross; they often have to look at what others are doing so they do the same. Some do not know any catechism, the Mass or anything about the sacraments.

Our pastoral plan is to tackle this challenge gradually. As our model, we keep Jesus with the two disciples on their way to Emmaus. Jesus cares, listens deeply, corrects and finally gives the gift of himself. In our prelature fifteen priests minister in twenty-one parishes.

Like in other parts of the world, the COVID19 pandemic has hit us hard. Two priests, one of whom was only 36 years old, died of COVID. Still, all this gave us the opportunity to immerse ourselves more deeply into this reality, without being judgmental and without being haunted by activism. Only now we are starting to reopen our churches and chapels, and we are trying to attend to our people to the best of our ability. In our parishes, we have started to organize catechism for small groups of children, youth and the elderly. We imitate the first Christian churches and build communities by sharing the Word of God and Breaking the Bread.

The ongoing formation of priests and laity is extremely important; I strongly believe it provides a solid foundation for our future. Following the example of Our Lord, we not only support our people by nourishing them with the Word of God but also by providing them with their daily needs. We plan to supply clinics, schools, kitchens, clothes, houses and other necessities. Following in the charism of our Founder, the Servant of God Joseph De Piro, we help the People of God in whatever they need and in whatever way we can.

Towards a brighter future.
We are presently constructing a building to house our chancery offices. This will be a humble building. On the first floor, we are building a large hall where children can come together to do their homework assisted by some teachers. This hall will be equipped with computers and multimedia resources to give these children the opportunity to study and develop academically. On another level, we will have the offices for our administration, some rooms, and a small chapel. This will provide space where volunteers and visitors can sleep the night when necessary.

Mobile Clinic. Public health is a big consideration. We have equipped a mobile clinic that to travel to remote areas and villages to provide medical assistance in places where there are no clinics. Here we are providing the services of a doctor and a nurse and giving people the medicines they require free of charge.

Our dream: A university.
We have a very ambitious project on our bucket list, one I strongly believe is urgently needed. Our children and young people will be able to succeed academically if we could provide them with the opportunity. Since they have to pay their university fees, and they cannot afford this, tertiary education is considered a luxury. Those who are able to attend a university, have to work in the morning or at night to cover their costs. It would be a great blessing if one day our prelature could provide free university education for those who cannot afford it. We will ensure that academic studies will deliver the values and dignity of the human person that our societies desperately need today.
Education is the answer to many of our struggles in Perù. Through education, we would be able to form better leaders and families, able to face the challenging times we are living in. I believe that in this way we would be offering these young adults a fishing rod to learn to fish for themselves, and not simply providing them with fish for a few days.

The article first appeared on ‘The Link,’ Series 3 Issue 4 (May 2022), a newsletter of the MSSP Australia Community.