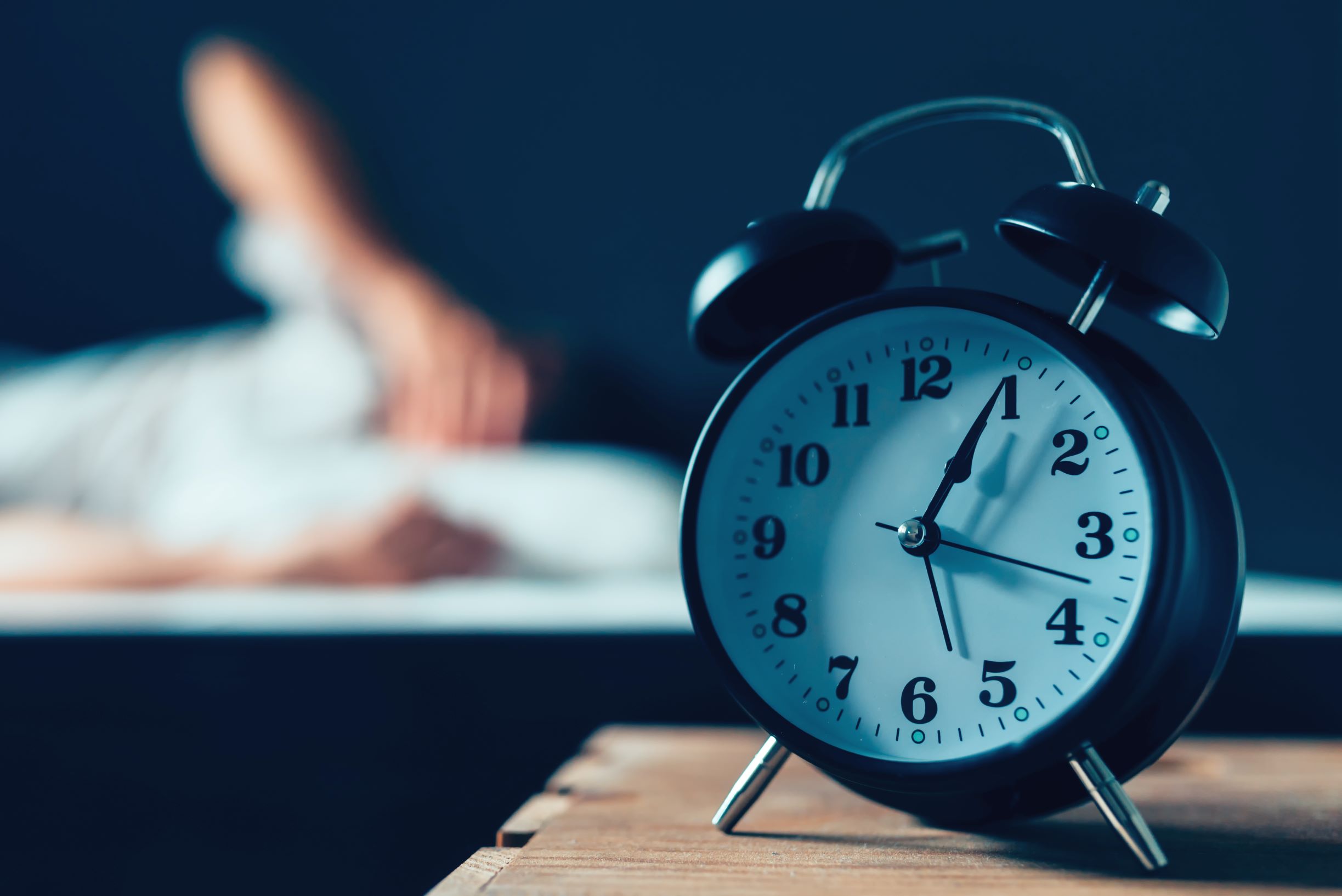 Jesus said to his disciples: ‘There will be signs in the sun and moon and stars; on earth nations in agony, bewildered by the clamour of the ocean and its waves; men dying of fear as they await what menaces the world, for the powers of heaven will be shaken. And then they will see the Son of Man coming in a cloud with power and great glory. When these things begin to take place, stand erect, hold your heads high, because your liberation is near at hand.

‘Watch yourselves, or your hearts will be coarsened with debauchery and drunkenness and the cares of life, and that day will be sprung on you suddenly, like a trap. For it will come down on every living man on the face of the earth. Stay awake, praying at all times for the strength to survive all that is going to happen, and to stand with confidence before the Son of Man.’

“Prayer is the lifting up of the soul towards God-
to know him well,
to adore him and
thank him and
to ask him what you need.”

These words of De Piro show quite clearly what was another most efficient means with which he lived his intimate union with God. For De Piro prayer was:

that which first and foremost helped the individual come to the knowledge of God. But here it is quite clear that by knowledge De Piro was not implying only intellectual understanding; he even meant experiential awareness.

Then as a result of this type of knowledge the individual finds out that he has to adore and thank God.

The individual’s experience of God through prayer also encourages the former even to seek the divine help.

There were several witnesses in the Diocesan Process of the Cause of Canonisation of the Servant of God who referred to the prayerful life of De Piro. Putting these testimonies together one can conclude that Monsignor prayed a lot, whenever and wherever it was possible for him to do it:

Fr Telesphoro Farrugia O. Carm., said that he used to see De Piro praying while going to Fra Diegu Institue or when coming back from St Joseph’s, Malta.

Mr Louis Galea, who hailed from Qrendi, said that he used to see Fr Joseph going from one side of the parish to the other, praying.

Benedetta Farrugia, an Mdina spinster, testified that when she met Monsignor passing by, he often had the Breviary open and he prayed on it.

Srs Teresa Degabriele and Pia Caruana said that after visiting the Jesus of Nazareth Institute, De Piro used to go back to St Joseph’s, Malta, by cab, accompanied by Degabriele herself who lived in the Home for babies and small children near St Joseph’s. This must have therefore been after 1925 because the Home was opened during that year. Therefore this was the time when the Servant of God could have taken the opportunity of these trips and talked to Sr Degabriele about her nascent Congregation, the building of the new Institute at Zejtun, or the Home for babies. De Piro did nothing of this. While on the cab, he used to stay quiet, all the time praying.

Fr Augustine Grech, a member-priest of De Piro’s Society almost summerised all the above when he said that the Founder was rarely seen if not praying, even when walking in the public streets.

Br Emmanuel Gafa, one of the first members of the Society, testified that when at St Joseph’s, the Director used to pass through the corridors, praying.

Another Brother of the Society, Felix Muscat, said almost the same thing.

Srs Consiglia Vassallo and Felice Vella of Fra Diegu Institute testified that the first thing De Piro did whenever he entered the Institute was that he spent some time in prayer.

Fr Michael Camilleri, another exmember of the Society, said that whenever the Founder could not sleep at night, he used to stay praying.

Br Felix Muscat synthesised all the above with these few words, “Mgr De Piro was a man of continuous prayer.”

De Piro cultivated his union with God through prayer all along his life, but then there were particular occasions when prayer helped him in a particular way in order to keep alive this union with the Divine:

As he did in Davos where he was because of his sickness “… I felt sick and for the second time (the first was 19 July 1900) I saw vanishing in thin air all my good intentions” In Switzerland he could not start that congregation which he intended to found in Malta. He could only pray, “…and I prayed,  prayed and prayed.”

Returning from Switzerland to Malta, Fr Joseph was determined to put into practice the “… old ideas”. In less than 12 months, on 9 January of the following year, he started sharing his plans with those whom he thought would be of some help to him. But not only this! He continued praying: “18 November (1906): Being in Rome and being today the dedication of the Basilica of the Holy Apostles Peter and Paul, I celebrated mass at St. Peter’s in the Vatican, and precisely upon the altar of St. Peter.  I celebrated in honour of the holy apostles Peter and Paul, praying to them …”

After facing many difficulties of all sorts, De Piro started his Society on 30 June 1910. If he had prayed before founding his Congregation, he prayed as much after its beginning:

In 1923, John Vella, in whom the Founder had put so many hopes, because he was the first priest of the Society, abandoned him to become diocesan. It was De Piro himself who brought Vella the news of his incardination to the Maltese Archdiocese. Fr John himself testified how the Servant of God handled the case, “… the Bishop informed me through Monsignor that he was accepting me in the Diocese. As soon as the Founder returned home, he went straight to the chapel, stayed there for a while and afterwards came to me with the Bishop’s answer.”  Some time after Vella added, “He approached me, looking downwards, and told me, ‘The Bishop accepts you in the Diocese.’ ‘What are you saying?’ I asked him. This was a lightning in August. He left me alone and went to the chapel, knelt down and remained there praying, with his head in his hands.”

The acquisition of the land on which he had thought to build the Society’s Motherhouse meant a lot of fatigue for the Founder. According to Mr John Buhagiar, an employee at St Joseph’s, Malta, and Fr Beninju Azzopardi, one of the first members of the Society, the Servant of God prayed a lot on that occasion.

Mr John Balzan of Qrendi testified that Monsignor was very regular in his prayers:

He used to be daily at church for the rosary and the Blessed Sacrament Benediction.

Fr John Vella, the first priest of the Society, said that even after a hard days’ work, he never slept without reciting the Breviary. And in order not to drowse while reciting the Liturgy of the Hours, he used to say it while walking.

Anton Muscat Azzopardi, a St Joseph’s oldboy, said that in order to remain awake he wanted one of the members, Fr Joseph Spiteri, to remain near him.

Several witnesses emphasised the fact that the Servant of God was very concentrated, recollected and devout during his personal prayers or the liturgical celebrations. And he did not want anyone to disturb him:

Fr Michael Camilleri said that, “During prayers he did not talk to anyone. Once there came the Bishop to talk to him. Since we knew that he did not want to be disturbed when praying we did not want to tell him. At last one of us informed Monsignor. After the Founder went out of the chapel he told us, ‘The one with whom I was is more important than the Bishop.’”

Camillo Aquilina, another of the first members of the Society, emphasised the same thing as regards the Founder.

Sr Eletta Sant of Fra Diegu, noticed the Director’s recollection while in the chapel of the Institute.

The latter also noticed the Director’s great recollection when praying in front of the Holy Eucharist.

Fr Ugolino Gatt OSA related Monsignor’s devoutness to God’s presence in him especially in his participation in the Liturgy at the Mdina Cathedral, “In liturgical acts and in the sacristy he showed the same seriousness. And here one could observe the solemnity of his comportment. He showed most clearly that there was something in him which he really lived and showed externally.”

Sr Pauline Formosa, who was a child in Mdina at the time of Monsignor, confirmed Gatt’s testimony.

In the above paragraphs there has already been mentioning of some types of prayer of Monsignor, but there can be more references to De Piro’s particular prayers:

Fr Augustine Grech referred to the Founder’s meditation: “He made his daily meditation. He used the book “Meditazioni per Religiosi” written by a Jesuit father. From a note written in his meditation book by the late Fr. Joseph Spiteri MSSP, we know that his last meditation, on the very day of his death, was ‘The unfaithful religious in front of God’s Tribunal.’ Whenever he was in our House, he made his meditation with us. Our meditation used to last for half an hour.”

Here Fr Grech was referring to the days when De Piro had already founded the Society. But the Servant of God himself indicated that he had been doing the meditation much before 1910. In the pros and cons exercise with which he discerned his vocation, Joseph, although he was not even a seminarian, mentioned the meditation.

De Piro could not act otherwise. He was so much convinced of the necessity of the meditation in the life of consecrated persons:

To the 1929-1930 Brother novices he said this, “Meditation is very much necessary … The meditation is that we think of God in his virtue. Meditation is half an hour’s retreat. Therefore we should leave everything behind and think of God.”

Fr Augustine said also that De Piro, “… was faithful to the Divine Office.” The same witness testified that,“At midday he made the particular examen, and before going to rest in the evening, the general examen of conscience.”

Two Brothers of the Society, Felix Muscat and Venanz Galea, and Fr Dominic Coppola Ofm, an exmember, said almost the same words about the Founder’s meditation, the Divine Office and the examinations of conscience.

Srs Vassallo and Vella said that the Director visited the Institute three times each week, Mondays, Wednesdays and Saturdays. On Thursday, at about 3.00 pm., he used to make the one hour adoration with the girls of the Institute.

The same was said by Carmena Mallia, an oldgirl of the Orphanage.

In the pros and cons exercise for the choice of his vocation, young Joseph De Piro mentioned the reading of the lives of the saints.

Fr Augustine Grech testified that he could notice that the Founder, because he was a man of prayer, was continuously in the presence of God.