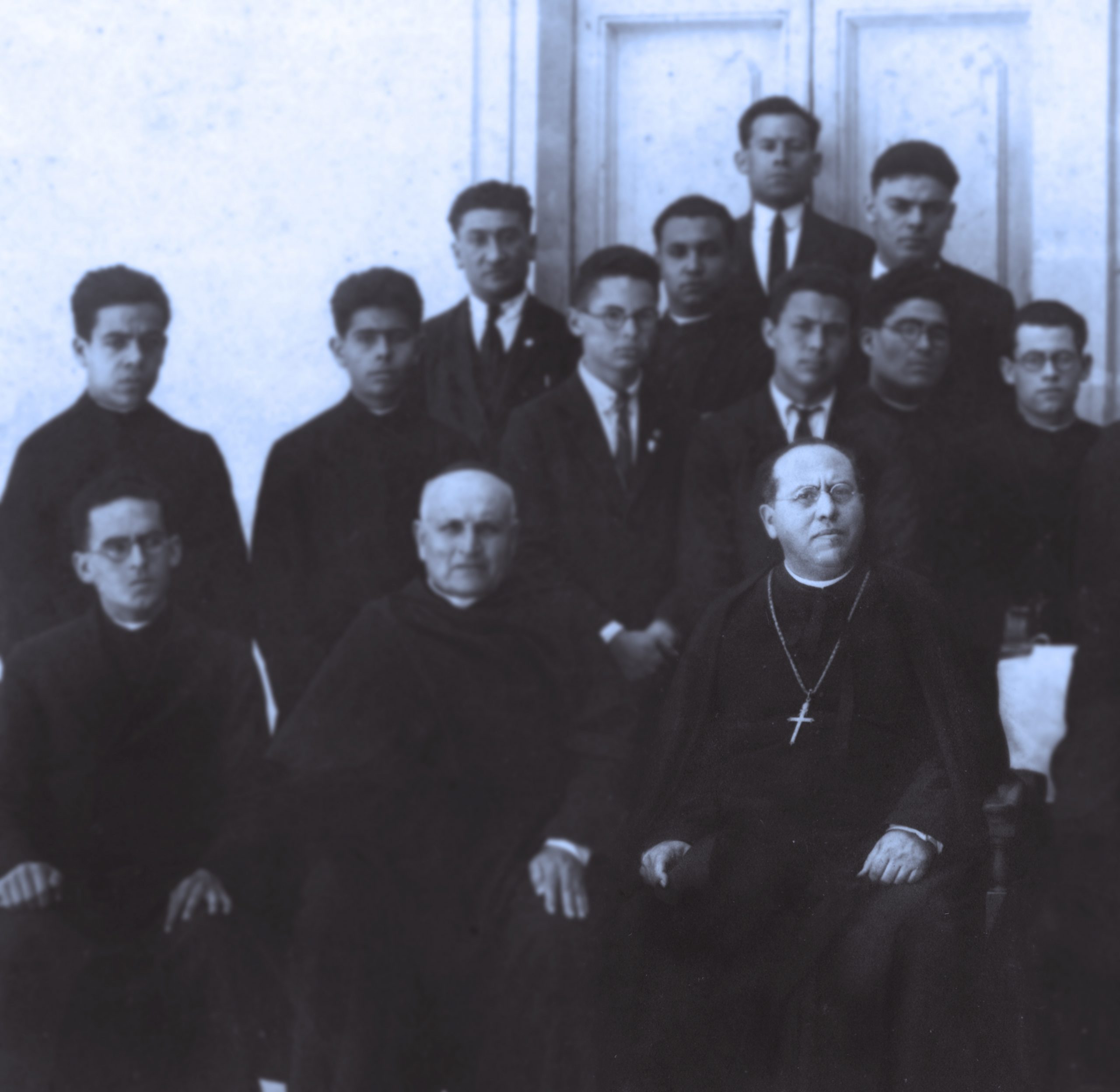 In 2010, exactly on the 30th  June, we celebrated the centenary of the Foundation of the Missionary Society of St. Paul, which occurred in Malta in 1910. It was an important moment for all members and lay to remember and to thank the Lord who accompanied us with his love and guidance. It was also an opportunity to look forward to a deeper commitment to the mission of evangelization according to the signs of times, for God has his own ways of making Himself visible in today’s world. The humble beginning occurred when our islands were under British Colonial Government. So in 1914, Malta was involved in the First World War. Malta at that time of war became known as the Nurse of the Mediterranean because of the many wounded soldiers first in Gallipoli and then elsewhere came to our island for their treatment and recovery from the wrath of war. At the end of the Great War in 1918, continental Europe was trying to stand up again after the ravages of war. On our islands, poverty, unemployment and hunger were immense and there was very little hope of improvement from this situation. This was a time were many emigrated to North Africa. The cost of living increased dramatically, food became scarce, prices went up, but what hit most badly was the increase in the price of bread. The situation was increasingly tense, so on Saturday 7th June 1919, a series of riots by the Maltese erupted in Valletta. British troops were on the streets of our capital. At one moment they fired into the crowd another was bayoneted, killing four and many others were injured. Our Founder had a vital role in helping maintain peace and order. He went on the streets and appealed to the angry crowd to calm down. These events led the way and on the 1st November, 1921 became a date cherished by the Maltese. It recalls the opening of Malta’s first parliament and Senator Joseph Howard became our country’s first Prime Minister.

May this other centenary that we are celebrating as MSSP, serves us to renew our commitment for Evangelisation and grow in the right resolve in practicing it. Joseph De Piro is a true and dear guide for us.

This was the historical background that led to another milestone event in the life of the Society of St. Paul, which was still in its infancy. This is what we are celebrating on the 14th November 2021. We are commemorating the first centenary 1921-2021 from the Diocesan Approval of the MSSP. The Servant of God Joseph De Piro knew that his ‘small community’ or as he called it ‘ la piccola famiglia’  needed to be officially recognized by the Church. His desire was the approval from the Church authorities so that he can work in closer collaboration with the Church for the Church. He had a vision that his Society will go overseas to bring the Good News to all. So the expected date arrived. On the 14th November 1921, the Bishop of Malta Mauro Caruana OSB issued the Decree Auctoritate Nostra Ordinaria called so because of the first three words of the Decree, recognizing according to Canon Law, the Society of St. Paul, (SSP). I quote “ According to our powers as Ordinary, we are authorized to make known and declare founded, canonically approved and recognized by Canon Law – the Pious Society under the title of St. Paul the Apostle.”

By this Decree, the Society made another step forward. In fact, a couple of years later,  Joseph De Piro sent Br. Joseph Caruana as the first missionary to Abyssinia. Difficult moments did not stop and his piccola famiglia needed his constant support to keep it alive, trusting in the Divine intercession from above. He had a favourite quote, “ if the Lord does not build the house, in vain do its builders’ labour.”(Ps. 127:1) teaches us to believe that after all, it is God who is at work and if it is His will it will flourish.

As Fr Mark Grima MSSP, wrote in his message for this first centenary from the Diocesan Approval of the Missionary Society of St. Paul wrote, “May this other centenary that we are celebrating as MSSP, serves us to renew our commitment for Evangelisation and grow in the right resolve in practicing it. Joseph De Piro is a true and dear guide for us.”

Fr Lonnie Borg, is a Maltese missionary currently based in the Australian province ministering with the Maltese Chaplaincy at Parkville.