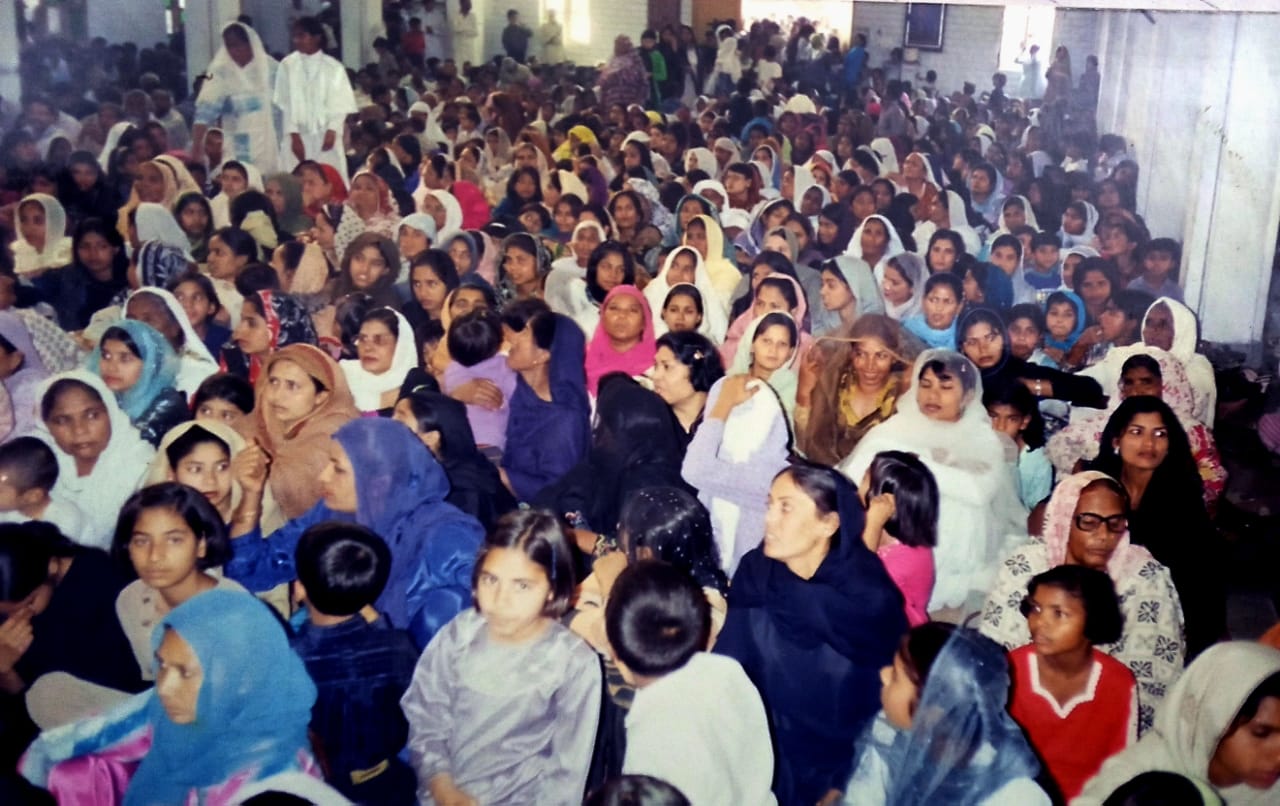 On the 23rd January 1981, the first two missionaries of the Missionary Society of St. Paul arrived in the city of Lahore in Pakistan. Their original intention was to spend a few months in Pakistan before going to Indonesia where they had been destined to start a mission. However, 40 years have passed and the MSSP are still here.
Let us briefly look into what happened during these past 40 years.

The first two missionaries started their ministry in Lahore, in response to an invitation by Bishop Armando Trinidade and a number of months later, on the advice of Bishop Paul Andreotti, they decided to move to the diocese of Faisalabad. They spent a couple of months studying the language and then began their mission in the parish of Chak Jumra.
When it had become clear that it was not possible to establish a mission in Indonesia and since it was evident that there was a lot to do in Pakistan, the Society started sending other members and the number of missionaries increased, as did the work. A few years later, the bishop entrusted them with another parish, that of Chak Saat, as well as various other ministries. The Society also opened a formation house in Chak Saat. Towards the end of the eighties, another formation house was opened in Karachi.

Throughout these 10 years, the Society continued to strengthen its pastoral work in the parishes of Faisalabad. The enthusiasm of the Society’s members for pastoral ministry together with that of other missionaries also helped to slowly initiate a change that was even being recognised by the local clergy. During this time, the number of local vocations started to increase steadily. Hence there was a great interest in formation ministry.
In the meantime, the Society returned to Lahore. Fr. Bernard Mangion was chosen as the Rector – first in the minor seminary and later on as the first rector of the major seminary in Youhanabad. The Archbishop asked the Society to take the new parish of Youhanabad into its hands. In a matter of a few years, it was transformed from a small parish of a few hundreds to one of the largest parishes of the diocese.

Following the Islamic terrorist attacks on the Twin Towers of New York on the 9th September 2001, the situation in Pakistan changed drastically. Whereas before Pakistan was hardly ever mentioned in the international news, not one day would pass without it being mentioned due to the terrorists that began to emerge from there and also because of the many terrorist attacks that where taking place there.
Many members had to leave. We had to leave one place after the other until we remained only in the parish of Youhanabad. This parish continued to flourish, so much so that in 2008 the diocese decided to divide it into 2 parishes.
The Society now started its ministry practically from the beginning. Whereas the diocese kept the more established part of the ministry, it entrusted the work of the new parish to the Society. This new parish did not even have a parish church – there were only 3 small chapels.

Gradually, the country’s situation started to improve. The attacks were less frequent. They did not stop altogether, but since around 6 years ago the difference started to be felt. Throughout this time, we slowly developed the ministries we carry out today. These include:

The parish – today the parish consists of around 1200 families spread over 17 places. The parish is the base from where pastoral work as well as other charitable works are carried out. The latter include 2 main projects. The aim of the first project is to help students continue their studies post-secondary. On the other hand, the second project is focused on helping individuals and families experiencing health crises or social problems.
The school – starting off as a small primary school, this has now expanded and incorporates a secondary school too. Following the arrival of the Maltese Domenican Sisters to the parish, who started a girls’ school, our school began to cater for boys only. These two schools made it possible for many poor families to have their children educated.
The Seminary – we also remained offering our contribution to the seminary with regards to the teaching of Philosophy and spiritual direction.