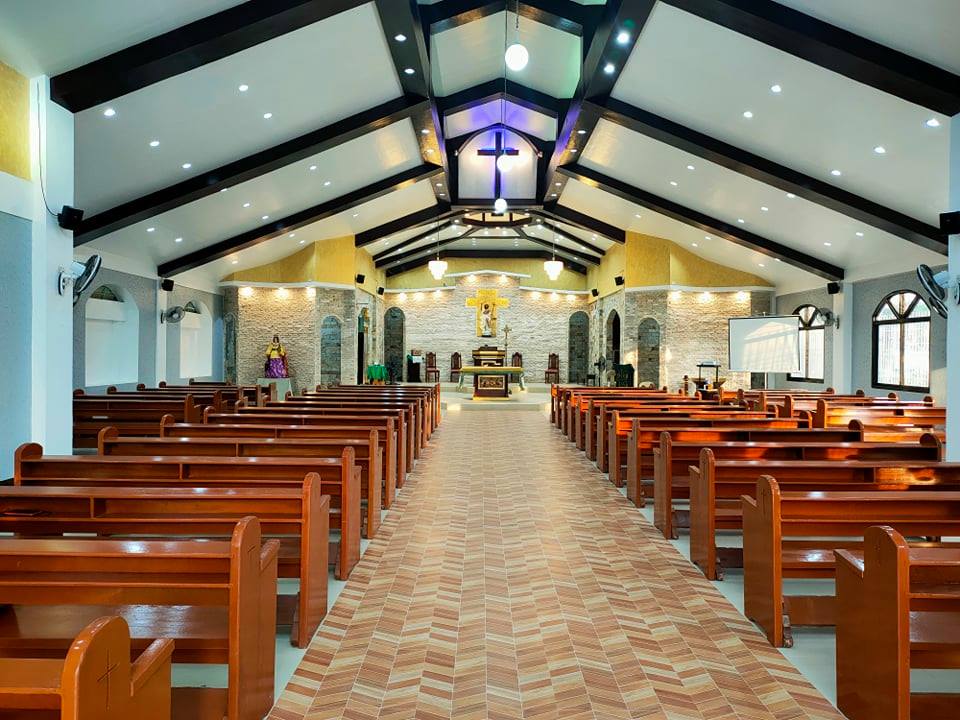 One of our main ministries in the Philippines is the pastoral zone of St Catherine of Alexandria in Pagalanggang, located in Bataan. Apart from the various ministries and initiatives developed within this parish is the pastoral care of the congregation. Over the years the need for a larger space of worship was felt to accommodate for the increased number of people that congregate there. Fr Joe Cremona mssp, the parish priest of St Catherine’s shares the inside story of this project as it nears its completion.

During 2018, the parish pastoral council (PPC) noted how often the Parish church had become too small to host regular and important liturgical celebrations where many people were involved. A committee was set up to organize fundraising activities. After fifteen days the members of this committee left. The only person who stayed was the president, who then became the Captain of the village.

Preparations for the construction started in 2018, but only some small works were done. In January 2019 we started the construction of the sides because we were promised by an NGO that a sum will be sent to us (Euro 60,000) once we begin with the construction. Only US 1000 were donated from this group. So we had to look for other sources and we had to stop our construction works many times during that year because of lack of funds. In February 2020 works started again after having been at a standstill for months. At the time we were experiencing the first casualties of Covid- 19 and schools in the Philippines were closing and sending home their students. Lockdown started on March 15, 2020, and so we had to stop again because of this, with works resuming in June. Meanwhile, we were getting funds from different places and countries. Parishioners, people from Bataan, Manila (thanks to our MSSP community and some friends of Fr. Mark, the MSSP in Australia, Canada and Malta, We were really surprised and thankful to God for his great providence.

After a change of foreman, things started moving. We are currently still working on the last finishing and other important details, like the sound system, benches and chairs.

Looking back we can say that God really provided many persons to support us financially and even in materials like all the paints from the company Boysen in Manila. All this is a monument of God’s providence in such times.

People are now attending the Sunday Eucharist and although in restricted numbers. We are seeing new faces coming to the liturgies of Sunday. Thanks be to Go0d for all this, to the MSSP members, friends from different countries and from the Philippines, for making this project happen.