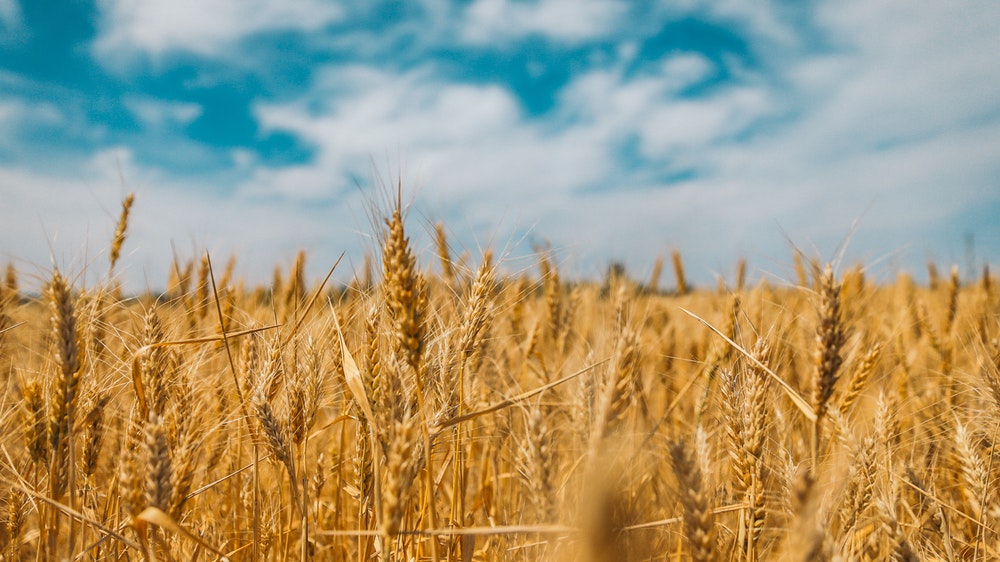 As we approach Palm Sunday and Holy week, the readings for this Sunday’s liturgy start preparing us for Jesus’ passion and death. In the gospel we read the equivalent of Jesus’ agony in the garden as presented by John. In the gospel according to John, Jesus does not plead to the Father that the chalice of the passion be taken away from him, instead, the passion is Jesus’ moment of glory. In the passion, death and resurrection of Jesus, the Father’s name will be glorified.

The prophet Jeremiah tells us that God will now write his law, not on the scrolls of the Torah, but in our hearts. We have no need to go searching for God’s will, God speaks to us in our own heart. The question is for us to understand God’s will and to do our best to achieve this every day of our life. As we approach Jesus’ death and resurrection, we learn that Jesus does the will of the Father by submitting to his passion and death for our salvation. Jesus, the Son of God, is continually in touch with his Father’s will. Through Jesus’ death and resurrection, especially in the gospel according to John, we too become children of God, through his writing of his law in our hearts.

The author of the letter to the Hebrews teaches us that we become one with the Father’s will through our obedience to God, following in Jesus’ footsteps. Jesus learnt to obey through suffering, does my suffering and the carrying of my cross in discipleship of Jesus lead me to obey God as I pray ‘thy will be done!’

In his unpublished doctoral thesis The Incarnational Aspect of the Spirituality of Joseph De Piro, Tony Sciberras mssp writes about De Piro’s obedience of the Lord’s word in his section entitled ‘A love until it hurst.’

De Piro shared his own money

Mgr John Baptist Ghigo testified that Ursula, the mother of the Servant of God, used to tell him about the charity her son used to make, “He is always asking for money, ‘Do you have £2.00, because I gave what I had to the poor.’” Christian Scerri witnessed that, “He gave away both his cathedral salary and whatever his mother gave him.” Piera De Piro Gourgion, a niece of the Servant of God, confirmed the above.

The Servant of God provided the children at the orphanages and the members of his Society with whatever they needed. He often gave them his own personal money. Carmena Mallia, an old girl of Fra Diegu Orphanage, was quite explicit about this:

“In his capacity of Director, the Sisters of the orphanage approached him for all their needs and he was always ready to provide whatever they required. He never ever mentioned where or how he obtained that which was asked of him, and sometimes it was evident that he was the donor. One day the Mother Superior asked us to say special prayers as the sum of ninety pounds was urgently needed to pay off our debt for bread. Soon after we came to know that the Director had acquired the sum in question. During the First World War he saw to it that we never lacked anything even though the times were difficult. We had all we needed and never missed our morning tea and we also had sugar and bread every day.”

While in Rome for his studies, De Piro did not have any other income except that given him by his mother. In spite of this, not infrequently, Joseph used to send donations to St Joseph’s Orphanage, Malta.

De Piro did not give his own money only to the orphanages and to the members of his Society. Anthony Scerri testified to the Ecclesiastical Tribunal that the Servant of God addressed some of his finances for the teaching of catechism, “De Piro hired a room near the first house of the Society in order to gather together the boys for catechism.”

George Wilson, from Mdina, showed that De Piro gave the poor even the money that was really necessary for him, “He was so generous with the poor that he would often be obliged to go back home on foot, because, on leaving the orphanage to return home, he would find that he had given away all the money he had, even the tram fare to take him home. I have seen him walk back home.” Later Wilson added, “He was a charitable man and he often gave money to the poor. The funny thing was that he used to have to walk home because he was penniless.” Fr George Cassar, a seminarian at the time of De Piro’s rectorship, “There were many times when he wanted to go to Mdina with the tram but he did not have the money to pay the fare, because he would have given it to someone….”  Later on Cassar said, “Sometimes, instead of using the train, he took a cab. This way he saved the money and gave it to the poor drivers.” The same thing was repeated by Sr Bibiana Zammit, a sister at Fra Diegu Orphanage.

De Piro shared the Society’s, and therefore his own houses

The Founder provided residence for the members of the Society, therefore the houses of the Congregation were his, or at least leased using his own money. A year after the foundation of the Society, De Piro opened up the first residence of his Congregation for the teaching of catechism. Thus one can say that De Piro was indirectly paying for the catechism classes in the Society’s first house. Moreover, while the 1917 Code of Canon Law requested religious to make their parish churches available for the teaching of catechism, De Piro exhorted the members of his Society besides their parish churches, even to make available their other churches, and also their residences, for the catechetical instructions. This meant the Society’s own property.

De Piro shared his own bed and clothing, his own rest and his own food

– His own bed and clothing.

“When Monsignor visited his family, at Mdina, he travelled by train. The train stopped at the station, below the bastions, where was a bridge. Once I saw him coming towards me and I noticed he was trembling. I asked him what had happened. ‘Lawrence, I had a big fright today,’ he said. ‘What happened?’ I asked him. ‘On my way from the station to Mdina,’ he said, ‘I was attacked by two men who gave me a terrible fright.’ ‘What did they do to you?’ I asked him. ‘Nothing,’ answered De Piro. ‘As soon as they realised who I was, they let me go.’ ‘So I will come and meet you every evening, at about 7:00, and accompany you on your way,’ I told him.

Once as I waited for him, with a lantern in my hands, I saw him coming with a boy whose clothes were dirty and torn. ‘I found this boy alone on the shore, so I brought him with me,’ said De Piro. He brought the boy to Mdina. In those days rich people used two mattresses, one on top of the other. The top one was stuffed with wool while the bottom one was stuffed with straw. De Piro took the boy to his room and, without thinking it twice, removed the bedsheets, took the top mattress, placed it in the corner of the room, and prepared it for the boy to sleep on. A few days later, without telling Monsignor, I visited Monsignor’s mother to ask her for another mattress for Monsignor. ‘What happened to the one he had?’ asked Ursola, and I told her what had happened. When Monsignor visited his mother, she gently told him, ‘Joseph, why did you do that? You would be very tired after a day’s work. You would not be able to sleep properly without those two mattresses.’ Monsignor did not say anything. When we left his mother’s residence, he turned to me and said, ‘Lawrence, whatever you see and hear in my room, is not to be reported to my mother.’ ‘Who else could I tell if not your mother?’ I asked him. ‘Who else could give me another mattress for you?’ ‘Silence is the best thing in such circumstances,’ he answered.”

The story of the poor boy was also spoken about by Elena Refalo, one of the nieces of the Servant of God. Joseph Tonna, from Mdina, said:

“In summer De Piro used to go to Birzebbugia and he used to take Lawrence Grixti with him. When the latter went to Mdina and Ursula, the Servant of God’s mother, asked him about her son, Lawrence used to answer her, ‘As usual he slept on some sheets on the floor, only wearing a jumper, because he gave his other clothes and his mattress to charity.’ He never showed off his charity.

Anthony Scerri, who attended the Mdina catechism classes in the first residence of De Piro’s Society, said, “When he come to Mdina to see his mother, and he was wearing an old pair of shoes she told him, ‘Oh, Joseph, look at your shoes; they are not suitable for you.’ Joseph would reply, ‘Don’t worry, mum, what I save from buying new shoes I give to charity.’”

Due to his many responsibilities, Joseph De Piro often did not have enough time left to rest properly. Nazzareno Attard spoke about this more than once.

George Wilson worked at St Joseph’s Orphanage, Malta. One day he noticed that De Piro was depriving himself of something more vital than his money, clothes, bed or rest:

“He was grateful for the smallest thing. If you offered him an apple he gratefully accepted it. He took it, thanked you, and then, surprisingly, gave it to someone else.

One day, while waiting for the relic of St Francis Xavier to be brought to St Joseph’s Orphanage, he felt tired and hungry. He asked me, ‘Could you kindly bring me some coffee, Wilson, please?’ I brought him the coffee, and he gave it to Canon Aquilina!

Anthony Gatt spoke about the same event and quoted Fr Joseph Spiteri, one of the first members of the Society of St Paul and a very close collaborator of De Piro, “As Fr Joseph Spiteri used to say, there were many times when De Piro gave his food to someone else, and he only took a cup of tea. He was a very charitable person. He gave everything he hand, and never kept anything for himself.”