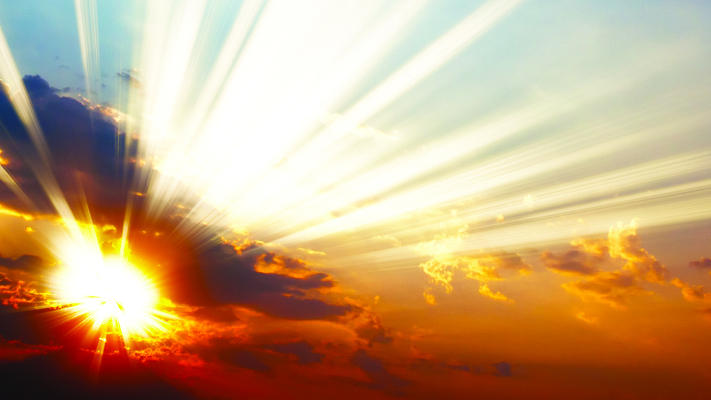 Scripture speaks of the different ways how God revealed himself to us. The Old Testament speaks about God’s self-revelation in creation and then through the prophets. Finally he reveals himself through his only Son (cf. Heb 1:1-2). In the prologue, John speaks of the final Word of God spoken to humanity (cf. Jn 1). Luke speaks of the baby being born and revealing himself to Mary and Joseph and to the shepherds (cf. Luke 2). Matthew goes even further and brings in the wise men from the East who come looking for the king that was born.

The mystery of the incarnation is the story of God’s revelation. The incarnation does not stop on Christmas day, but continues through the ministry of the Church as it goes forth and proclaims the message of God’s love and mercy to all peoples. The wise men from the East are the first gentiles to hear the message, today the Church continues to carry on this mission in different countries, evangelising and re-evangelising the good news.

The feast of the Epiphany is another moment when we can remember and celebrate our ministry of mission and evangelisation. For us with a missionary charism, we celebrate this day as another moment when God reveals himself beyond any physical or cultural boundaries, inviting all to share in his love and in his life.

De Piro placed missions first among the apostolates of the Society.

In the constitutions, the section about missions has been placed as the first one among the various ministries of the Society. Then in the opening paragraph of this section the Founder was very explicit about the priority of the evangelisation ad gentes for the members of his Society, “… the Missions are among our main ministries…”

Without any geographical limits.

In the second paragraph of the constitutions, the Founder indicated that the members were expected “to work among people who lacked ministers of the gospel.” The Servant of God was indicating that there were to be no territorial boundaries regarding the evangelisation of the members of his Society. Speaking about missions, De Piro repeated this unconditional consecration of the members of his Society, “the vow of missionary sevices obliges everyone to be always ready to go to any part of the world.”

Within the parish context.

“In our churches, besides preaching, the sacraments of reconciliation, and other activities, the Missionaries are to perform those duties that are normally to be expected in a parish.”

The Missionaries are expected to minister, “always according to the local bishop’s wishes.”

Accountable to their immediate superior of the Society.

De Piro emphasises accountability and demands it from formators, in the parish ministry and from those evangelising in ad gentes missions.

“Every week, the superior of the Mission, is to inform his immediate superior about all noteworthy events, and to ask his advice and direction. The same applies to those who, because of their ministry, do not live with their community.”

The prayer life of the evangeliser is a support for his evangelisation.

“If the Missionaries, because of their mission, are deprived of the great benefits of community life, they are to keep alive their desire of their personal perfection. They need to observe better the holy rules of the Society and be faithful to the daily meditation and examination of conscience, and also to the other practices of piety.”

Prayer for evangelisation itself.

De Piro was busy all the time, he was continuously doing one thing or another. The witnesses who knew him spoke of this characteristic of his. Even the Saint Paul: Almanac of the Institute of the Missions proves this. When De Piro wrote about a role model in missionary life, he often emphasised this about him. He also believed that: “Unless the Lord builds the house, those who build it labour in vain.” Therefore he insisted that the members of his Society should:

“… as soon as they are assigned to a mission, they are to welcome this as coming from the hands of Divine Providence. Immediately they are to start praying for the people they would be evangelising.”

During their mission, the missionaries must continue, “…to pray every day for people in their care…”

Man leads by example. After insisting on the importance of prayer, De Piro draws missionary’s attention towards a personal good life.

“Once they arrive in their place of mission, they need to keep constantly in mind St Paul’s words, ‘we are the pleasing aroma of Christ’ (2 Co 2:15), and to be happy with the room, the bed and the food which they are given.”

As days go by, the members must remember that life is itself a form of evangelisation. “… everyone must be careful not to give the slightest bad example by the way they live and the way they treat those who they are called to evangelise …”

De Piro continued to emphasise that evangelisers must be always discreet in their apostolate, attentive in observing boundaries and never to mix roles. He mentioned such things as matchmaking, being involved in the drawing up of wills, and being godfathers.

With regards to discretion in evangelisation, the Founder wrote, “… they are to watch not to overstep the red line, causing spiritual harm for themselves and others.”

In the Constitutions De Piro writes:

“In a strict sense, mission entails the sending of two or more missionaries to a parish or another place to minister with the bread of the Word of God, and to offer the most Holy Blood of Our Lord Jesus Christ by means of the sacraments of reconciliation and the Eucharist.”

In one of his sermons, De Piro presented his concept of evangelisation very clearly. Between 1918 and 1920, De Piro served as rector of the Maltese Diocesan Major Seminary. A little later, a newly ordained priest who had been a seminarian during those two years, invited the Servant of God to preach the sermon in his first Solemn High Mass. As De Piro was preaching on the occasion of the feast of a priest, he presented the teaching of the Good News as the work of the priest, but from De Piro’s words one can easily see what the Servant of God understood by evangelisation itself:

“Our society … has made great progress in the arts, science and all kinds of inventions. Those who love their country are therefore happy with this advancement of civilisation. However, progress alone is not enough, society still needs a light that can lead it to glory. Religious instruction is an absolute necessity. Society needs to be taught how to behave in God’s presence. Who can address this need? I cannot give you an answer, nor can the ancient philosophers, even less the modern ones. Jesus Christ will provide the answer. He points towards the priest, his ambassador, and tells us that he is the light that could lead us to glory. Jesus Christ speaks and orders: ‘Go and teach’ (Mt 28:19). In another place, as confirmation of his mission, he says: ‘Those who listen to you, listen to me’ (Lk 10:16). If society bans the Catholic priest, it deprives itself of all good. To reject the priest leads to eliminating Jesus Christ, and where he does not reign … there is darkness not light, errors not truth, and death not life, because only Jesus can say: ‘I am the way, the truth and the life’ (Jn 14:6).

Whenever error starts to spread in a country and minds become darkened and hearts corrupt, the priest cries out loudly to keep the Catholic faith alive. When egoism triumphs, when the poor, the widows and the orphans are ill-treated, it is the priest who preaches about love in the gospel. With apostolic courage he reminds everyone of that justice … that awaits us in the next life. When family life is endangered, the priest can bring back peace and serenity, order and harmony and can help put the family back on the right tracks, restoring its dignity. The priest speaks to everyone, young and old, powerful and weak, rich and poor, intelligent and ignorant, kings and subjects. Through his word everything becomes sacred, children, people, government. His message is only one, love God, love one another, be virtuous, avoid evil.”

Evangelisation of the whole person.

“Missionaries are called to evangelise the non-Christians and they should not refrain from educating them also in civic matters. This indeed contributes to their spiritual wellbeing …”

A non-possessive evangelisation or planting of the Church.

The Founder concluded his section about missions by writing about an attitude that had to form part of their evangelisation of the ad gentes countries.

“Once, by the Lord’s help, they complete their mission, the missionaries are to leave the field of evangelisation as soon as possible.”

De Piro did not want the members of his Society presume to control those they evangelised. Rather, he urged them to leave the place when they finished their duty, and this was to be done in a brisk way.

De Piro promoted “the indigenous clergy movement.” In the 1929 Almanac the Founder wrote:

“Recently we have seen the missions flourish. We do not owe this simply to the great zeal lit in the hearts of the Christians for the Popes’ invitations. It is a result of the work of indigenous clergy, priests who have been ordained from the mission country itself. From its early days, the Church has always understood the necessity of the local clergy.”

What made De Piro so enthusiastic for evangelisation.

Joseph De Piro was imbued with the love of God the Father, expressed in a special way through the various mysteries of Jesus Christ.

In his sermons the Servant of God often spoke about the Lord’s incarnation. The Son was sent by the Father among us, he became like us, and while he lived among us he worked out the mission the Father sent him to execute. He showed us the Father’s love.

The mystery of the passion and death Jesus suffered for us, sinners, influenced the Servant of God since his early youth and continued to help him move forward throughout his life.

For Joseph De Piro, the Eucharist was the continuation of the incarnation. The sacrament invented by Jesus and through which he becomes one with us.

Sacred Heart of Jesus was for the Servant of God nothing less than the abode of the divine love and therefore that which continuously saves us.

Permeated with this divine love, De Piro, could not resist telling his brothers and sisters, personally or through others, Maltese living in Malta, migrants, and people in ad gentes countries, about this divine love.

He also always preached that faith was:

When one reflects on these words one can understand why De Piro was so enthusiastic for evangelisation!