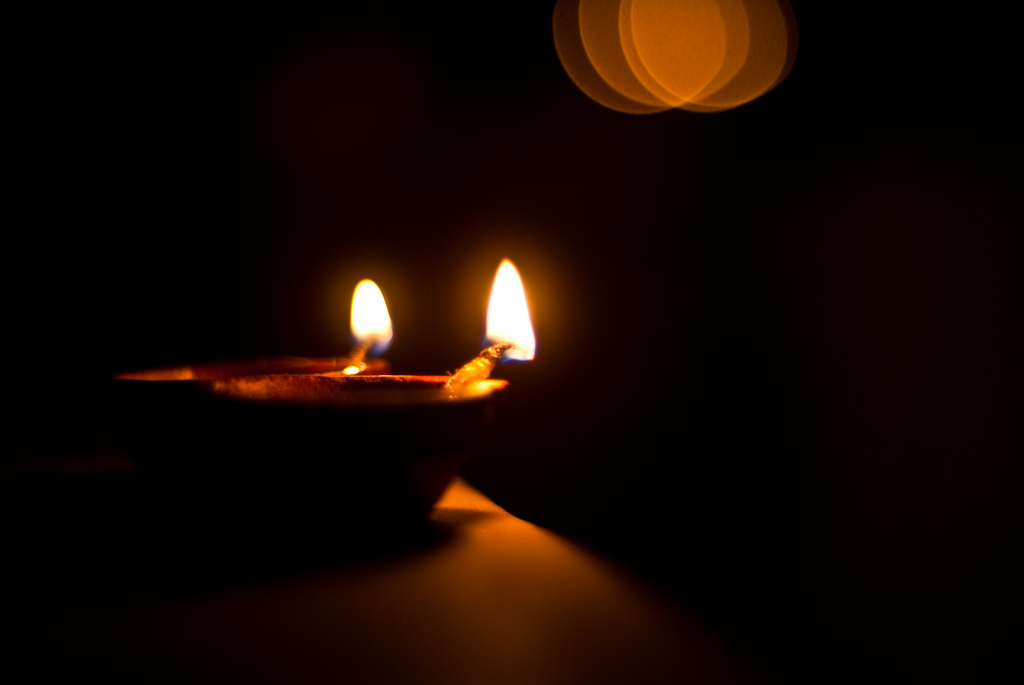 The readings this Sunday encourage us to be wise and to look for wisdom. In scripture, wisdom is not intelligence or academic excellence, but an openness to listen to the word of God and to be ready to participate in the life of God.

In the first reading, from the book of Wisdom, wisdom itself, often characterised as the Spirit of God, goes out looking for those who search for her. Wisdom helps the person who receives it to encounter God and become familiar with his word and his will.

In the gospel parable, Jesus declares that they are wise those who ‘stay awake’ and are prepared to meet the bridegroom. The kingdom of God, living in God’s presence, can only be achieved if we are always awake, waiting to welcome the bridegroom into our lives. If we go to sleep, then the bridegroom will come, and we are left out of the wedding feast. The wise person is prepared and alert, ready to see the signs of God in this life, so that he or she can then be able to enjoy his presence in the fullness of the kingdom.

Joseph De Piro did not excel in his studies. Although at the beginning of his studied he had estimated to spend ten years studying in Rome, ending up with a doctorate in Canon Law, in his discernment whether to join the ecclesiastical diplomacy or to live at St Joseph’s Orphanage, he admitted that he was not doing too well in his studies. Yet he had scripture wisdom, the wisdom from the Spirit.

The Servant of God belonged to a noble and wealthy family. In Malta, his family owned houses and mansions at Mdina, Valletta, Attard, Birzebbugia, Lija, Qrendi and St Paul’s Bay. They also owned a house in Rome and one in Florence, Italy. All these were big, well-furnished residences. Joseph’s brothers and sisters, including Fr Sante, had their own spacious and rich mansions. Like his sisters and brothers, Joseph could have owned his own house. Instead, he had at his disposal rooms in his mother’s residences; these rooms were well furnished, with all that was necessary. He did not live in any of these residences, but in the orphanages he was responsible for, or with the members of his society at Mdina, Rabat, or Birkirkara. Unlike the rooms in his mother’s mansions, the rooms he used at the orphanages or in the society’s residences were not well appointed.

Ursola De Piro employed five maidservants and a butler. Even Fr Sante had servants in his two residences. Br Calcedon Zammit, one of the first members of the society, who was himself a cook, said that the servants prepared very good food. Some contemporaries remarked that food in the orphanages and in the houses of the society was good; others disagreed. De Piro had his meals at the orphanages and with the members of his society and shared the same food with them.

When the Servant of God lived with his mother, she looked after his clothes. Francoise Marie Leopardi, one of Joseph’s nieces, said, “his mother ensured that one of her maids (Nuzzi) washed his white vestments and kept his Dean’s vestments in order.” Joseph De Piro did not spend too much time at the family home, and his mother could not look after his daily garments. Some witnesses noted that he always dressed up neatly, but other said the opposite. His niece, Sr Marie De Piro said that, “Once, when my uncle came to see my mother, he was wearing a simple scarf and carried a broken umbrella. It was raining. He was very shabbily dressed, but this did not concern him. We thought that he should be more neatly dressed, not wearing an old overcoat.” Anna Sant Cassia, another niece, said, “… he did not spend money on his own clothes. He kept wearing his clothes as long as they were good.” Anthony Scerri, one of the boys who attended the catechism classes in Mdina, said, Jospeh’s mother “… complained because he did carry himself with the dignity of a monsignor, and his shoes were torn. At times I noticed that his torn shoes. I believe that if he had any money he saved it for the orphanages because he was more concerned about them than about his clothes or shoes.” Fr Alexander Bonnici ofmconv, his biographer, tried to strike a balance between these two groups of witnesses, “he wore a tidy cassock; but the clothes he wore underneath were patched up.”

Joseph’s relatives, especially his mother, trusted him greatly; he was his mother’s favourite son. Beatrice Cremona, one of grandchildren said that Joseph confided in his mother. She was the first to know about his decision to become a priest, and, he often wrote to his mother from Rome, and often these letters were quite intimate.

When Joseph returned from Switzerland he lived in Qrendi. In 1907 he was appointed director of Fra Diegu Orphanage. A few years later, Ursola thought of promoting her son. Through the archbishop’s secretary, she asked the archbishop to appoint Joseph canon of the metropolitan cathedral. Archbishop Peter Pace agreed and in 1911 Fr Joseph was made a canon of the cathedral, with the title of Monsignor. De Piro was only 33 years old.

The Servant of God could have lived a tranquil, comfortable and challenge-free life. He never declined the support of his relatives in the various ministries he carried out in the local Church, yet, when he started his society, he found little backing from the Church hierarchy and his companion priests. Instead, he met with discouragement from some of the Maltese bishops. Fr John Vella, the first priest-member of the society, said:

“I was asked to visit the Vicar General, Bishop Portelli. ‘You know which society I belong to,’ I said. ‘What a mess!’ Portelli answered…. Bishop Pace did not like to do De Piro any favours. More than once, the founder had asked Pace to approve the habit of the society. Pace always answered him, ‘Let them be an example.’ De Piro wished us to wear the habit; he tried to get this for a long time. The ecclesiastical authorities delayed his progress, they did not express much hope in what De Piro wanted to achieve. Portelli was as sceptic as his predecessor.”

To the above-mentioned challenges, one can add others like lack of money when De Piro needed to find a residence, provide food and clothing for the members of his society. He needed to provide for their academic, spiritual and religious formation and provide for their recreation. He faced the discomfort of not having time for himself, as he had to spend time the members and even to sleep with them. Often he had to travel as most of his work was in the southeastern part of Malta, while the society’s first houses were in Mdina, in the South west of the island. Transport was not comfortable, and De Piro used the public transport. He faced the discomfort of not having companions with whom to share his ideas, the first members were still young and coming from low-income families, and therefore not very educated.

If Joseph De Piro had lived with his family, he would have enjoyed popularity in the Maltese Church and society. Setting up the missionary society meant a detachment from honours and promotions in the Church. In the constitutions he prepared for the members of his society, the founder did not want them to accept any honours. To be an example for them he would have preferred not to have title of Monsignor.

Various civic opportunities would have placed the Servant of God in a highly esteemed position by those around him, with the possibility of becoming influential and powerful in society. Whenever a priest was given civil recognition, he was also promoted in the Church. De Piro was entrusted with several such responsibilities and but he could have been entrusted many more had he not accepted to run the orphanages and to start his society.

Living as a priest in his family environment would have provided the Servant of God with a sense of security; leaving that environment behind, and opting for a life dedicated to the poor and for evangelisation, offered De Piro discouragement, difficulties and opposition.