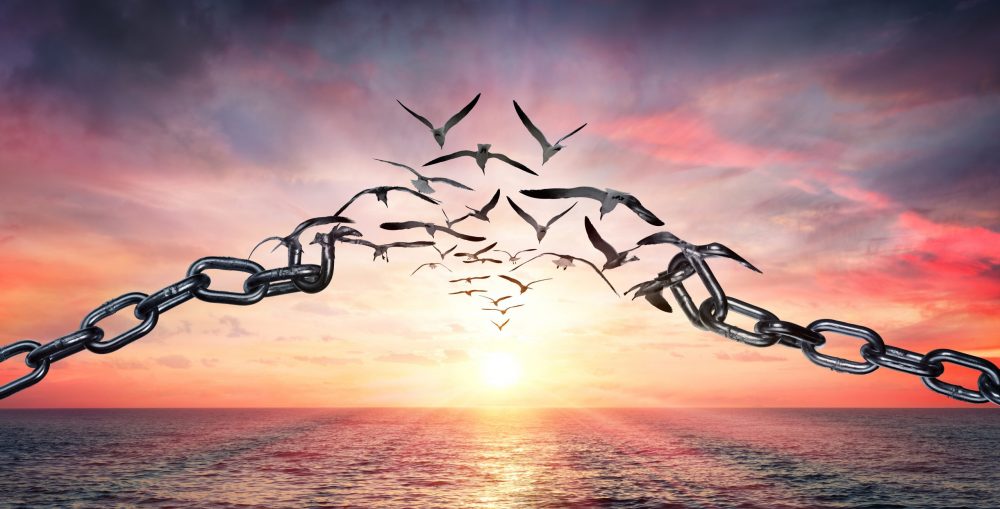 ‘Forgive your neighbour the hurt he does you,’ encourages us the author of the book of Ecclesiasticus in this Sunday’s first reading. How can we expect compassion from God if we ourselves are not ready to forgive and let go of our hurts, he insists?

This topic is taken up by Peter in today’s gospel reading: ‘how many times do I have to forgive?’ Jesus replies: ‘seventy-seven times!’ Jesus asks us to always forgive those who hurt us, and then proceeds to give us a forgiving parable.

The king (God) forgives his servant 10 thousand talents, an enormous sum of money when one considers that a talent is worth 100 denarii, or 100 days’ wages! It was impossible for the servant ever to pay back his master. Yet, after receiving this great act of generosity, he could was unable to forgive his fellow servant a small debt of 100 denarii! Our debt to God is far greater than any hurt that can be caused by our sisters and brothers, and hence we should be willing to forgive generously.

De Piro often encountered situations where he was required to forgive those who opposed him.

Joseph De Piro always loved others, yet there were still a few persons who hurt him one way or another by hindering him in the execution of the plans which were so close to his heart.

The Servant of God had been in contact with Fr Emmanuel Vassallo and Fr George Bugeja since his seminary days in Rome and his stay in Switzerland. He had shared with them his wish to join them at St Joseph’s Orphanage, Hamrun, after his ordination to the priesthood. On his return to Malta, neither Vassallo nor Bugeja invited him to the Orphanage. When Bugeja needed De Piro’s help, or some assistance by members of his society, he approached De Piro either to go to the orphanage himself, or send some of the members to St Joseph’s. Instead of feeling insulted over these requests, De Piro unhesitatingly gave his support.

The Congregation of Propaganda Fide, in the Vatican, did not comprehend whether De Piro’s society was to assist Maltese migrants or to work among the ad gentes people; they neither granted his society affiliation with the Congregation nor recommended it for a decretum laudis. As its founder, De Piro was very clear about of his society’s charism; he felt that he had clearly explained everything to Propaganda Fide. He would have been justified to react aggressively against the Prefect and the other officials of the Congregation. Instead, the Servant of God wrote a letter to Mgr Camillo Laurenti, Secretary of Propaganda, and showed him his great gratitude for the fact that the Congregation had offered him its help to recommend him to the Congregation for Religious.

Some members of the Maltese clergy could not understand De Piro’s ‘idea,’ some even obstructed his projects. Fr Louis Gatt, one of the first members of the society, spoke quite clearly about the founder’s reactions to all the opposition he met, “He was never angry with those who created the difficulties; he often said that he offered everything for Jesus.”

Fr George Bugeja and Fr John Mamo, who had joined him before the start of the society and at its very beginning, left him after a short while later, Bugeja returned to St Joseph’s Orphanage, and Mamo started his own institute he opened in Tarxien, one of the Maltese parishes. We do not have any information about De Piro’s relationship with Mamo, but we know that he continued to support Bugeja in his apostolate at the orphanage.

The behaviour of some of those who joined the society was not respectful towards the founder. Fr John Vella admitted: “I caused De Piro a lot of trouble, I often answered him back.” Vella said that the founder never shouted at the members who behaved in this way.

Some of members left the society after having received a good academic formation. Some observers, such as Fr Anton Buhagiar, were irritated by this. The Servant of God’s reaction was different: “I do not worry if they leave the society; I am pleased that they have acquired a good formation which they will carry with them in life. Jesus never forced any of his disciples to stay with him, who am I to do otherwise? God knows how to make use of the formation they have received and will one day give fruit.” Mother Pacifica Xuereb testified that De Piro had paid for the education of a young man from Sicily who had expressed a desire to become priest. At the end of his academic formation, this man changed his mind.

Others were even hostile to De Piro. Maria Assunta Borg, who worked at the Sacred Heart Workshop, was one of these. Still De Piro behaved very charitably towards her; he entrusted her with the left-over money and the furniture that had been used there, when the workshop folded.

During the events of the Sette Giugno riots in 1919, De Piro was abused by the rioters at least on three occasions. In the afternoon of Saturday, 7th June, the Servant of God was leaving the Law Courts accompanied by lawyers, Alfred Caruana Gatto and Serafin Vella. The three men had been working hard to persuade the Lieutenant Governor to protect the Maltese crowd from the British soldiers who were firing at them. The angry mob turned to the three men, and specially at De Piro, and said: “You are to blame for all this.” The next day, in the afternoon, Caruana Gatto and De Piro were on the steps of the opera house, trying to stop the mob from attacking of the Francia residence. Some criminals from among the people, started jeering at Caruana Gatto and De Piro. They swore at them and stole money from their pockets. On Monday morning, Bishop Angelo Portelli and De Piro tried to calm the people from the Archbishop’s Palace in Valletta. The Servant of God asked the people what they wanted. Some were heard saying, “We want to burn the bishop’s office.” The bishop’s office was certainly a very special place to De Piro! De Piro reacted positively to each of these offences and continued to address them as sons and daughters. Later, at the Commission of Inquest, he did not speak about the above mentioned abuses.

De Piro found his inspiration in God’s love for him, a sinner, and therefore God’s enemy.

When he was discerning his vocation to the priesthood, he wrote reasons in favour and against the priesthood. Among those in favour he wrote: “the desire to give myself totally to God, he who suffered so much for my sins.”

In another discernment process helping him decide whether to continue studying at the Ecclesiastical Academy and become a Church diplomat, or to go St Joseph’s Orphanage, Joseph wrote once more about God’s love for him a sinner. He remembered God’s love for him, choosing him for the priesthood, and his being an enemy of God through his sins.

In his sermons about God, De Piro generally preached about the Second Person of the Trinity. In the few sermons when he spoke about God the Father and he emphasised the divine mercy and forgiveness for the sinner, God’s enemy. “God is patient and waits, not because he cannot punish, or because he does not hate sin, he does it to give us a chance to reform ourselves and do penance.” In another sermon he said: “God waits, God calls.” In a sermon about Our Lady, De Piro spoke about God the Father as, “…our loving Father, who knows the weaknesses of his children; a Father of boundless goodness who has not abandoned the sinner …”

Speaking about the Son of God De Piro said that Jesus’ work of redemption, saving us, his enemies, was his greatest action: “The most marvellous value from which the incarnate Word draws his glory, is, without doubt, his being the Universal Redeemer.”

De Piro often referred to the letters of St Paul. He quoted the letter to the Romans 31 times, emphasising the glory of God’s love for us. He also referred to the letter to the Galatians (2:20) presenting Jesus as the one who has sacrificed himself for Paul. Speaking about the Eucharist, De Piro again quoted again Galatians 2:20. The Eucharist was the sacrifice of Christ for the love of humanity. De Piro was convinced of his own sinfulness.