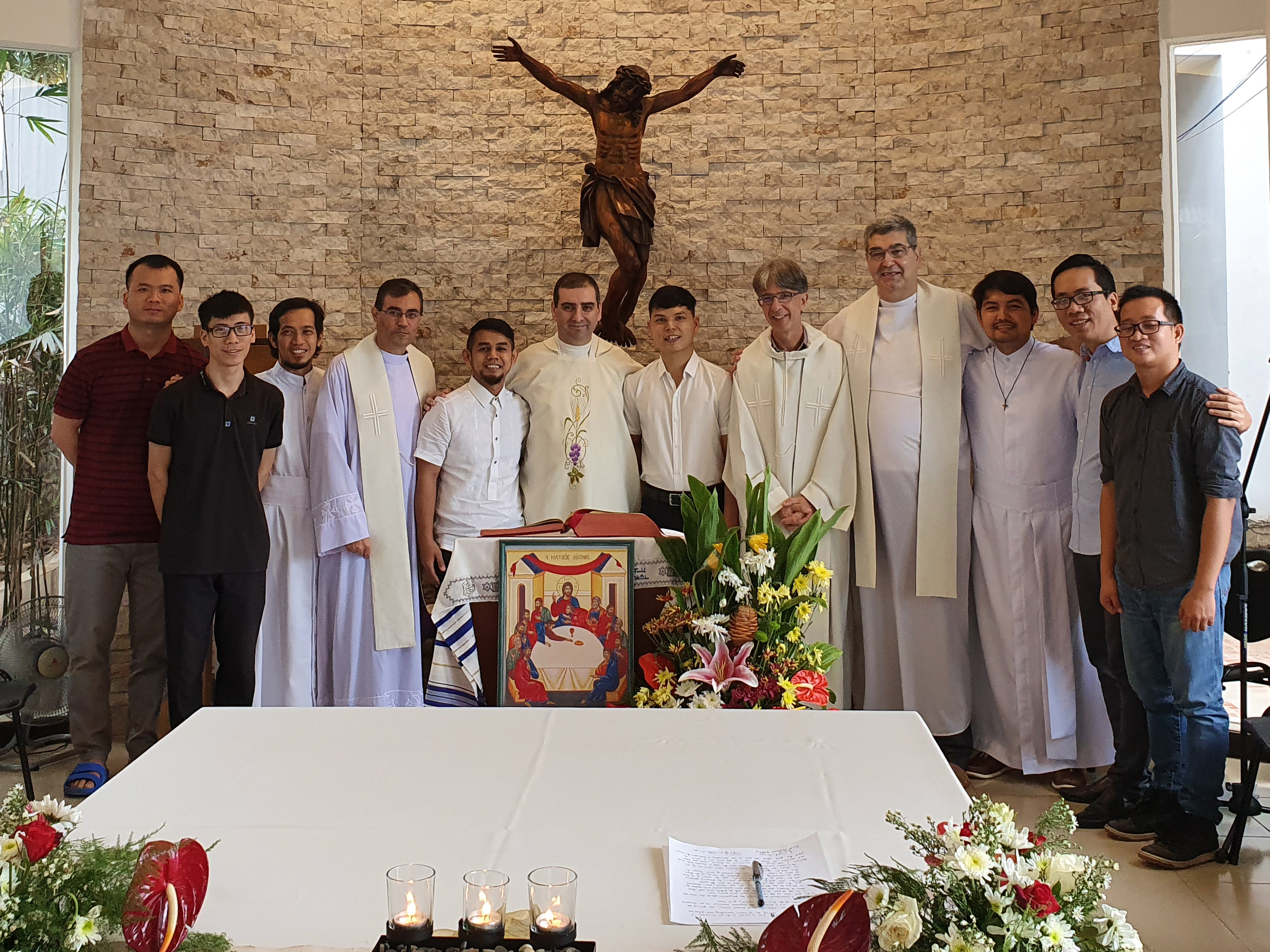 On Sunday, June 14, 2020, our Society was blessed with the beginning of another Noviciate, this time of two young members: Rush Tinhay, 34 years, from the Philippines, and Linh Tran, 29 years, from Vietnam.  Celebrating the beginning of a Noviciate is always a moment of joy for a religious community, as it brings renewed hope of new members who will continue the mission entrusted to the Society.

The Noviciate is the first year in which these candidates are recognized as members of the congregation, and during which they receive the foundations of our MSSP missionary life.  Both of them have been in contact with our community for the past three years, for the most part of which they were actually living in our community.

Rush, who is an agricultural technician by profession, comes from the southern part of the Philippines.  He owes his Christian formation primarily to ‘Lingkod ng Panginoon’ (Servants of the Lord), a Catholic movement founded here in the Philippines.  It is in our ministerial contact with this movement that Rush came to know us.

Linh, whose college studies are in music, comes from Vietnam, where, due to the control that the Communist Government tries to exert, Catholic tend to grow up as staunch believers, well organised in the formation of faith.  Linh met us in one of outreaches to Vietnam that we have been doing regularly in the past years.

The Church invites us to celebrate the beginning of a Noviciate in a simple way, as yet this is an initial stage during which the candidates are still discerning whether this life is for them or not.  However, given the present situation in the Philippines, this time the celebration was simpler still, as we could only invite a couple of our lay collaborators and vocational contacts to join us for the celebration.  Nonetheless, we streamed the celebration online, as we have been doing for the past Sundays, so that those people close to us could follow.

The Noviciate can prove to be challenging year, as the person, without the many distractions that he normally has in life, is invited face himself as he really is in front of God.  There, while he might discover his poverty as a believer, at the same time he will certainly discover the infinite mercy of God, who chooses us, not because of any merit of ours, but because of His great love towards us and towards His people.

For that reason, we would really appreciate your prayers, so that this will prove to be a fruitful year, for our brothers, Linh and Rush.

Fr Martin Galea is a the Novice Master of our formation community in Manila, while also being part of the MSSP General Council.