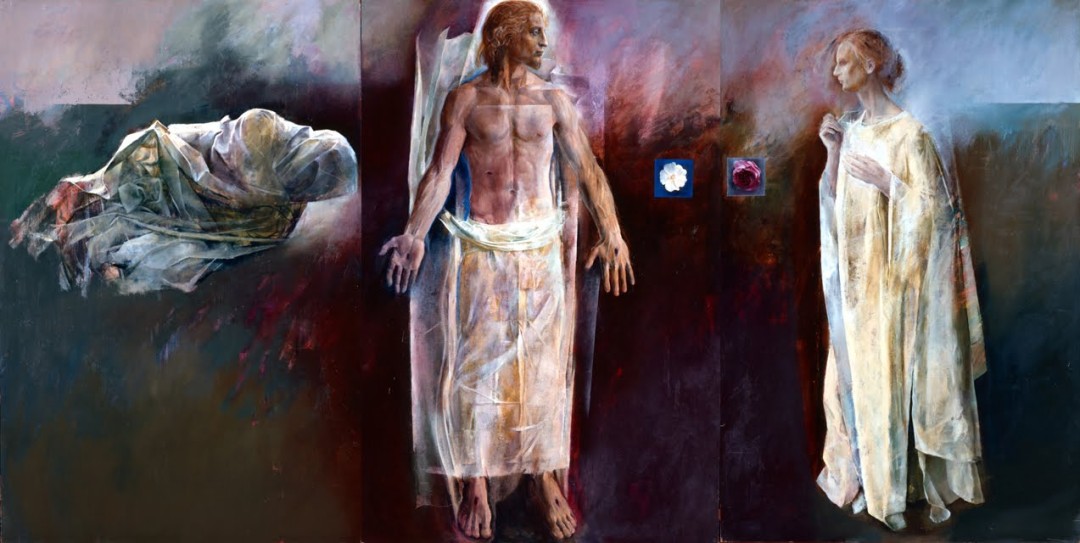 Behold, I make all things new.

“Trembling and bewildered, the women went out and fled from the tomb. They said nothing to anyone, because they were afraid.” Mk16:8.  The earliest manuscripts of Mark’s gospel end with this verse. For us believers in the 21st century it is quite perplexing to end such a central story so abruptly and with such a negative tone. The whole buildup of the Jesus narrative is somehow put into question by the same persons who were closest to Jesus and possibly the ones who would carry the flame into the new phase of the history of salvation. Even if Mark’s gospel was extended later on by 10 verses, the post resurrection narrative is very scanty and speedily wrapped up.

What is happening here? I am struck by a quote from Blasé Paschal when he says that: “In faith there is enough light for those who want to believe and enough shadows to blind those who don’t.” Faith is very tricky! It requires the whole person to embrace it and demands risks to be taken. Certainty, and not doubt, is the enemy of faith. For many of us who grew in an environment of faith; where the Jesus story was recounted to us over and over again; who entered deeper through some studies or scripture sharing into the mystery of our Salvation; we tend to take for granted the struggles of people who historically witnessed Jesus. Nothing was black or white. All that one day felt clear and certain about him was easily put into doubt next day by some legitimate religious authority or by Jesus’ way of doing things. So, belief in the whole of Jesus’ story was quite a laborious process.

Easter for the first Christian communities did not necessarily recur annually on the date but was a whole year process to come to terms with what happened with Jesus and his impact on their lives. Easter was a concrete event; it was a real person whom they both grieved and enjoyed personally. It was tangible in their lives, and it was creative in its expression.

On the other hand, centuries of faith, culture, tradition and even syncretism have produced an Easter which up to a year ago most of us where familiar with. It came on the date set by the lunar calendar and our mood was made to synch with the time determined by the liturgical year. These powerful symbolic gestures somehow helped us to enter into the Easter mystery.

But this year is different. Unplanned and not predicted, to our big surprise all that was routine and expected had to be drastically abandoned because of this global pandemic. Suddenly we found ourselves locked up, isolated, divested from our usual fret of the season and deprived of the essentials and non-essentials of our faith practices. For many Easter will be just a date on the 2020 calendar, now that the externals are no more. But for others this is a moment of grace. Like the first Christian communities Easter will probably be like the first one; quiet, unmarked by pomp, raw as an event, lived with those who are close enough to be quarantined with.

This is a test of our maturity in faith. For those who like the women at the tomb risk, out of love, to pick up the pieces of what was left of Jesus, they might encounter the central person of Easter and not the symbolic language surrounding him. This year most of the symbols will go silent and maybe it is a good opportunity to see where we stand in our relationship with Jesus. The presence of doubt and fear make our encounter with him real and personal. Like the women we might also try to convey our experience to those with whom we are in close proximity and become missionaries under the roof which we call home or community. Like the evangelist Mark, I feel that in such an early stage of our new experience there is not much to write, but much to trust.

In the 1986 film “The Mission”, after the virus of greed destroyed a whole tribe in the Amazon jungle, the producer gives us the last scene: a handful of young children climbing into their canoes rowing down the river – starting all over again. It is a bittersweet scene of loss and hope. New beginnings carry with them this possibility, that of shedding off old skin and taking on new challenges. Maybe without this pandemic Easter would have been a repeat of the past. In our current situation Easter may become a possibility for reinventing ourselves both personally and as Church, letting Christ be less of a symbol and more of a personal relationship.

See, I will create new heavens and a new earth.
The former things will not be remembered,
nor will they come to mind.
But be glad and rejoice forever in what I will create,
for I will create Jerusalem to be a delight and its people a joy.

Wishing you a blessed Easter.