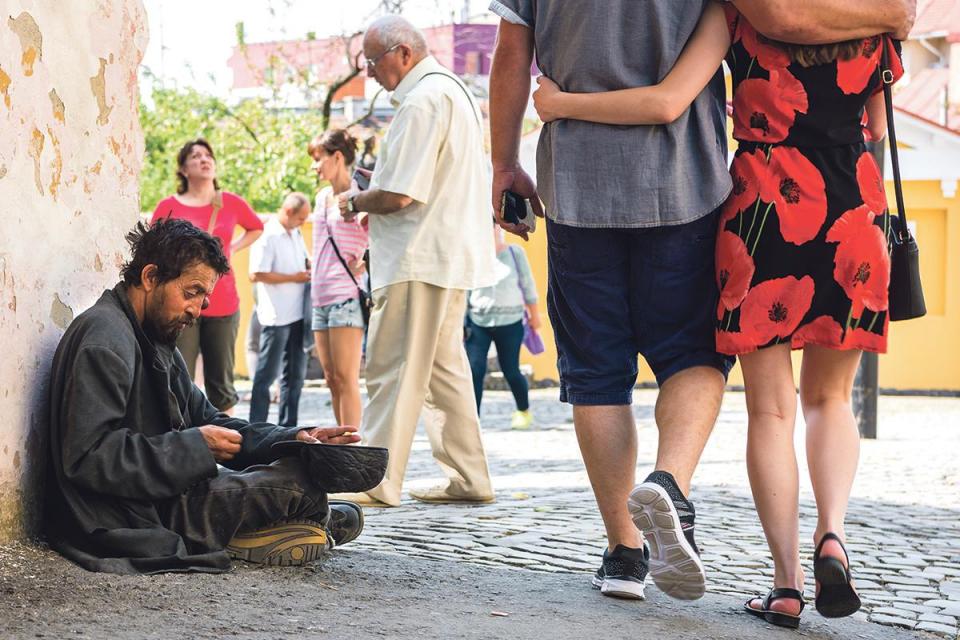 f it weren’t already used by the Archbishop of Milan a couple of years ago for the priests in his diocese, the title of this article would be deemed too provocative. Before anyone thinks I am about to expose some secret financial details, the debt I am referring to is not monetary in nature.

The image of the Church we have in mind is not organisational either, it is the community of Christians who have found a treasure in the person of Jesus Christ, who follow him in the concreteness of their life, celebrate the life they have received and have a consuming desire that others might also have a share of this treasure.

Every debtor has his creditor, and one might rightly ask whom the Church is indebted to. The problem, or rather the grace of the Church is that it has two creditors, not just one. Anyone who has incurred some form of debt always finds himself in a position of vulnerability with respect to his creditor.

The Church is first of all indebted to the Lord who loves His people time and again in their misery and sinfulness. “When we were enemies of God, we were reconciled to Him through the death of His Son” (Rom 5:10). What stems out of such a gratuitous initiative is not fear or self-righteous pride, but gratitude. It is a gratitude that is liberating, freeing the Church from the natural need of self-preservation, superficiality or grandiosity that tirelessly accompany those of us who struggle with our sense of self-worth. A Christian is not afraid of death (and the small daily deaths that come knock on his door) because he has already made the passage; he has already been freed from death’s grasp.

The Church’s second creditor is a friend of the first One (Jn 3:16). The month of October has a special significance for the Christian community because it serves as reminder of the credit the Church is for the world. When we celebrate the month dedicated to the missionary vocation of the Church, we remind ourselves of the significance of our presence in the midst of society.

For any Christian community that finds itself shrinking numerically or becoming more aware of its limits, the solace will never be found in bastions and fortresses but in a self-giving attitude that reaches out. The Church that is in Malta, all people in Malta who consciously and freely call themselves Christian, are indebted to society. Echoing Pope Francis, the Church is “not simply called to go through life, but to give life”.

The type of debt that every Christian has incurred towards the world comes in the form of witness, lifestyle, priorities, authenticity and so many other things that are becoming increasingly rare. The Church is not called to put up a show that nobody else can pull off, but to manifest in the messy, gritty and ‘human, all too human’ situations that life throws at every one of us, a human touch that is not just the work of our hands but the fruit of the grace we receive in the Word and Eucharist.

“Let no debt remain outstanding, except the continuing debt to love one another” (Rom 13:8). The missionary vocation of every Christian is a reminder that the Church is and will always remain in debt. The Church can never deal using the world’s currency. Its most valuable asset is the love by which it has been loved first, a love that does not come cheap but is to be given for free.

The article first appeared in Times of Malta on Sunday, October 13, 2019.