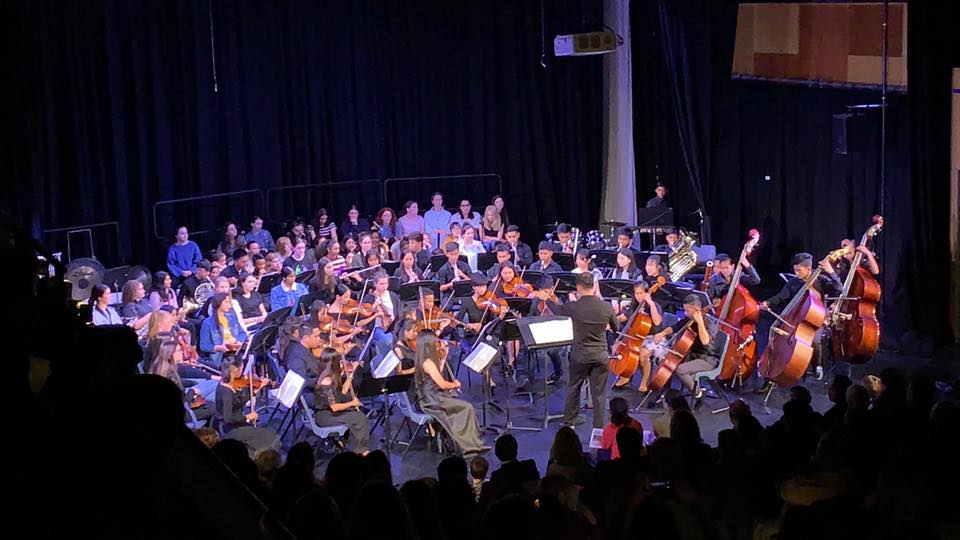 When the great French poet and novelist, Victor Hugo, said: “Music expresses that which cannot be put into words and that which cannot remain silent,” he may well have been describing the sentiments of the many people who were treated to concerts performed by the Jose De Piro Kabataan Orchestra in their inaugural tour of Australia over the past week.

Comprising of disadvantaged and impoverished young people from the area of Dinalupihan in the Bataan Province of the Philippines, the orchestra was established by missionary priest Fr Joseph Cremona mssp in 2013.  When Fr Joe first arrived at St Catherine of Alexandria parish, he was overwhelmed by the immense poverty and challenges faced by the community, particularly by the young people whose future was bleak because of lack of opportunities and a sense of hopelessness that prevailed. However, with a belief in the importance of education through the arts and in the power of music to transform lives, Fr Joe first embarked on a small music program designed to teach the children to play the guitar so that they might provide music during Eucharistic celebrations within the parish. However, this quickly expanded to a string orchestra which continues to attract children and young people from the surrounding areas of the parish.

The orchestra was named after Joseph De Piro, the founder of the Missionary Society of St Paul, the congregation to which Fr Joe belongs. The programme has now proudly developed into an incredibly talented youth orchestra. The group continues to develop with the increased initiation of new students into the music program. Now a fully-fledged orchestra with over 60 musicians, some of the young people have gone on to being offered scholarships at universities in Manila. As Fr Joe has said, “in this province it is beneficial for the children to have this opportunity, not only for the children themselves but for their families and for the whole community.”

With little resources and money, Fr Joe relies on the support of patrons and benefactors from overseas countries such as Australia, Malta and the United Kingdom to assist by providing musical instruments or by offering to tutor the children, very often over Skype.  The parishes of St James the Apostle, Hoppers Crossing North, St Bernadette’s, North Sunshine, and St John’s, Heidelberg are all under the pastoral ministry of the Paulists and continue to support Fr Joe’s vision by fund-raising and by organising mission immersion trips to the Philippines.

During this time of Pentecost, the story of the formation of this youth orchestra and their successful tour of Victoria is indeed a good-news story. To imagine that disadvantaged young people can reach such a leveI of musical excellence and could so willingly share their gifts, talents and hearts through music was soul-stirring for all those who were present.  The ways in which the various Catholic colleges and parishes were able to come together to host, feed and embrace these young people also speaks of the richness of our Catholic faith: that we witness not as individuals caught up in a privatised spirituality but as persons in community, devoting ourselves to others in brotherly and sisterly love, in solidarity and in our encounter with the other. This, it seems, is the true gift which these young people from Bataan were able to offer us in Australia through their music, their hope and their joy.